'That Hole Is Always In Your Heart':Gold Star Family Remembers Their Son On Memorial Day

His parents, Tony and Sheri Goode of Kalamazoo, Michigan, say even though Jordan Goode was their middle child, the young thrill seeker was a fierce protector of his two brothers, Domonique and Kelsey Goode. 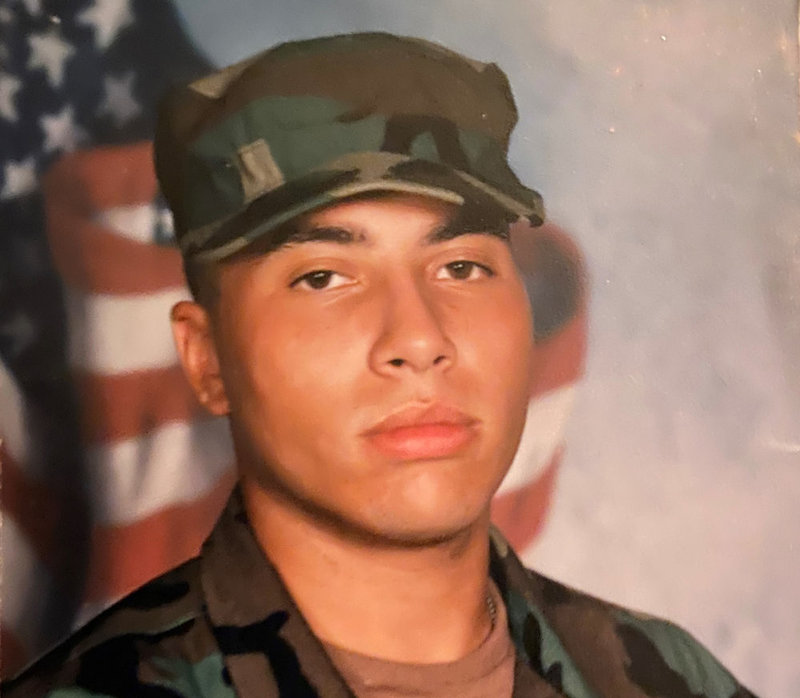 'That Hole Is Always In Your Heart':Gold Star Family Remembers Their Son On Memorial Day

SGT (Join to see)
Posted 1 y ago
PO1 William "Chip" Nagel
“You always wanted Jordan on your side because he would go to the ends of the Earth to protect you and make sure that everything was OK,” Sheri Goode says.

His love for others, especially his family, drew out that protective quality in him, Tony Goode says. Their son was also undeniably a people person: Tony Goode once brought his then-teenage son to work one day and Tony Goode’s coworkers all agreed that Jordan Goode could come back anytime.

Their son was also a talented artist who was offered, but declined, a scholarship to an art school.

Jordan Goode was only in middle school when the Sept. 11, 2001, terrorist attacks happened, but what unfolded on 9/11 stuck with him forever, his dad says.

“You never suspect that it would affect a young person so far away that hard. And we had many, many conversations about 9/11 from all sides of it,” Tony Goode recalls. “And I think that was one of those things where he thought maybe if he got involved, that he could be a help.”

So it wasn’t too surprising when he enlisted in the U.S. military in 2005 after he and his future wife, Aubrey Goode, discovered she was pregnant with their daughter, Amirah. To provide for his family, Sheri Goode says he decided to skip college, which would have taken too long, and join the Army where he was assigned to the 4th Squadron, 73rd Cavalry Regiment, 4th Brigade Combat Team, 82nd Airborne Division, in Fort Bragg, North Carolina.

Amirah was only 2 years old when she lost her father — Jordan Goode died while deployed in Afghanistan on Aug. 11, 2007, after a five-truck convoy he was leading exploded from a roadside bomb. He was 21 years old.

The Goodes say their granddaughter, who is now a teenager, is the “she-version” of their son in every way possible. “She looks like him. She acts like him. She is a jokester like him. She truly embodies him,” Sheri Goode says.
(1)
Comment
(0)
Read This Next
RallyPoint Home