PO1 William "Chip" Nagel
507
15
5
8
8
0
Stella Immanuel, a doctor at the centre of a controversy over unproven and potentially dangerous claims that an anti-malaria drug can treat Covid-19, is no stranger to conspiracy theories.

Facebook and Twitter have taken down the viral video in which she appears, saying it violates their policies about misinformation - but not before it was retweeted by Donald Trump and one of his sons.

The US president defended himself, saying he found Dr Immanuel, who was born in Cameroon and is based in the Texan city of Houston, "very impressive".

"She said that she had tremendous success with hundreds of different patients, I thought her voice was an important voice but I know nothing about her," he said on Tuesday.

Dr Immanuel, who is also a Christian pastor, gave a speech on the steps of the US Supreme Court in Washington, captured in a video first published by right-wing website Breitbart on Monday. 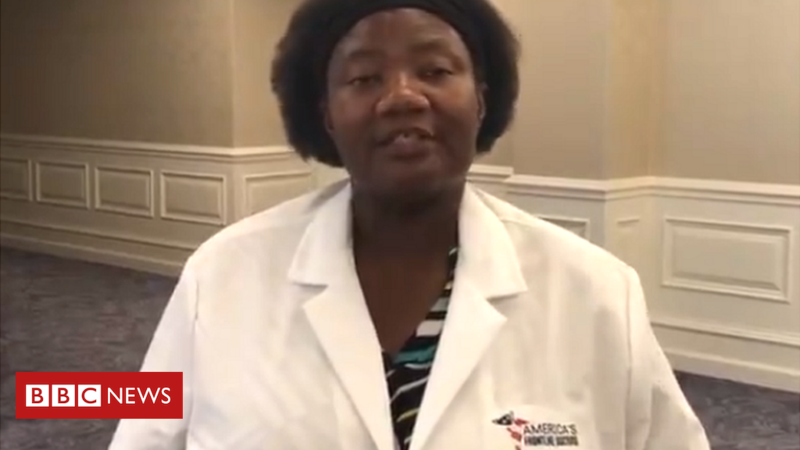