The service is in the earliest stages of the process, and no decisions have been made on the number of vehicles needed or whether to opt for a military-specific or commercial product, officials told Defense News. Procurement by the Air Force would be an unexpected boon for JLTV manufacturer Oshkosh Defense, which is eagerly looking to add to its customer base.

At this point, requirements have been formalized by Air Force Global Strike Command and are currently being vetted by the Air Force’s Security Forces Center and the Vehicle Supply Chain Operations Squadron (VSCOS), Air Force spokesman Capt. Chris Mesnard said. Once they are set in stone, Air Force Materiel Command will take the lead in the acquisition process.
The Air Force needs a specialized vehicle for missile field security to replace the aging Humvees currently in operation, Maj. Gen. Michael Fortney, vice commander of Air Force Global Strike Command, said in a December interview.

“We had been using up-armored Humvees for a long time,” he said. According to the Air Force, some of those models date as far back as 1998 and have not been modernized since their purchase, which Fortney said creates problems in upkeep.

“Those [vehicles] are no longer going to be supportable in the DoD after a certain point in time. So what is the right vehicle for that mission set up there?” he said.

Should the Air Force decide to buy into the JLTV program, it could benefit from the economies of scale inherent to such a large procurement. The Army and Marine Corps plan to buy a total 54,599 vehicles over the course of the program. The company delivered the first seven JLTVs to the Army and Marine Corps in late September. According to an Army statement, Oshkosh will provide about 100 vehicles over the next year for testing at Yuma Proving Ground, Arizona.
And once full-rate production starts in 2019, the services hope that lower-than-expected unit prices can drive bigger purchases every year, shaving about $6 billion in costs, Scott Davis, the Army’s program executive officer for combat support and combat service support, said in an October news release.

Air Force officials stressed that no decision to procure the JLTV has been made. In an emailed response to questions, Mesnard said the service believes both military and commercial, off-the-shelf vehicles may be able to meet its requirements. The Air Force on Dec. 21 issued a request for information on tactical vehicles that will be used to help the service identify potential options ahead of a competition.

Level 2 vehicles should also be able to meet speeds of at least 65 miles per hour, have a 3,000-pound payload capability, and have a fuel range of 350 miles while traveling at 35 miles per hour. The Level 1 vehicles have a smaller payload — only 1,500 pounds — but must be able to hit 75 mile per hour speeds.

“The number of vehicles AFGSC will buy depends on things like procurement cost, mix of light and medium variants, available budget, etc.,” Mesnard stated. If the Air Force does opt for the JLTV, the service has also not determined whether it would need Oshkosh to modify the vehicles for service-specific requirements driven by the harsh, frigid climates of the northern-tier missile bases.

Cost considerations and long lead time would likely preclude the service from purchasing a clean-sheet design, Mesnard said, adding that “the Air Force would only pursue a service-specific buy if a suitable joint vehicle was not available to meet mission requirements.”
A spokeswoman for Oshkosh declined to provide specifics about the company's level of involvement in the demonstrations to Air Force officials in Quantico, but signaled that the company would welcome adding a third US military service to its list of customers.

"While we defer to the US government on their program requirements and procurement plans, we are confident that the JLTV platform provides superior performance, off-road mobility and protection for all services, including the Air Force,” Jennifer Christiansen, Oshkosh’s vice president of global strategy and marketing, said in a statement. “Oshkosh stands ready to produce JLTVs for all services to ensure our troops receive the next generation equipment the need to successfully complete their missions." 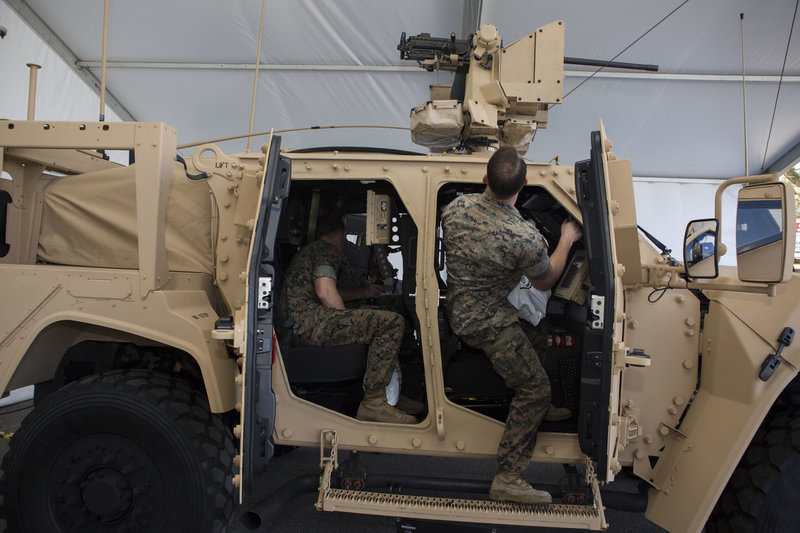 CPO (Join to see)
Posted >1 y ago
This is dumb, make them refurbish the MATV's and MRAPS like JERVE coming back from theater and leave the newer Vehicle to war fighters needing on front. They do not need a brand new tactical vehicle for defensive security operations when we already have many options in service that fit the make for that mission. I call AF money B.S. and they need to be called out for it.
(0)
Comment
(0)

LTC Stephen F.
Posted >1 y ago
Hopefully the USAF will select the Army and Marine Corps Joint Light Tactical Vehicle so that a common platform will be used by these three service which would streamline maintenance and logistics solutions SFC Joe S. Davis Jr., MSM, DSL.
I would expect that the Army's depot maintenance facility at Red River would be an optimum solution for depot maintenance for all three services vehicles.
(0)
Comment
(0)
Read This Next
RallyPoint Home