Theodore Roosevelt on Criticizing the President

PO2 Robert M.
11.6K
50
26
13
13
0
A passage attributed to Theodore Roosevelt holds that it is unpatriotic, servile, and morally treasonable to proclaim that there must be no criticism of the President. 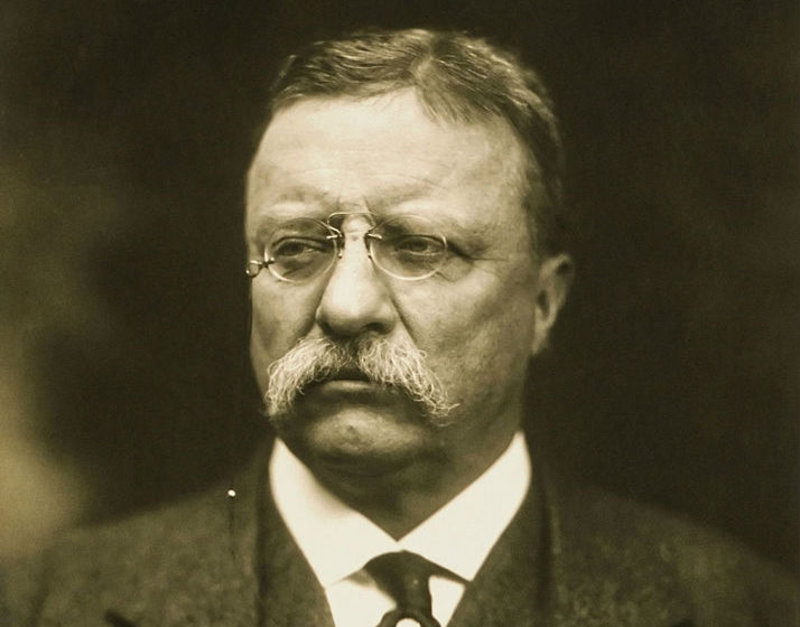 Theodore Roosevelt on Criticizing the President

Posted from snopes.com
Posted in these groups:

Office of the President (POTUS)
Posted 6 y ago
Responses: 10

MAJ James Woods
Posted 6 y ago
Trump is subject to the same criticism every other President and public figure has received. If he doesn't like it, he shouldn't have ran for President.
(5)
Comment
(0)

We keep seeing criticism that uses rhetoric and lies portrayed as fact. I have nothing against calling the man out for the actual things he has said or done but the constant twisting of facts / stats / words / and deceptive editing is getting old. The Media was the average Americans voice and club to make sure that those who run the nation did so at our behest and we will and are watching. When the media decided to pick sides we as Americans lost.

Report on what he is doing with out an agenda and I will listen, How about we start calling him out for his travel expense that's facts and numbers. Calling him out for his poorly rolled out Travel suspension was justifiable though Obama care was a larger rollout disaster end didn't get a fraction of the coverage... but I digress.

I don't like how Trump keeps whining like a Millennial he needs to suck it up and know they will never say anything nice about him. He could cure cancer and the left would make a MNT about the Doctors put out of work. And that's something they should pick on him for lol.
(3)
Reply
(0)

MAJ James Woods
6 y
PO1 (Join to see) - When the criticism is for the constant twisting of facts / stats / words / and deceptive talking points by Trump and his spokespeople then I support the criticism as long as it is fact checking.
Yes ACA rollout was a disaster for a few months at federal level but at state level it was a success and since then enrollment continued to grow. It wasn't perfect, has issues like any law and those issues should be addressed. The criticism should be factual and not fake narratives to sabotage which "death panels" was an example of that.
(2)
Reply
(0)

MAJ James Woods
6 y
PVT James Strait - I would say being called Muslim, socialist, communist, illegitimate, racist towards White Americans, traitor to America, etc is far worse than what Trump received cause all of it was hateful rhetoric with no basis of facts. Whereas, the criticism of Trump is actually based on some aspects of facts from his personal history, revelations from trusted sources, and from the comments he and his staff makes.
(0)
Reply
(0)

LTC (Join to see)
Posted 6 y ago
I think that when you reach that level you live in a glass house and everyone has the right to evaluate your actions.
(4)
Comment
(0)

SFC George Smith
Posted 6 y ago
interesting something from Snopes... the Clinton's fact checking source and cover up department...
(3)
Comment
(0)

MAJ (Join to see)
6 y
SFC George Smith Are you saying that Roosevelt didn't say that? There are numerous reliable sources that say he did. Or are you just poo-pooing the entire conversation because "snopes"?
(1)
Reply
(0)

SFC George Smith
6 y
MAJ (Join to see) -
Sir... I am saying I don't trust any thing Snopes Puts out... they have been a Clinton support arm and a Cover-up department for Both Of The Clintons since their inception...
Not doubting Roosevelt's Comments... just don't trust any thing the Snopes Pages...
(1)
Reply
(0)

MAJ (Join to see)
6 y
SFC George Smith - So, even if you know it's true, you doubt it because it made it on the Snopes page? Snopes is like any other media outlet - check the information and verify it through other sources.
(2)
Reply
(0)

PO2 Robert Aitchison
6 y
Everything on Snopes has it's sources listed. If the sources are wrong feel free to provide your own sources.
(3)
Reply
(0)
Show More Comments
Read This Next
RallyPoint Home