To Those Who Want More “Gun Control” and Think We Have a “Gun Crime Epidemic” in the U.S.A.

SGT Chris Wagoner
3.62K
58
61
7
7
0
I find it very distressing, and actually a bit disgusting, that there are people out there calling themselves “Americans” who do not understand the very basics surrounding the issue of firearms crime and use in the United States and yet are crying for the removal of certain firearms, or the reduction of the ability for law abiding citizens to arm and defend themselves. How can anyone with half a mind and says with a straight face that they are for disarming law-abiding citizens to try and reduce the number of murders by firearms in the US? In what fantasy world do they live in where murder, violent crime, school mass murders and virtually any other crime involving firearms has become an “epidemic” or “risen sharply”?

Why can’t those same people that cry for “common sense gun control” use that same supposed common sense they claim to have to look into and deal with the real facts surrounding firearms use and crime? The only answer I can see is that they have decided that they don’t care about facts, they don’t care about rights, and they don’t care about safety and would rather give up their rights to make themselves “feel” like they did something. I hear it over and over we have to do “something”! Why? And is a uniformed, ill-conceived something better than taking the time to look into the facts before taking action?

Read the rest at the linked article... 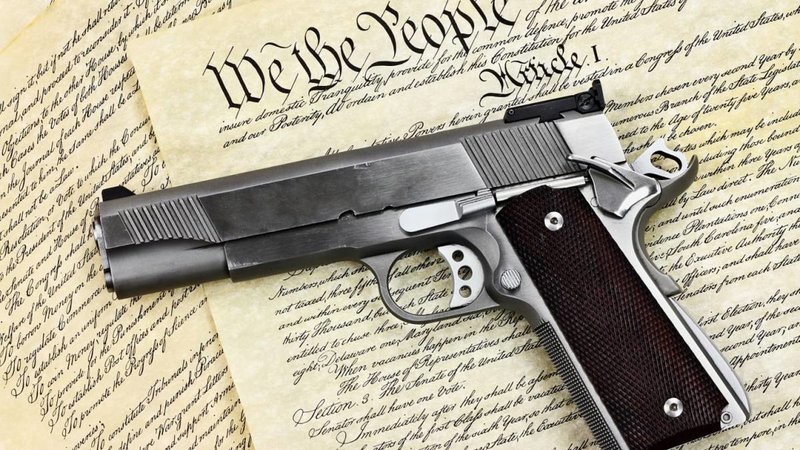 To Those Who Want More “Gun Control” and Think We Have a “Gun Crime Epidemic” in the U.S.A.

Posted from chriswagoner.us
Posted in these groups:

Self Defense
Posted 2 y ago
Responses: 8

1SG Dennis Hicks
Posted 2 y ago
There are no real sides as this is really not an issue, the constitution was put in place for a very good reason. You have folks who are emotionally invested in their argument and want to hear nothing else. The second amendment isn't up for debate and some people are to thick to realize this. They want instant gratification by restricting tre rights of honest law abiding citizens by using nice sounding phrases like "Common Sense Gun Control" which as usual will do nothing for the criminals that are committing these crimes, but they do get to feel like they "DID SOMETHING". There is no compromise as there shouldn't be because it always starts out with one side compromising then being told to do it again and again. They somehow think that gun violence will magically go away with their emotional good intentions, sorry never will stop as long as the elephant t in the room is not addressed. As long as we punish those who follow the law and do nothing to those that break it we will always have problems, you cant stop crime by punishing the law abiding for the actions of criminals. The very fact that we have courts, and prisons show you that laws don't stop criminals, they do what they want and rinse and repeat after they make bail or get cut loose after a slap on the hand.
(8)
Comment
(0)

LTC (Join to see)
Posted 2 y ago
All gun laws are victimless crimes. Every gun law punishes an individual who hurt no one.
(3)
Comment
(0)

CW3 Harvey Keck
2 y
Agreed -- other than laws ("malum in se") which increase penalties for the use of a gun in a crime, e.g. armed robbery with a gun is punished more severely than that committed with a club or knife.
It would appear we are all considered criminals, and are the victims of "malum prohibitum" gun laws.
“Laws that criminalize conduct not wrong in itself [malum prohibitum] to prevent crime before it occurs make the behavior of criminals [or psychos] the measure of the rights and scope of liberty that the law will permit to the innocent. [e.g. 'Assault weapons [sic] are dangerous in the hands of criminals, therefore, no one shall have them'].
Such laws tell the law-abiding that their rights and liberties depend not on their own conduct, but on the conduct of the lawless. That the law will permit the innocent to have only such rights and liberties as criminals will allow.” --- Jeff Snyder
(1)
Reply
(0)

CW3 Harvey Keck
2 y
MSgt Steve Sweeney - The good Major's "yes" is hereby endorsed. Over time, I have come to a Libertarian view of drug usage. If people are stupid enough to destroy their lives by drugs, they are free to do so.
Skeptic that I am, I find it more than co-incidental that drugs were not outlawed -- other than social scorning, until after Repeal of Prohibition. It appears to be a compensation to organized crime by government for the loss of the "cash cow" of bootlegging.
(1)
Reply
(0)

CW3 Harvey Keck
Edited 2 y ago
Posted 2 y ago
They use statistics the way a drunk uses a lamppost -- for support, not for illumination.
There was a presentation of "statistical findings" on guns by CNN.
I've got a few observations to make on CNN's presentation of their data.

After yielding the fact that “59.5% of gun deaths are suicides”, the 38.4% of gun deaths reported as “homicides” lumps together “murders”, “justifiable homicides” e.g. self-defense, and accidental shootings make up the missing 2.1%.

13.1% of active shooter incidents end when UNARMED citizens “safely and successfully restrained the shooter” ---- but they do not report how many were killed or wounded in such unarmed attempts. The father of Suzanna Hupp comes to mind. He was shot dead in his unarmed attempt to stop the killer in the Luby's mass-murder. How many others are there?

“Seven in 10 active shootings are in schools, businesses” ---- but they do not mention that virtually ALL those “active shootings” are in “gun free zones”, either by virtue of law or propriator sign-posting.

3.1% of the incidents were ended when “Armed citizens exchanged gunfire with the shooters”.

Since the overwhelming number of such incidents are in “gun free zones”, it is remarkable that armed citizens could be permitted to be ANY factor at all in stopping such a mass-murder.

It is also difficult to figure out what is meant by “exchanged gunfire”----- citizen and killer shooting at one another, or just the citizen shooting the killer. This also ignores at least one incident, a mall shooting ended when an off-duty security guard at the “gun free” mall was armed, and scared off the killer by pointing his gun at him. No “exchange of gunfire” in that case.
(3)
Comment
(0)

CW3 Harvey Keck
2 y
SSG (Join to see) - Agreed. When you take out gangbangers killing one another over "turf", and business disputes between competing pimps and drug dealers, and the sensitivities of thugs who feel "dissed", there isn't much murder left.
According to the FBI Uniform Crime Reporting records, there has been a long downtrend in violent crime, including a 51 year low in the murder rate in 2014.
That drop in crime was not disrupted by the concurrent astronomical increase in guns "in civilian hands" for nearly a decade now, to ~330,000,000. Neither has it been in any way negated by the now >16,000,000 CCWs issued in the USA. Nor was it disrupted by the easing of state gun laws (13 states now have "constitutional carry") which also has been concurrent with that drop in crime.
While it is true that "Correlation does not imply causation", the continuing drop in the crime rate while the number of guns in circulation has increased to such a degree, gives the lie to the simple-minded assertion "More guns means more gun crime/violence/death. It's simple math."
(2)
Reply
(0)

SGT Chris Wagoner
2 y
So given the choice of being unarmed or armed, and having that one chance to defend yourself vs. not, which do you want?
(2)
Reply
(0)

CW3 Harvey Keck
2 y
SGT Chris Wagoner - The answer is obvious to anyone whose IQ is greater than his hat size, unless he is a dedicated pacifist.
(2)
Reply
(0)
Show More Comments
Read This Next
RallyPoint Home