The Triangle factory, owned by Max Blanck and Isaac Harris, was located in the top three floors of the 10-story Asch Building in downtown Manhattan. It was a sweatshop in every sense of the word: a cramped space lined with work stations and packed with poor immigrant workers, mostly teenaged women who did not speak English. At the time of the fire, there were four elevators with access to the factory floors, but only one was fully operational and it could hold only 12 people at a time. There were two stairways down to the street, but one was locked from the outside to prevent theft by the workers and the other opened inward only. The fire escape, as all would come to see, was shoddily constructed, and could not support the weight of more than a few women at a time.

Blanck and Harris already had a suspicious history of factory fires. The Triangle factory was twice scorched in 1902, while their Diamond Waist Company factory burned twice, in 1907 and in 1910. It seems that Blanck and Harris deliberately torched their workplaces before business hours in order to collect on the large fire-insurance policies they purchased, a not uncommon practice in the early 20th century. While this was not the cause of the 1911 fire, it contributed to the tragedy, as Blanck and Harris refused to install sprinkler systems and take other safety measures in case they needed to burn down their shops again.

Added to this delinquency were Blanck and Harris’ notorious anti-worker policies. Their employees were paid a mere $15 a week, despite working 12 hours a day, every day. When the International Ladies Garment Workers Union led a strike in 1909 demanding higher pay and shorter and more predictable hours, Blanck and Harris’ company was one of the few manufacturers who resisted, hiring police as thugs to imprison the striking women, and paying off politicians to look the other way.

On March 25, a Saturday afternoon, there were 600 workers at the factory when a fire broke out in a rag bin on the eighth floor. The manager turned the fire hose on it, but the hose was rotted and its valve was rusted shut. Panic ensued as the workers fled to every exit. The elevator broke down after only four trips, and women began jumping down the shaft to their deaths. Those who fled down the wrong set of stairs were trapped inside and burned alive. Other women trapped on the eighth floor began jumping out the windows, which created a problem for the firefighters whose hoses were crushed by falling bodies. Also, the firefighters’ ladders stretched only as high as the seventh floor, and their safety nets were not strong enough to catch the women, who were jumping three at a time.

Blanck and Harris were on the building’s top floor with some workers when the fire broke out. They were able to escape by climbing onto the roof and hopping to an adjoining building.

The fire was out within half an hour, but not before 49 workers had been killed by the fire, and another 100 or so were piled up dead in the elevator shaft or on the sidewalk. The workers’ union organized a march on April 5 to protest the conditions that led to the fire; it was attended by 80,000 people.

Though Blanck and Harris were put on trial for manslaughter, they managed to get off scot-free. Still, the massacre for which they were responsible did finally compel the city to enact reform. In addition to the Sullivan-Hoey Fire Prevention Law passed that October, the New York Democratic set took up the cause of the worker and became known as a reform party. 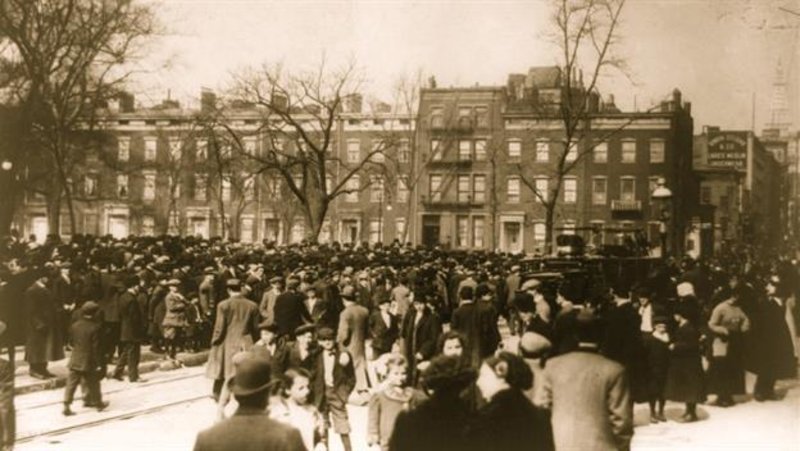 Alan K.
Posted 5 y ago
We studied this in H.S. among other tragedies........Amazing how little the average worker was protected and they complain today!
(1)
Comment
(0)

SP5 Mark Kuzinski
5 y
People were just happy back then to have a job and as you can see there was nothing to protect the workers.
(0)
Reply
(0)

SGT John " Mac " McConnell
Posted 5 y ago
Sad history. But on the positive side worker got safety rules and regs.. Thanks for the story. Mark
(0)
Comment
(0)
Read This Next
RallyPoint Home