LTC (Join to see)
691
65
15
13
13
0
While the mainstream media in the USA is playing down that vaccine mandates and lockdowns don't work hoping to protect the Democrats and President Biden, the local Canadian news media is not protecting Prime Minister Trudeau reporting that the truckers are out protesting in major cities (including mine)over the vaccine mandates required to cross the US/Canada border.

Some of the truckers have come from the USA are vaccinated but they come here in support of their fellow brothers and sisters.

It is all about freedom of choice.

It's pretty silly to say that it's all about health when truckers are like Hermits. These drivers are sick and tired of government overreach. Some of the left called and fascist but they have put clear big rigs out there and honking their horns to make their frustration everybody's. 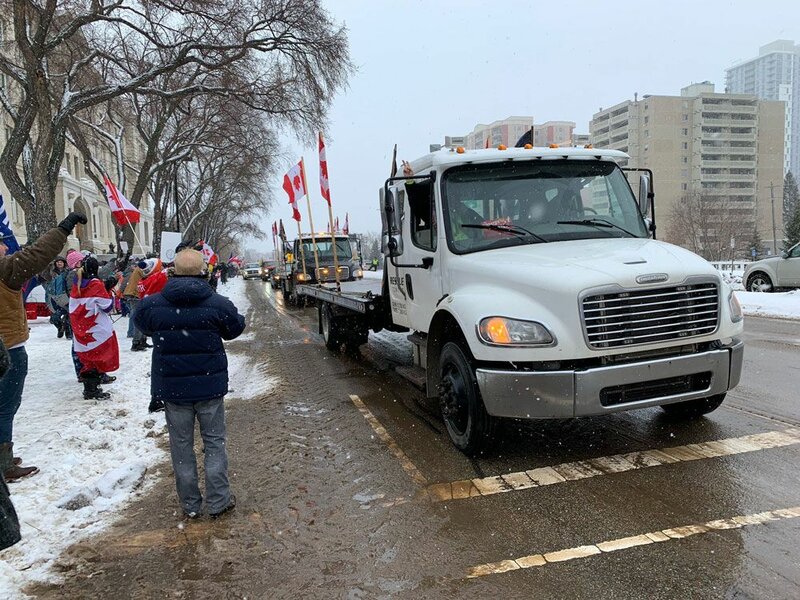 Posted from edmontonjournal.com
Posted in these groups:

SMSgt Lawrence McCarter
Posted 1 y ago
The government overreach in both Canada and the United States is pretty disturbing and so much in both countries depends on the service provided by trucking. Without the truckers the supplies including both retail and food don't get to the consumers. When here are shortages it due to socialist overreach by out of control government when all along the trucker already had the ability to get goods to market before this out of control mandate that are all about control by a small group and NOT in the best interest of the citizens or either country. I'm not against fighting disease and health concerns but that is NOT what this is about, it's unwarranted control by people on a power grab that have no concept or even care what is right for the rest of us. Wrong is still wrong !
(10)
Comment
(0) 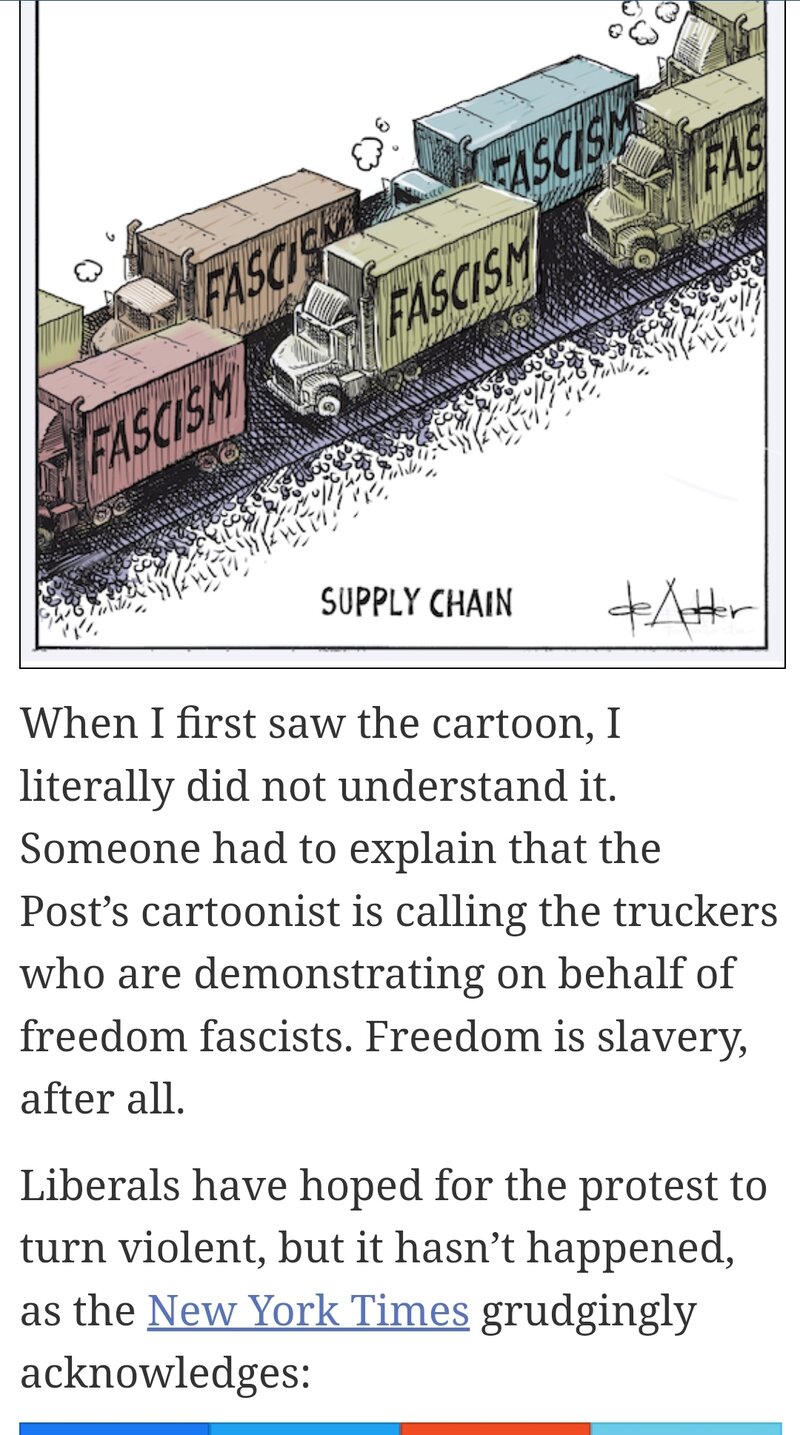 I hope they take their truck Convoy next to Washington d.c.
(3)
Reply
(0)

Maj Robert Thornton
Posted 1 y ago
What's lunacy is GoFundMe! They took in 10 million dollars for the truckers, gave them about a million then reneged and said the rest would go to established charity's. The backlash was so intense, they are now returning 9 million back to those who gave.
(7)
Comment
(0)
show previous comments

SPC Les Darbison
12 mo
Actually a peaceful protest no one beaten, no Cops assaulted, no riots no lotting, and no businesses burned down. Yet go fund me raised and distributed millions for ANTIFA and BLM. Not knowing where or what the funds would be used for. Like houses/mansions bought for BLM leaders and their family members. What would sleepy JOE say come on man give me a break!
(4)
Reply
(0)

Why Ottawa protesters seem to be a step ahead of police

Experts say the presence of former police officers within the ranks of the Ottawa protesters is giving them a tactical edge over local law enforcement. Watch...

It's great to know that you have three Attorneys General oh, and a few Governors like Ron DeSantis we're going to make sure that GoFundMe is penalized. Now there is a microscope on this leftist organization from Silicon Valley. It's okay when it's the anti-fascist closet fascist anarchists and black lying Marxist destroying the USA and asking for donations. The same kind of organizations that help get people out of jail and Kamala Harris was in with them. Now you have a peaceful protest. The mainstream media will say that there are Nazi signs but those are gone. They say that they desecrated the Tomb of the Unknown Soldier that was his one idiot peeing on the snow next to it. That has been cleaned up and they put guards there at at the Terry Fox Memorial to make sure nobody put signs or baseball hats on the Terry Fox statue and they put guards to make sure and the Terry Fox that you now house bouquets of flowers under it but the mainstream media in the USA keep saying that there are not seasoned execration because they don't want to legitimize the group. Now you find out that former Canadian police are part of the organizers.
https://youtu.be/ElcIVHpKyCs
LTC Stephen F. SMSgt Lawrence McCarter Lt Col Charlie Brown Maj Robert Thornton MAJ Roland McDonald SPC Les Darbison LTC Trent Klug

Don't be surprised at the planning in Canada helps with the execution of protests in Washington DC in a few weeks.

The mainstream media and some of you here will say it's racist and Nazi because you have nothing else better to do than to try to denigrate those people trying to fight for freedom and these include native Canadian indigenous truckers and truckers from every race colour and Creed and even of the lgbtq community. Still, you will find those haters because it can really severely hurt both the Trudeau and the brokeback Biden Administration.
(2)
Reply
(0)

MAJ Roland McDonald
12 mo
Maj Robert Thornton Me too on the lawsuits, but not too familiar with laws in Canada for lawsuits.
(2)
Reply
(0) 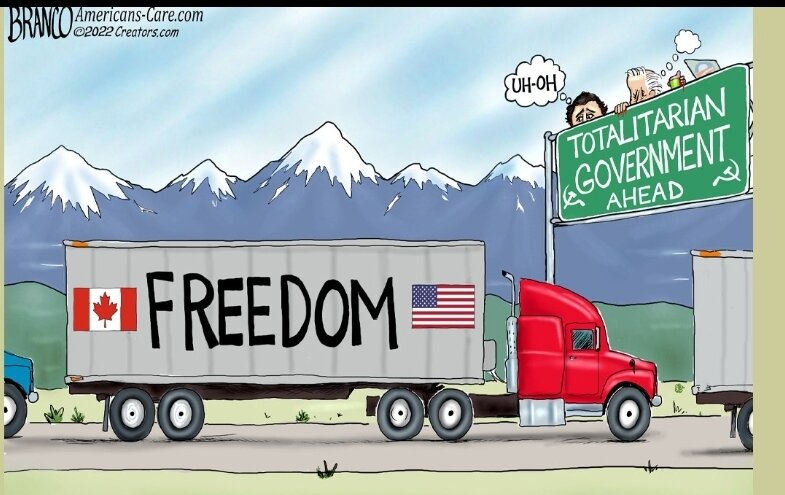