“Our foreign policy is a complete and total disaster. No vision. No purpose. No direction. No strategy.”Trump’s own outline was billed as a broad overview of his general philosophy on international relations and security, and stayed away from specifics on spending and diplomatic moves. Critics have blasted that lack of detail throughout his campaign, but so far it hasn’t seriously hurt him among voters.

One of the few specifics he did offer was in criticism of President Obama’s military spending strategy, which he repeatedly tied to the policies of Democratic presidential front-runner Hillary Clinton.

“Our active-duty armed forces have shrunk from 2 million in 1991 to about 1.3 million today,” he said. “The Navy has shrunk from over 500 ships to 272 ships during this same period of time. The Air Force is about one-third smaller than 1991. Pilots flying B-52s in combat missions today. These planes are older than virtually everybody in this room.”

The solution, he said, is ensuring that the military is “funded beautifully” but also added “we will look for savings and spend our money wisely.” That includes not just the Pentagon but also “our trade, immigration and economic policies to make our economy strong again.”

Trump also chastised NATO allies for not spending enough on their own defense forces, vowing to make them accept their fair share of the expense and responsibility.

“The countries we are defending must pay for the cost of this defense, and if not, the U.S. must be prepared to let these countries defend themselves,” he said. “We have no choice.” 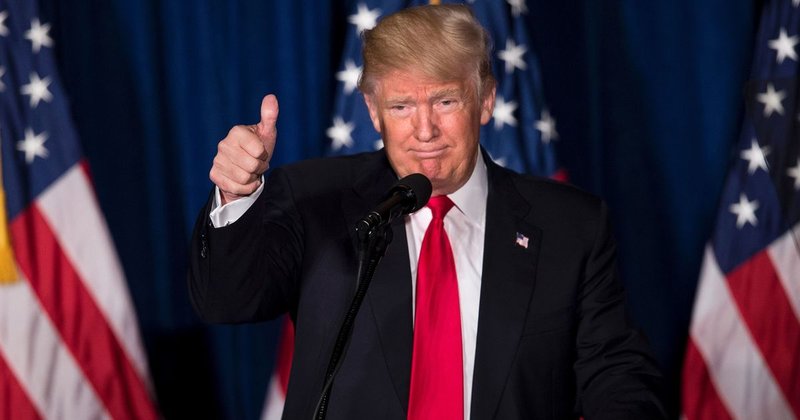 SFC (Join to see)
Posted 5 y ago
Lord some one please stop this guy. He will ruin our country
(3)
Comment
(0)

PO1 (Join to see)
Posted 5 y ago
Every time Trump says he is going to have someone else pick up the tab for one his "ideas" I just start laughing.
(2)
Comment
(0)

MCPO Roger Collins
Posted 5 y ago
We have volunteered to be the global policeman for the world, while accepting the highest cost for all the entities that are supposed to take care of business as a group, even acting on our own, cost and people. Trump is correct. We would have more funding to invest in our own national defense, if others paid their share.
(2)
Comment
(0)
Show More Comments
Read This Next
RallyPoint Home