Trump should send migrants to Guantanamo

MAJ Montgomery Granger
1.4K
27
8
4
4
0
I don't disagree out of hand with this creative salve on the open wound that is our southern land border with Mexico. The reasoning of the author, I believe is sound.

The military can act fast to ready and then use the area formerly known as Camp X-Ray, which was used in the 1990's for Haitian and Cuban migration crises. Be it known however that these accommodations are spartan at best. They consist of rows of mere dog kennels, with concrete slabs, chain link fences and corrugated metal roofs.

These cell blocks were created to separate the trouble makers during the boat crisis. The rest of the immigrants were held in group zones, or tent cities. Camp X-ray was used again in early 2002 to hold just under 300 unlawful combatant Islamists mostly captured on the battlefields of Afghanistan in Operation Enduring Freedom, which followed the attacks of 9/11 in the fall of 2001.

Improved accommodations were constructed quickly, and by April 2002, all detainees in Camp X-Ray were moved to the new Camp Delta.

For the current situation, Camp X-Ray would need to be revived. But I also agree with the author about the effect Gitmo would have on the Mexico border detainees. Gitmo would be safe & secure but NOT fun.

The mission at Gitmo is intense and difficult for troops. Soldiers will do what they are asked to do, but missions like this always tax Reserve and National Guard troops, because the bulk of those troops are Combat Support and Combat Service Support troops. These folks are the fabric of their communities, as they work civilian jobs often similar to their military occupational specialties. Military medical personnel are your home town docs, nurses, EMT's, PA's, physical therapists, etc. Military Police are often local sheriffs, county and city police officers, corrections officers, etc. Truck drivers, mechanics, cooks, logistics experts, restaurant workers, educators, electricians and carpenters also make up the myriad specialties that it takes to run a large detention operation.

Families get separated and then come back to difficult realities with spouses, employers, landlords and such.

My recommendation to the Chief Executive is that if there is a way that this cup may pass, then do what is necessary to solve the issue, even if it means doing it on the Mexican side of the border, but do not use the facilities at the US Naval Station at Guantanamo Bay, Cuba, unless there really is no other alternative. 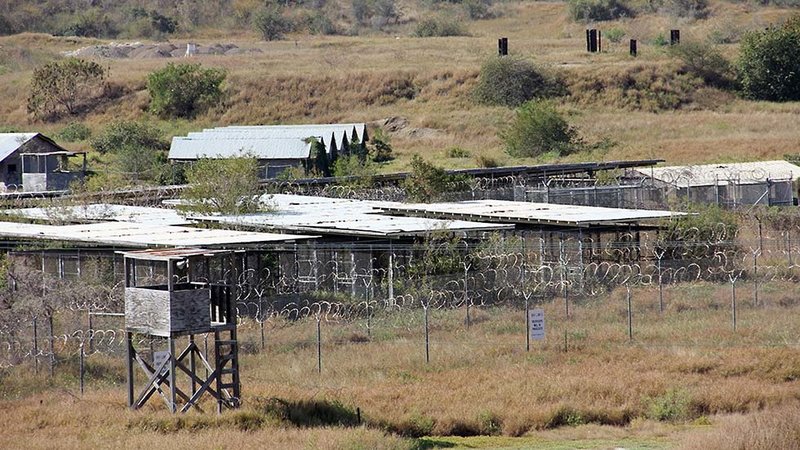 Trump should send migrants to Guantanamo

MCPO Roger Collins
Posted >1 y ago
I like the plan. Even better, no guards or gates. Kind of a reverse Mariel Boatlift.
(3)
Comment
(0)