PO1 William "Chip" Nagel
641
8
1
8
8
0
Many of the nearly 5,000 troops from the 82nd Airborne Division who arrived in Poland last week are working with Polish forces to set up processing centers for tens of thousands of people, including Americans, who are expected to flee neighboring Ukraine if Russia attacks the country, U.S. military officials say.

The Biden administration has repeatedly said U.S. troops will not fight in Ukraine or rescue Americans trapped there by a Russian attack. But U.S. commanders and their counterparts in Poland have been preparing parts of several Polish military facilities and erecting tents for possible evacuees.

So far, American officials said, there have been few, if any, people who have sought to use the facilities. But a large-scale Russian assault on Ukraine could result in one million to five million refugees, with many of them pouring into Poland, Pentagon officials have estimated. 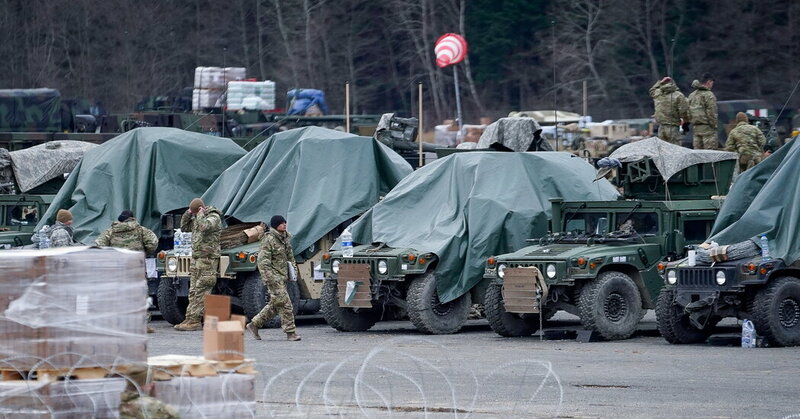 SGT (Join to see)
Posted 7 mo ago
PO1 William "Chip" Nagel It's going to get very ugly.
(0)
Comment
(0)
Read This Next
RallyPoint Home