Ukrainians have arrived at the U.S.-Mexico border by the thousands

PO1 William "Chip" Nagel
579
6
3
4
4
0
Ukrainians fleeing the war have been arriving at Mexico's northern border cities by the thousands. There, they are presenting themselves to U.S. border agents and asking for temporary admission to the United States on humanitarian grounds. Thousands of Ukrainians have been let in — availing themselves of the avenues that the Biden administration has opened to ease their admission into the U.S. faster than people who have come from other countries.

But so many Ukrainians have arrived that a backlog has formed. 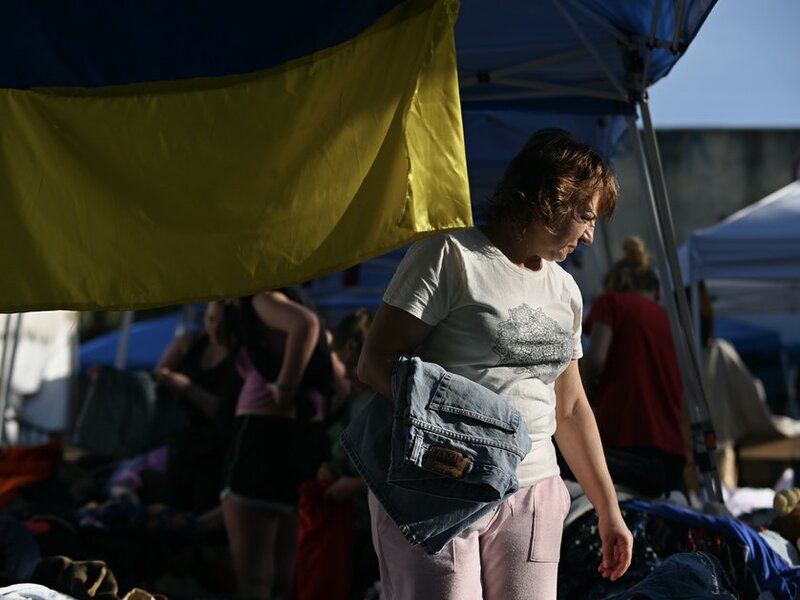 Ukrainians have arrived at the U.S.-Mexico border by the thousands

Posted from kuow.org
Posted in these groups:

SGT (Join to see)
Posted 6 mo ago
PO1 William "Chip" Nagel
..."But so many Ukrainians have arrived that a backlog has formed.

In Tijuana, Mexico, across from San Diego, the swelling numbers spurred into action a massive volunteer effort organized by Ukrainian-Americans and others with ties to the region. They established a sprawling makeshift shelter, brought trays of Ukrainian food from Los Angeles and San Diego, and coordinated with immigration agents to shuttle large groups to the border for processing.

Despite their quick mobilization to ensure a measure of comfort for thousands of refugees nearing the end of their journey to safety, their efforts have been overwhelmed by the unending flow of new arrivals.

Here are some of the people whose lives have converged at the U.S.-Mexico border thanks to a war a half a globe away."...
(1)
Comment
(0)

MAJ Roland McDonald
Posted 6 mo ago
Interesting. But thay actually do have a humanitarian crisis going on in their home country.
(1)
Comment
(0)

SSG John Oliver
Posted 6 mo ago
I would not want to be stuck in Tijuana. Chances of survival would be better in Ukraine
(0)
Comment
(0)
Read This Next
RallyPoint Home