SFC (Join to see)
1.67K
33
16
7
7
0
Four months after Veterans Affairs officials announced leadership changes at the agency's suicide hotline — and praised employees following a scandal over dropped calls — the line's director has resigned and some staff members still answer as few as one call a day.

Documents obtained by Military Times indicate that Veterans Crisis Line Director Gregory Hughes, hired in January to lead the troubled call center after reports that callers were placed on hold or sent to a voicemail system, resigned effective June 17.

Hughes' departure for family obligations comes as a government watchdog agency reported that the service needs improvement, including its text message response system, which appears to be in disarray.

According to a Government Accountability Office report released Monday, 73 percent of calls made to the crisis line during a two-month period in 2015 were answered within the VA's standard of 30 seconds — a response time that ensures the call is answered in the VA's Canandaigua, New York, call center and not routed to a backup center.

But emails from Hughes to his staff in early May 2016 indicate that matters only got worse — roughly half the calls received at the Crisis Line rolled over to the backup centers because they weren't answered within 30 seconds.

By late May, those figures had improved, to between 35 percent and 40 percent, but still were above the GAO estimate of 27 percent, according to the emails.

"If we continue to rollover calls because we have staff that are not making an honest effort, then we are failing at our mission," Hughes wrote.

GAO also found that text messages to the center went unanswered. Four of 14 messages, or 28 percent, texted to the center in a test by GAO did not receive a response. Of the remaining 10 test text messages, eight received responses within two minutes and two within five minutes, according to the report.

The agency also noted that VA does not routinely test its system and relies on its provider to track the information.
The VA's goal is to answer 90 percent of crisis line calls at Canandaigua, because responders at the facility have access to veterans' medical records, addresses and contact information if the vets receive VA compensation or health care.

The contracted backup call centers cannot access this information, and they do not always follow procedures established by the VA, according to GAO.

A crisis line employee also told Military Times that VA is unable to follow up with a veteran after a call is routed to a backup center, nor can those backup centers pass information on the call back to VA.

"If a veteran commits suicide after being routed to a backup center, we have no way of knowing or tracking it," the employee said.

VA has implemented a number of improvements at the Crisis Line in the past year, to include upgrading communications equipment, hiring new employees, expanding office space and staggering shifts to ensure that employees always are available to take calls.

But Hughes told staff that many calls were being routed to backup centers because some staff members routinely leave before their shifts end, they refuse to go to the office building they are assigned to, and some responders take as few as one to five calls a day.

"We have some truly outstanding staff here who are very committed to their positions. These staff are routinely handling 15 to 20 calls daily and the quality of their calls [is] excellent," Hughes wrote. "We have other staff that are taking 1-5 calls a day and this cannot continue ... what we have seen is that there are staff who spend very little time on the phone or engaged in assigned productive activity.”

The VA employee Military Times spoke with said some staff members did not take calls within an hour of their shift ending as they didn't want to extend their work day.
In February, the VA inspector general found that at least 23 calls from veterans, troops or family members in fiscal 2014 went to a voicemail system and were never returned.

The investigation also found that employees at the backup centers were not trained properly or lacked the experience to help veterans in a mental health crisis.

VA officials said the department had taken a number of measures to improve the line before the inspector general's report was published. The Veterans Crisis Line, [login to see] , Press 1, has seen its volume swell from 164,000 calls in 2011 to 534,000 in 2015.

Deputy Secretary Sloan Gibson traveled to the main call center in New York in February to express support for Crisis Line employees, whom he called heroes.

“The simple fact of the matter is the operation at the Veterans Crisis Line today does not bear any resemblance to what happened then,” he said.

But both the GAO and internal memos indicate that problems persist.

In an email that went to all VCL employees, Hughes chastised the under-performers.

"Under our new leadership we are receiving significant additional resources of equipment, technology and personnel and we have an obligation to [our department] as well as veterans to make the most of these resources," he wrote.

The GAO recommended that VA monitor and test its text message system and develop performance standards for responding to texts. It also said VA should continue working with the Department of Health and Human Services to ensure that other suicide hotlines in the country respond appropriately to veterans.

A VA spokeswoman said changes at the Crisis Line, including increased monitoring of employees and better technology allows VA to track incoming calls and counselors' work loads better than leadership could previously, including when the GAO examined the service.

She added that that the line is adding several new employees this month, a move that will have more responders "taking calls than at any point in our history."

"Deputy Secretary Gibson has repeatedly said that we will make the Veterans Crisis Line a gold standard facility and that the [line] has traditionally been undermanaged," VA spokeswoman Victoria Dillon said. "Already we have made important organizational changes to better support our life-saving counselors."

In their response to GAO, Veterans Health Administration officials said the VA is taking steps to resolve issues and is "making further improvements to the Veterans Crisis Line, ensuring veterans in crisis reach one of our trained responders in a timely manner." 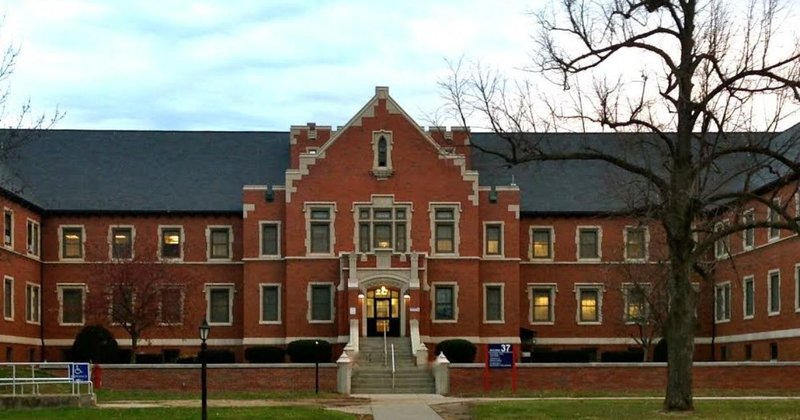 LTC Stephen F.
Edited 5 y ago
Posted 5 y ago
Very sad but not unsurprising news SFC (Join to see)
I am very sad that in the critical role of suicide prevention crisis line management the VA missed the boat. It takes very special people to be able to work the suicide prevention crisis lines - it seems the VA may not have found [edit] enough suitable personnel for this function.
(4)
Comment
(0)
show previous comments

SGT (Join to see)
5 y
LTC Stephen F., CW2 Shawn Stevenson, I have been going to the VA for sixteen years. I attempted suicide twice. I worked a suicide hotline for two years. In sixteen years at the VA and two at the crisis hotline, I have lost some great VA friends to suicide, and one on the suicide hot line. By the grace of God, my attempts didn't work. After my two attempts, is when I realized I needed some help, fast. My wife took me to the VA. I spent a month in the suicide watch part of the Mental Health department. I received shock treatments which screwed up my short term memory, but I was much better after I left the suicide watch program. I still think about it sometimes, but I say a prayer and leave it up to God and my training I received at the VA, to get me out of trouble.
(4)
Reply
(0)

LTC Stephen F.
5 y
CW2 Shawn Stevenson - thanks, I accept your apology. I know you were not trying to insult me in any way. One of the difficulties in communicating on this forum is that it is a one way message. If we were talking in person, it would be much easier to communicate.
FYI SGT (Join to see)
(3)
Reply
(0)

CPO Amb. Terry Earthwind Nichols
Posted 5 y ago
Once again, the VA has placed a new program into the system before they were able to manage it properly. Now they are overwelmed by a program too small to work efficiently. Sad.
(1)
Comment
(0)
show previous comments

CW2 Shawn Stevenson
5 y
The phones don't even come close to ringing off the hook.... There are no wait times or disconnects. How would you run this company my friend?
(0)
Reply
(0)

CW2 Shawn Stevenson
5 y
If someone calls the Health Resource Center and does not get through that is not the same thing as a vet calling the crisis line. Fox news does not want you to distinguish between the two.
(0)
Reply
(0)