COL Mikel J. Burroughs
3.28K
16
6
4
4
0
RP Members why did it take the Vietnam War and 911? What happened during WWII and the Korean War? My father has had PTSD his entire life after stepping on a "Bouncing Betty" landmine! They called it Combat Stress!

Doctors learned a great deal about post-traumatic stress disorder in the years following the Vietnam War.

But Keane believes it was the 9/11 attacks -- which shook America far beyond the attack locations in New York; Washington, D.C., and Pennsylvania -- that brought PTSD home to the country as a whole.

"Now everyone understood the issues of trauma, issues of war -- there was no question," Keane told Military.com. "And people knew more about PTSD after 9/11 within a week. That was a major change in this country." 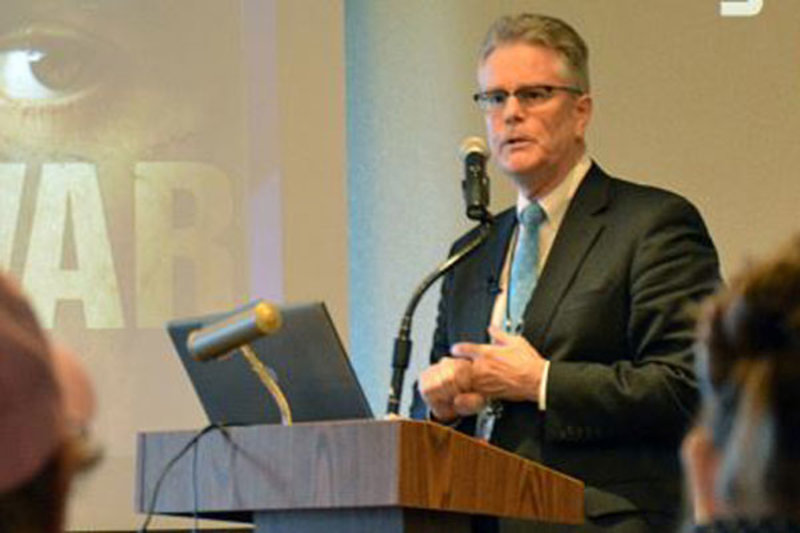 Maj John Bell
Posted 5 y ago
Sometimes when people thank me for my service, I think there is an element of pity, as if America simply too much. Behind marriage and parenthood, having a chance to serve is what I'm most grateful for. I feel I should thank America for letting me serve, and I feel sorry for those that haven't served their community in the military or as a first responder. No straw death for me.

Having said that, I never experienced combat. However, I have seen been called to react when people lost life or limb in training accidents and non-combat operations. I have been a civilian volunteer firefighter and EMT, where I saw things that God never wanted human beings to see. I have been in short duration, dangerous situations where my death or permanent disability was better than a 50-50 possibility. Finally, I saw my 12 year old son fatally struck by a car. I do not believe those things are the same as prolonged exposure to a combat environment. But they are my only frame of reference. As such, there is a strong possibility that what I am going to say is offensive and worthless, and not valid for all people. So, I apologize in advance. None-the-less, I offer my opinion in good faith.

When I dealt with personal PTSD, I remembered the example and expectation of strong male role models from my past. They were more like the General Patton "slap em straight" type than the "we'll make allowances and let's talk this through" type. None of these men ever denied that my pain and grief was real, or that it had the potential to destroy me. But they never, never, never gave me permission to put down my pack and feel sorry for myself. These men who saw more than their share of combat and tragedy, made it clear that they empathized with me only if I would take responsibility for continuing to stand. My wounds were not fatal. What happened to me meant nothing. The only thing that mattered was what I did next, and next, and next, ....... etc.

My lowest time came when my son was killed. I could have easily crawled into a bottle of booze. Historically that is what the men in my family did. The next day, my father-in-law and my wife's maternal grandfather looked me in the eyes and said "You have a wife and daughter that are still here. If you stop doing your duty as a man by them, we'll beat you silly and take them out of your life. Enough said?" And it was enough said?

Later that day, a social worker explained that my wife and I needed to face the fact that we would probably be divorced within two years. She never had the chance to utter another word before I showed her the door. Too often, well-meaning Dr. Spock, feel good, it's not your fault or responsibility social justice warriors unintentionally emasculate us, by giving us permission to "deal with it". Personally I prefer to bury the past and live with but never show the mental scars. I've survived 18 years with those wounds. They still hurt and occasionally re-open but I've never stopped meeting my duty.
(2)
Comment
(0)

SSG Audwin Scott
Posted 5 y ago
It's sad it took this long, especially for those that stood and sacrificed before us.
(2)
Comment
(0)

SGT (Join to see)
Posted 5 y ago
I imagine lack of communication didn't help, since many did not talk about the wars. They just went on living life and dealing with their symptoms however they did. Not to mention the stigma that was on the Vietnam War. 9/11 was the first mass traumatic event that most people outside veterans or violent crime victims experienced since Pearl Harbor.
(2)
Comment
(0)
Show More Comments
Read This Next
RallyPoint Home