When A Military Family Becomes A Gold Star Family

When A Military Family Becomes A Gold Star Family!

The son of a fallen Navy SEAL recounts the day his family found out his father died in this recently published novel.

This is an excerpt from “My Father’s Son,” a new novel by Andy Symonds, the son of a Navy captain.

It was my mom’s scream from downstairs that finally shook me out of bed that morning. It couldn’t have been more than a moment after the doorbell rang and she left my room, but somehow I had managed to drift back into a protective sleep.

Suddenly I found myself standing at that sunny window in my bedroom, shades ripped back, my short breaths fogging the panes that just minutes before had brought light into the room. Now, through that same lens, my panicked eyes focused on a dark blue sedan parked in the driveway. Two ashen sailors were adjusting their covers as they respectfully stood at attention on the front porch. One appeared to be a chaplain while the other was wearing standard Navy Dress Blues – with one difference. My eyes instinctively went to the large gold pin on the stockier man’s uniform. It rested proudly on his upper left breast and blazed brightly, like it had a life of its own. The anchor, trident, eagle, and pistol. A relatively small object that told a much bigger story. That signified its wearer as a warrior elite. A U.S. Navy SEAL. It was the same pin that I had looked upon with fascination on my dad’s uniform. The same pin that when he let me hold it, under his direct supervision, I cradled in my cupped palms like the treasure it was. My eyes ignored the other ribbons and medals on the man’s uniform, the white collar on the chaplain’s dark suit. I stayed focused on that symbol of strength, drawing solace from the Trident. Not crying, barely breathing, but knowing what their presence meant. 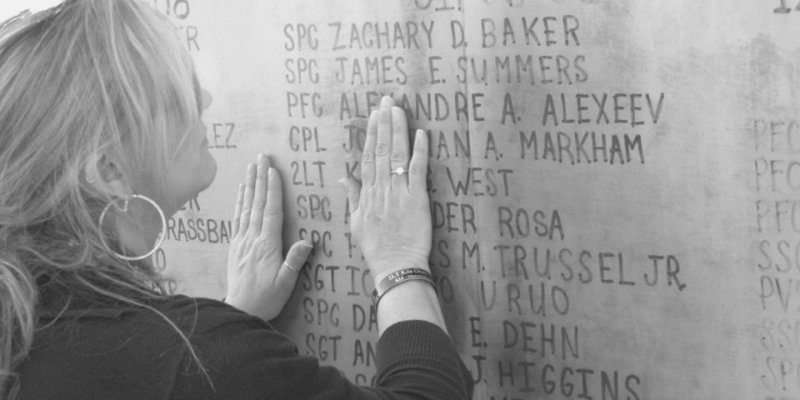 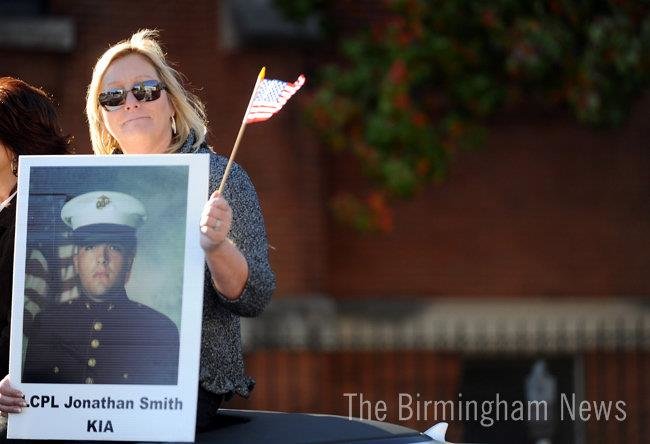 COL Mikel J. Burroughs, I read the article containing the excerpt. Profoundly sad. Whenever I hear the phrase Gold Star Mothers (Families), this Birmingham News photograph comes to mind, taken at the Birmingham (AL) Veterans Day Parade on 11NOV11. My friend's accompanying words were, "I was unable to hold back the tears at the Birmingham Veterans Day parade as I watched the Gold Star Mothers go by holding large pictures of their sons that gave their all." LTC Stephen F. CW3 Jim Norris SGT David T.
(7)
Comment
(0)

CW3 Jim Norris
Posted >1 y ago
Having served as a survivor assistance officer, it is a gut wrenching thing to be part of. Much worse than being shot at yourself, for there is absolutely nothing you can do to help. Oh sure, she screams her agony and pounds on your chest calling you all sorts of names she would never say again in her life....then clings to you and sobs......I would rather go on 5 more tours than to have to do this one more time goes through your mind. The children eventually ask you why this happened to their daddy and why he can't get better and come home. Finally the woman's mother and father arrive and you become the specter in the room awaiting a time to help with the process of her becoming an 'official' widow' and death benefit recipient. In a few weeks you become pretty good friends and sometimes the phone calls continue for months......death is a respecter of no home or any relationship - it comes and rends hearts and minds forever.
(6)
Comment
(0)

Sgt John Earley
>1 y
I remember stuff...being a casket guard is something else.
Had a friend I just meet that came from Vietnam... the whole tour over there, being shot at , been close to being blown up by grenades. Then one day here on state side he goes on bivouac training... I said to him be careful I feel something is going to happen. Two days before the weekend we were going to go to his house for a week time off....the hardest part of being a casket guard is giving the mother his flag....i remember ushering all His pretty little lady's up to the casket...
Every one complimented me on the way I performed his duties...
...
(0)
Reply
(0)

LTC Stephen F.
Posted >1 y ago
COL Mikel J. Burroughs I had not yet read "When A Military Family Becomes A Gold Star Family. I hope I never have an opportunity to be Gold Star Family.
(6)
Comment
(0)

Sgt John Earley
>1 y
If you are Military, you are already a gold star family. Remember, you know what that Soldier did.........
(1)
Reply
(0)
Show More Comments
Read This Next
RallyPoint Home