While appearing on MSNBC’s “All in With Chris Hayes” last night, Sherlet joined a conversation regarding politicians’ seemingly indifferent attitude towards vaccination. Speaking in regards to former U.S. president Donald Trump getting booed at his rally in response to advising the audience get vaccinated, host Chris Hayes said: “It’s like, ‘I don’t know, what do you guys want? You want the vaccines? You don’t want the vaccines?’ He’s catering to the crowd, he’s not telling them. This stuff is not coming from him, it’s coming from somewhere else.”

In response, Sherlet, a writer and philosopher who specialises in right-wing extremism, explained that historically, the anti-vaccine movement has largely been based on the false belief that white people have “natural immunity” due to their claimed superior genes. Therefore, white supremacists — or those who empathise with white supremacist ideology — often convince themselves that they don’t “need” to be vaccinated. 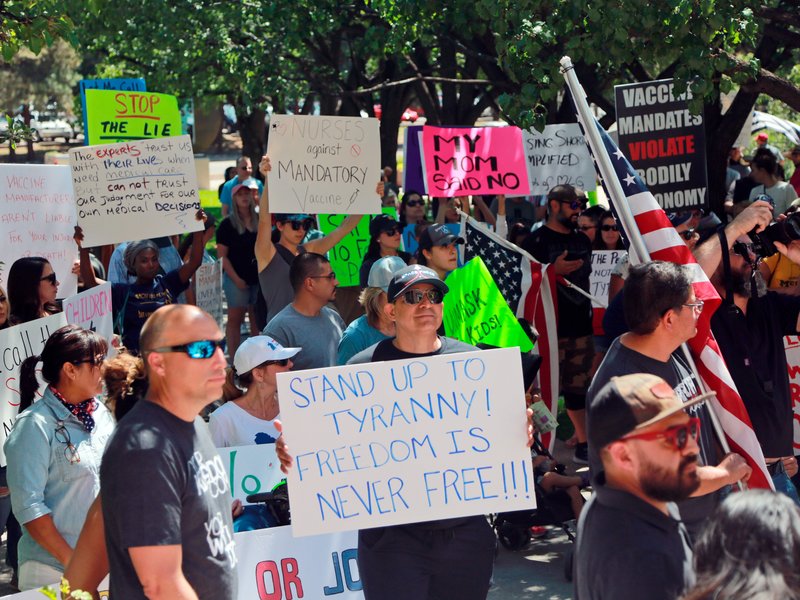 Posted from indy100.com
Posted in these groups:

SGT (Join to see)
Posted 3 mo ago
Thats OK with me. We have the perfect opportunity to test that hypothesis with the Delta variant.
(4)
Comment
(0)

SFC (Join to see)
Posted 3 mo ago
It's so weird they think they have "good genes' because every single white supremacist looks like their family tree has no branches...just saying.
(4)
Comment
(0)
Show More Comments
Read This Next
RallyPoint Home