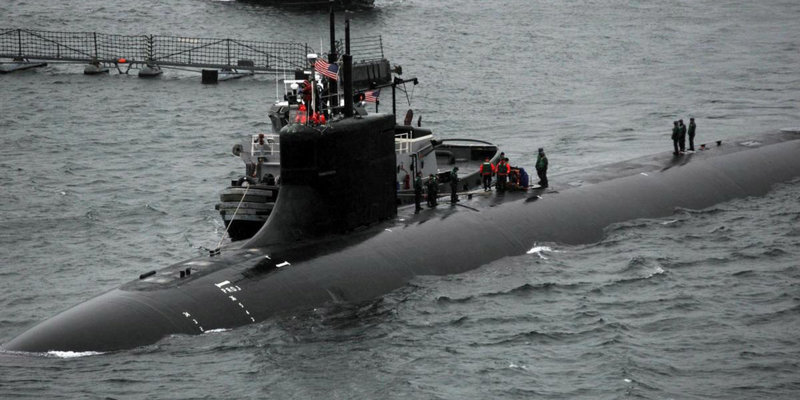 Posted from wearethemighty.com
Posted in these groups: Aircraft Carriers

Lt Col Charlie Brown
Posted >1 y ago
For a former Naval Officer, Carter really didn't have the respect of much of the military
(12)
Comment
(0)

SSG Robert Webster
>1 y
Lt Col Charlie Brown Why is that much of a surprise? On his second day in office (basically his first official act in regards to the military) he pardoned the Vietnam War draft dodgers. During his tenure in office he also negotiated the last of the Panama Canal Treaties and signed them (with the Senate ratifying them), and most considered the Canal as a strategic asset. Then, what about the Iranian hostage crisis, to include the failed rescue attempt? There were other things happening in the military at the time that were of his making and then there were others things that were not but were blamed on him; and of course part of the issue/problem with him - a graduate of the United States Naval Academy (not much different than in the story that started this thread).
(3)
Reply
(0)

Cpl (Join to see)
>1 y
He didn't have a lot of respect from the American public either. The word "malaise" became popular during his reign of terror; gas shortages, the creation of two new bureaucracies that didn't address the issues for which they were created, and lets not forget his appeasement foreign policy. He really didn't deserve a name on any naval vessel.
(4)
Reply
(0)

Lt Col John (Jack) Christensen
>1 y
He was pretty much the origin of the feelings in the military that Democrats are bad for the military.
(3)
Reply
(0)

PO3 Donald Murphy
>1 y
The country and the military's "problem" with Carter was a lot of their own doing. Vietnam was a disappointment and an embarrassment of foreign policy. As a result, people spat on returning military, etc. The nations' press "ended the war" and so they revelled in their new power and control of media by making virtually every government decision look awful. Rising crime? Yup. Got that too. Watergate? Well press "solved that" too, didn't they? So press was calling Washington and government bad and the military bad.

So all things considered, a second Ford term would have been no better. Or fixed problems that the nation felt it had. How "bad" was Carter for the government? He failed to support the corrupt government instilled by president's previous and as a result, the Shah came to power. He also failed to address also-wise stupid mid-east decisions set in place by additional president's previous. Hostage rescue? I think we all know that the military screwed themselves. Carter took the blame as a commander in chief should. But the USAF and USN railroaded the plan long before the Delta Force died in the desert. And of course we'll find out ten years later that a certain guy named Bush took part in the missions' failure too, but hey - we all can't be winners, can we?

Successes? Carter set in motion plans to scrap all the rusted, depleted, falling-apart ww2 vessels in return for fewer units that were more modern/capable. Carter banned the B-1 in favor of cruise missiles. Can't live without cruise today (Tomahawk) can we? A lot of the secret sub fixes were also approved under Carter's administration. All in all, a lot of everyone's "problem" with Carter (and by proxy...America) was due to which paper they read in the morning. Sadly - the financial truth is always different.

A liberal essay refuting the myth that Carter ruined the economy and Reagan saved it.

LTC Stephen C.
Edited >1 y ago
Posted >1 y ago
It’s a touching story, CW5 Jack Cardwell, but naturally it fails to mention that he was the second worst U.S. President in modern history, in my opinion.
He’s spent every waking moment since he left office trying to atone for his one pathetic term in office. I’m surprised that his mentor and boss, Admiral Rickover didn’t come out of retirement and put Carter over his knee and spark him for being such a lame president.
SSG Donald H "Don" Bates SSG Byron Howard Sr Maj Robert Thornton Cpl (Join to see)
(6)
Comment
(0)
show previous comments

LTC Stephen C.
>1 y
PO3 Donald Murphy, I made no mention of the economy, so you’re providing a “financial truth” to refute something that I never expressed.
Cpl (Join to see)
(1)
Reply
(0)