Knowing what you know now, would you encourage your children to serve in today's military? 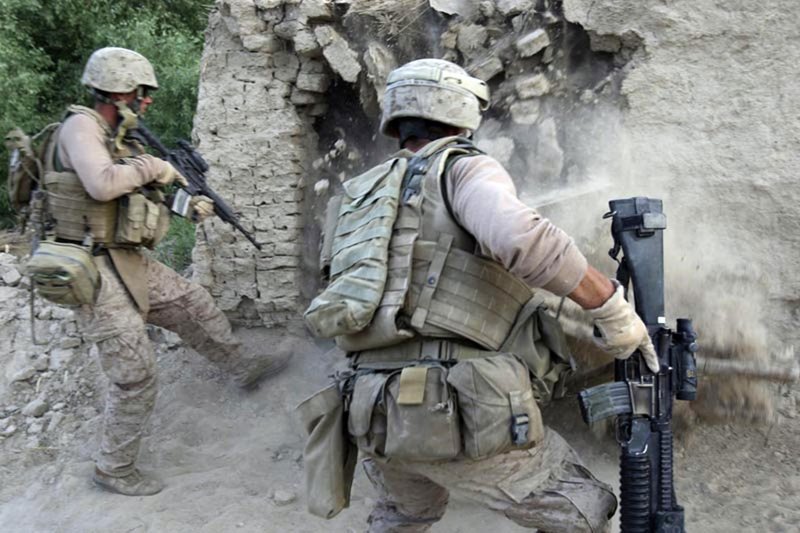 The US Military has gone through a whirlwind of changes in the past 15 years. Counter-insurgency warfare/nation-building has taken the place of conventional operation. The "Strategic Lance Corporal" decisions have a ripple effect throughout the entire theatre of battle. DA/DT repeal and transgender policy changes. The overwhelming addition of communications, intelligence, observation and warfighting technology. I've spoken to veterans of previous wars and there has never been a time where the expectation, from day-to-day responsibilities to the impact of a bad decision has been higher. Send me your thoughts.
Posted in these groups:

1LT (Join to see)
Posted >1 y ago
Sir, I am expecting my first child on the way. That being said, I have always told myself that if he/she wanted to join then they have my unconditional support. However, I will never encourage, nor make them feel obligated to serve because of the path I have taken in life. I'd be one proud father if he/she joined and served their country well but will not be disappointed or condemn them if they choose not to.
(46)
Comment
(0)

LCpl Rob Cooper
3 y
I never encouraged my children to join, but proud they did
(4)
Reply
(0)

Lt Col Al Brewster
>1 y
I agree with the 1LT 110%. Military Service is definitely not for everyone and the rate of suicide is double the civilian world so that alone should cause us all to pause before recommending it. Semper Fi
(2)
Reply
(0)

MSG Dan Castaneda
Posted >1 y ago
I would rather my boys go to an unbiased university and then join the work force. I've done enough killing for both of them.
(36)
Comment
(0)
show previous comments

MSG David Densmore
>1 y
SP5 Bob Rudolph - Everybody has a political bias, it’s how it’s being used. Anybody who wants to look knows where Hillsdale stands as constitutional originalists. Which in today’s U.S.A. Makes them a conservative. These days, teaching the Federalist papers and how the nation really started makes them Conservative. The real difference is that while you know where Hillsdale stands, you’re not going to be able to go to a state college’s websites and be able to see the political agenda of the professors.

It’s been going on a long time. Way back in 1970 I had an English professor that spent 95% of his (ours really) time on liberal politics. Unfortunately, like most young people, I didn’t have the chutzpah to tell him to shut the flip up, I wasn’t paying to hear his politics. Fortunately, I recovered when I’d had enough college, got a job, had kids, joined the military, and found out what life was really like when you’re not living isolated in a classroom.

I’m sorry, I dragged this out. To summarize succinctly, with Hillsdale you know before you enroll what you’re getting, they make it plain. Most other institutions of higher education, including our state colleges, hide their liberal socialist bias.

BTW, I would agree with you on West Point, with the caveat that not every child wants to be in the military, even if it does get them a free ride (sorta) for their college.
(1)
Reply
(0)

SPC Steven Depuy
>1 y
Unbiased university, that exists in a land of unicorns and fairy's.
(0)
Reply
(0)

PO1 Darrell Sanders
Posted >1 y ago
My daughter was a medic in the Army. My son never entered the military. I have a grandson that was a Marine. I never told them yes or no on enlisting. I answered any questions they had. My father was a Marine and I had 2 brothers who were Marines. They had Q/A times, I never ask why they made the decisions they did nor will I. In answer to the question NO, I will not encourage my grandkids or nieces and nephews to serve. It is their choice, I will be proud no matter their decision ( unless the become liberal sycophants ).
(32)
Comment
(0)