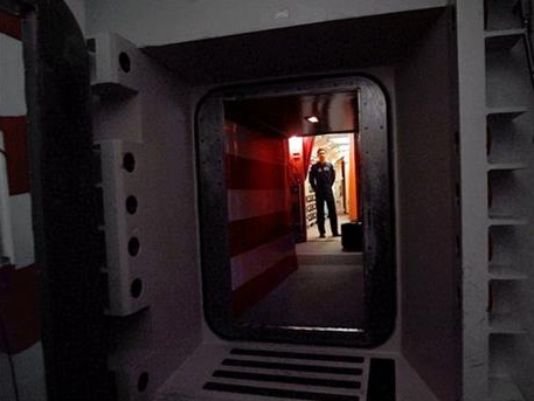 Faced with one of its biggest challenges in years — repairing a troubled nuclear missile corps — the Air Force has taken an important first step by admitting, after years of denial, that its problems run deep and wide.

Less certain is whether it will find all the right fixes, apply them fully and convince a doubting force of launch officers, security guards and other nuclear workers that their small and narrow career field is not a dead end.

The stakes are huge.

The nation's strategy for deterring nuclear war rests in part on the 450 Minuteman 3 missiles that stand ready, 24/7, to launch at a moment's notice from underground silos in five states.

Some question the wisdom of that strategy in an era of security threats dominated by terrorism and cyberattacks. But whatever their role, those intercontinental ballistic missiles, or ICBMs, will have to be safeguarded for years to come.

The responsibility is enormous, the cost of mistakes potentially colossal. The business end of these missiles can deliver mass destruction with breathtaking speed. Accidents, though rare, are an ever-present worry.

That's why it can be disquieting to hear missile officers describe their unhappiness and lack of faith in nuclear force leaders.

In sworn testimony to investigators looking into allegations that two ICBM commanders at Minot Air Force Base in North Dakota, were mistreating their subordinates, one officer spoke of deep pessimism.

"I go about most of my days wishing I was in another place, in another Air Force field," the officer said, according to a copy of investigation testimony provided in September and obtained by The Associated Press under the Freedom of Information Act. The officer's name was removed from the document by Air Force censors citing privacy protection.

The belated admission by the Air Force and the Pentagon's civilian leaders, after a series of AP stories revealing the issue, that the nuclear force is suffering from years of neglect, mismanagement and weak morale has yielded opposing interpretations of what it means.

Some, including experts who are critical of the Air Force, say it makes more obvious the need to invest billions to modernize the force. The flaws are fixable, they say. They cite a resurgent Russia and a belligerent North Korea as reasons to make the added investment to ensure that America's nuclear force is revitalized.

Subscribing to this view, Defense Secretary Chuck Hagel announced on Nov. 14 that the Pentagon would make top-to-bottom changes — more than 100 in all — in how the nuclear force is managed and operated. He said the Pentagon would spend up to $10 billion more over six years to improve the force. Ten days later Hagel announced his resignation, leaving questions about follow-through.

The opposing view is that this moment presents an opportunity to reconsider and restructure the nuclear force, possibly eliminating the ICBMs while enhancing the remaining sea- and air-launched nuclear forces. That view, however, is not predominant in the Obama administration, which favors the policy embraced by its predecessors, that the decades-old nuclear structure must be preserved for the foreseeable future.

What that leaves is a risk of reverting to past practices, perhaps with additional failures.

Eric Schlosser, author of "Command and Control," a highly regarded 2013 book on the ICBM and nuclear risk, said there is little doubt that the Pentagon needs to update the nuclear missile force's basic infrastructure.

"But that's a short-term solution," he said in an interview. "The bigger question is: How many land-based missiles do we need in the 21st century? How should they be deployed, and do we need them at all?"

Schlosser and others have expressed concern about morale problems in the force — an issue the Air Force had been slow to acknowledge even after the AP wrote last year about an unpublished RAND Corp. study that found evidence of "burnout" and hopelessness among missile crews and other members of the ICBM workforce.

Paul Bracken, a Yale University professor and author of "The Second Nuclear Age," says he finds it unsettling to read about neglect of the ICBM force and the turmoil in the ranks of those who operate the missiles.

"If things are so bad, if for some reason we did want to fire an individual nuclear weapon, could we? Would the weapon take off?" he asked in an interview this month with the Bulletin of the Atomic Scientists. "With all of the problems in our nuclear force, it seems to me that there'd be some real doubts. You really wouldn't want to use one of these weapons, because you don't know what is going to happen."

Bracken added that in the event of a massive nuclear attack by Russia, "I'm sure we could retaliate — we've got enough weaponry at our disposal. If we fire enough of them in a mass counterstrike, some are bound to work."

Evidence of what some would call the Air Force's willful disregard for its nuclear force is not hard to find. Michelle Spencer, for one, documented it in a little-noticed research paper she wrote for the Air Force in 2012. Her study team found examples of Air Force decisions to deemphasize nuclear training and education.

"At times the signs were clear that expertise and culture had declined to the point that the (nuclear) enterprise was in danger of catastrophic failure," she wrote.

Spencer put particular emphasis on nuclear expertise — how to expand it, how to maintain it and how to reward it.

"Without answers to these fundamental questions, the Air Force nuclear enterprise remains on the same trajectory as it has been for the last two decades - in ever-increasing decline," she wrote, adding that at some point it may be unable to sustain a nuclear mission that is supposed to be central to U.S. defense strategy.

Maj Chris Nelson
Edited >1 y ago
Posted >1 y ago
I am on the ground at Malmstrom AFB. So far, the impact has been interesting. Everyone learning a "new way to do business". I strongly suspect that some of the things they find and fix will help LOTS. Some of the things will help some, but not all. Some things will undoubtedly be lipstick on a pig....it will still be a pig. Only time will tell..... it takes time to change a mindset or effectively measure a process improvement.

Oh, and one statement I find entertaining is (paraphrased): ....all the unhappy missileers.... Just my PERSONAL observation...many/most (but not all) of them are ring knockers (Academy). They washed out of being a real pilot/nav/etc. They were offered this really cool job of sitting over the button of the worlds largest doomsday devices and wear a flight suit....COOL!!! Then they find out after the fact that they post out to the field and sit in a capsule 60 feet below ground with 60 year old equipment..... Not as cool as they thought, so therefore, not happy...and no real opportunity for other duties....oh, and PRP is such a FUN program to be on.....EVERYONE is in your business about EVERYTHING. Just sayin....
(2)
Comment
(0)

COL (Join to see)
Edited >1 y ago
Posted >1 y ago
I find it amusing that everyone is "suddenly" recognizing this is a "problem." Those in the nuclear enterprise of all services and the interagency have been raising red flags since the testing ban was honored but not ratified over four decades ago. The American public has been fed lies and myths in the name of "entertainment" until the true technological realities cannot be sorted from the fear and deliberately misleading agendas.

The question of whether the United States should maintain and sustain its nuclear arsenal is one that should be approached carefully and with those educated in national security strategy AND the realities of nuclear weapon capability and deterrence. More countries now have nuclear capability than during the Cold War. The technology and knowledge on their construction, once under deep security, can now be pulled up on the internet or seen in a Smithsonian museum. The enterprise itself is much to blame by pulling the blanket of "super secrecy" over any critical discussion much of the public and our public educational system cannot look at the issue of nuclear weapons critically and without emotional baggage.

Certainly the development of incentives for the career field will assist and should be interspersed with opportunities for joint assignments and professional military education. As long as general officers are put over the enterprise that do not themselves believe in its mission or relevancy, the internal problems and morale issues will continue. The workforce both military and civilian will continue to fight for positions and budget that are currently stretched beyond the breaking point (reference the failures noted in the article). These are symptoms of a larger systemic problem that cannot be tackled one at a time and that slight improvements in money will not fix.

One way to approach this quickly is to educate strategic leaders of the military and the federal government, as well as create and execute a process for educating new DOD civilian appointees about the role of the enterprise. Strong leadership, respected by the other enterprises in DOD and the interagency as relevant and capable, would be the right first step.
(0)
Comment
(0)
Read This Next
RallyPoint Home