BROCKTON, Mass. —The weapon was intended to be used on the battlefields of Vietnam to stop advancing infantry. It works by propelling hundreds of steel pellets into the enemy lines by detonating powerful C4 explosive.

They were not intended for a garage in Brockton.

Yet six live Claymore anti-personnel mines were discovered at a house on West Street in Brockton Tuesday, sitting in two military-issued boxes for an undetermined length of time.

After police closed down a section of the street for several hours and evacuated neighbors from their homes, technicians with the U.S. Navy’s Explosive Ordnance Disposal Mobile Unit 12, based out of Newport, R.I., removed the mines and took them to a secure facility to be destroyed.

The instance was not the first time that a device designed for military combat had been discovered tucked away in southeastern Massachusetts.

On Nov. 22, 2012, another Claymore mine was found in a storage locker in Raynham, it’s infamous “front towards enemy” instructions emblazoned boldly on the weapon.
At the time of that incident, it was not clear how the mine had come to be placed in the storage unit or whether it was live. It was ultimately removed by the State Police Bomb Squad.

In neither case had the mines – which can be activated by tripwire or remote control – been set up for use.

While the discovery of military explosives in civilian residential communities might seem like a rare event, it happens more often than many think, experts say.

“I hate to say, it but the bread and butter of the State Police Bomb Squad is when veterans pass away and dealing with their leftover war souvenirs,” said Jennifer Mieth, a spokeswoman for the Massachusetts State Fire Marshal Stephen Coan. “It’s a fairly common occurrence. I would say it happens about two to three times a month.”

While people such as the U.S. Navy technicians who came to Brockton last week are not always called, the fact is such items belong to the military, said Mieth.

“The truth of the matter is that all military ordnance is the property of the military. When it is found it belongs to the military,” Mieth said.

However, in addition to the discovery of military explosives, there has also been a disturbing rise in the number of civilians creating their own bombs.

Public safety officials and explosives experts say they have, in recent years, seen an increasing number of hobbyists, usually young men, trying to make bombs and fireworks on their own. They often use instructions they found in online YouTube
videos or on subscription websites that offer bomb recipes for a fee.

Their intent is almost never malicious, and they are often the ones injured when their experimentation goes awry, experts say.

“They just take the time to mix up explosive recipes, and then try them out at the end of the day,” Sgt. William Qualls, commander of the State Police Bomb Squad told the Patriot Ledger in July. “It really doesn’t matter whether they were planning to blow up their teacher or blow up a TV in the backyard; at the end of the day, the threat is still the same and the danger is still the same.”

Qualls said his unit now responds to incidents involving homemade bombs or fireworks once every 10 days to two weeks. He said the devices are particularly dangerous for technicians because the technicians can’t be sure how they were built, whether they are likely to detonate on their own and what kind of chemicals they contain.

“You’re limited by your imagination in the material you can obtain – that’s it,” he said. “So when we encounter them, there’s no trade craft, there’s no manual, there’s no how-to book on how to deal with these or put them together, so we have to rely on our experience.”

http://www.wcvb.com/news/civilians-finding-ways-to-obtain-military-explosives/35249478
Posted in these groups:

SSG Warren Swan
Posted >1 y ago
Not surprising, but at least according to this article no one was hurt. And that's the important thing. On the homemade bombs....if they explode on you, isn't that Darwinism at it's best? Maybe you shouldn't be doing it?
(5)
Comment
(0) 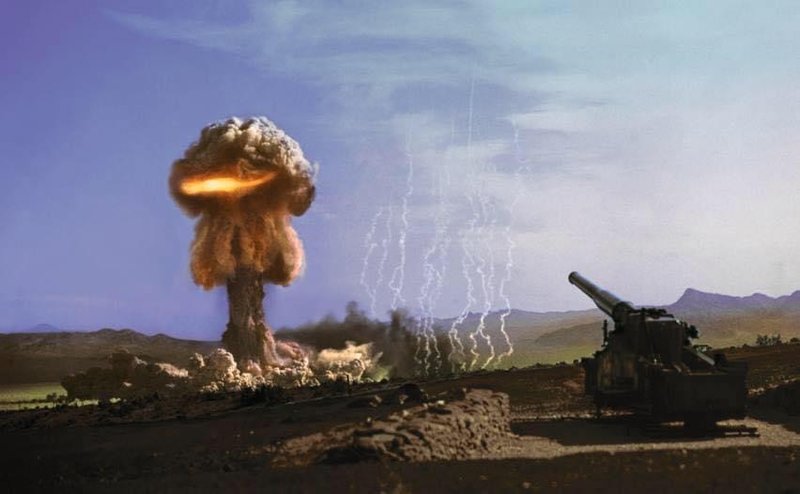 Guns aren’t enough for the crazies. Claymores and full Auto is what you need to protect your home from Antifa
(1)
Comment
(0)