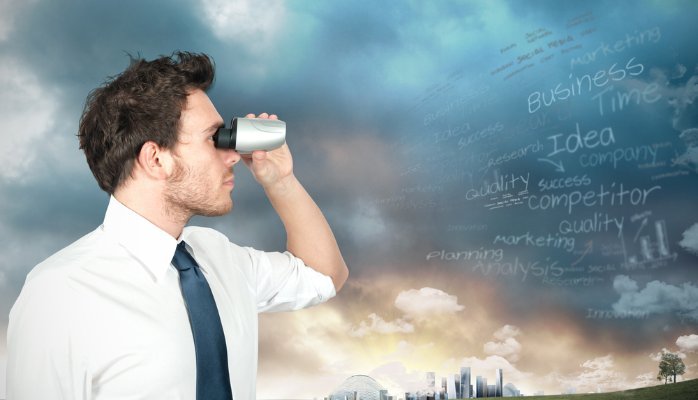 RP Members and Connections this is one of those lost Questions that was lost and It has been a while since I've posted something on Leadership, so here we go.

RP members do you agree or disagree with this author's assessment on the (3) things that leadership is NOT?

Leadership—or the lack of it—has been the theme of the last decade. From political pundits, to convention keynoters, to sports team coaches, everybody claims to want a cadre of leaders to carry out their mission.

So for all the talk, training techniques, and tips on the topic, you’d think everyone would have the concept down by now. But not so. A few carrying the title of leader are still off track.

Leadership Is NOT a Position

Real leadership requires personal influence—persuasion afforded by a long track record of strong relationships built by trust. That reserve of trust may have been built by any number of things:

Direct, clear communication without intention to deceive
Consistency ̶̶ ̶̶ actions that match your words
Transparency and openness
Explanations about goals and decisions
A private life that matches the public life
Competence
Concern and compassion for others
An upbeat, positive attitude about the future
When others observe these attitudes in a leader, the personal influence compels them to listen with an open mind—and often to accept the leader’s ideas and opinions as their own.

When the personal influence is missing, a positional title often demands little more than a “hearing”—often met with open skepticism.

Leadership Is NOT Power

Positional power comes from a title—to hire, fire, write a traffic ticket, dismiss from a sports team. But members in all levels of our society have such power. The cashier has “power” to stop buyers before they walk out of store without paying for an item. The librarian has “power” to charge for an overdue book. The night security guard in the building lobby has power to turn visitors away if they don’t have a proper ID to enter the building.

But people in these positions would not necessarily be showing leadership to stop the thief, fine the book borrower, or turn away the building visitor.

Leadership comes from a higher order of power—one not simply granted by the position or title someone holds.

Leadership has to be earned. Your followers grant it. To know if you are a leader, look behind you to see if there are followers.

Leadership Is NOT Pride

Whenever I go to a conference, I’m not surprised to see the most successful attendees in the group taking the most notes. They never stop learning, growing, reflecting, tweaking to make themselves and their businesses better. The less successful often lean back as if they know it all already.

The greatest leaders demonstrate deep humility. Not a false humility, but a genuine humility. Because of their wisdom, they know the vast potential for human growth, and the standards for themselves and their own achievements remain extremely high.

The humble leader listens—to new ideas, to feedback, to those lower “on the food chain” with a different perspective. The humble leader understands that their greatest accomplishment often comes as a result from intake, not outgo.

Effective leaders communicate a lot about position, power, and pride—without ever saying a word.

Dianna Booher is the bestselling author of more than 46 books, published in 26 languages. She consults, writes, and speaks on leadership communication, executive presence, productivity, and faith. Her latest books include What MORE Can I Say: Why Communication Fails and What to Do About It, Creating Personal Presence: Look, Talk, Think, and Act Like a Leader and Communicate With Confidence. National media such as Good Morning America, USA Today, the Wall Street Journal, Investor’s Business Daily, Bloomberg, Forbes.com, CNN International, NPR, Success, and Entrepreneur have interviewed her for opinions on critical workplace communication issues. http://www.booherresearch.com
Posted in these groups:

LTC Stephen F.
Posted >1 y ago
COL Mikel J. Burroughs in their negative sense, true leadership is not:
(1) merely a position
(2) unbridled power
(3) not demanded pride from subordinates
That being said
(1) Leadership tends to be embodied in a position whether it is parent, military office, or CEO.
(2) Leaders do exert power through their subordinates accomplishments
(3) Leaders do instill pride in the organization when leadership is effective.
(43)
Comment
(0)
show previous comments

Sgt Vance Bonds
>1 y
This is truly one of my favorite posts. Leadership principles dominate my life. I am passionate about good leadership
(1)
Reply
(0)

MSG (Join to see)
Edited >1 y ago
Posted >1 y ago
COL Mikel Burroughs, Concur, sir, I would add that Leadership is not a title to be worn or broadcast on your chest or signature block. A true leader doesn’t even need anyone to tell him/her, he/she is one. A true leader is an example to follow and emulate not despise or hate.
(25)
Comment
(0)
show previous comments

PO3 J.W. Nelson
3 y
Agreed MSG !! And it's also something that should be earned through respect and the treatment of those that you have been chosen to lead !
(3)
Reply
(0)

I concur, except I feel that TRUE LEADERSHIP is like one be said to be a GOOD MAN, it is a life long task. At any time during one's life they can lose that opinion. So TRUE GOOD LEADERS ARE ALWAYS IN THE CHALLENGE OF BETTERING THEMSELVES. If not, well maybe they are not as good as they see themselves.

MSG Charles Turner
3 y
Well PO3 McCord, maybe not. Then again, maybe GREAT Leaders are like the OLD Saying 'He Knows he is a Leader" and if his continues to ALWAYS better himself, he MAY CONTINUE TO BE A LEADER! If not, well I have seen quite a Few Sergeants in day.. Not all were true NGOs (many may never have been leaders)!
(0)
Reply
(0)

I have always believed and seen a leader who has those qualities.

MSG (Join to see)
5 y
True leadership is demonstrated by those who also know what it is to be followers. Someone who can inspire others to follow them, has first been inspired to follow someone else. That leader is not afraid to dig in the dirt to lay foundation or to work the customer service desk or ride with Town Patrol in the darkest hours between midnight and dawn.
(3)
Reply
(0)
Show More Comments
Read This Next
RallyPoint Home