Does anyone recognize this Medal and/or Pin? 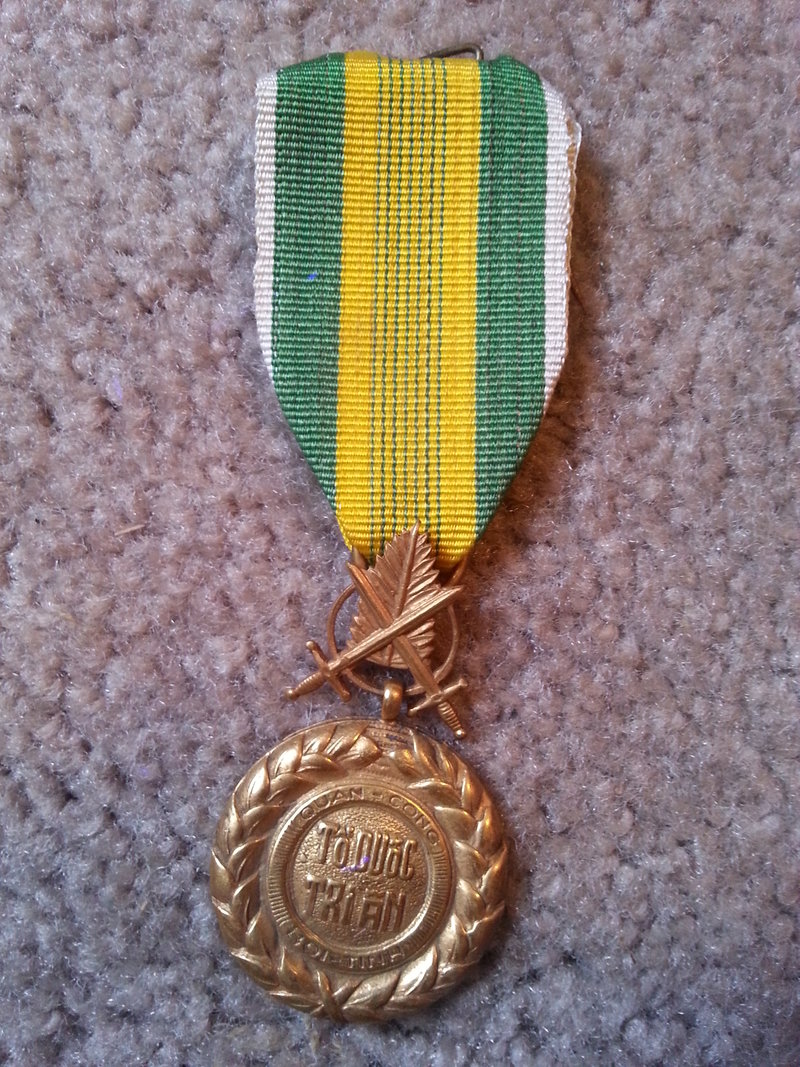 My Dad's Stepfather (my step grandfather?) served during Vietnam and was killed in action. Among his other medals (Purple Heart, BSM, etc) I found the below items. Can anyone tell me what they are? The medal says Vietnam on the back but does not look like the U.S. campaign medal for Vietnam. Thank you for your time.
Posted in these groups:

Capt Seid Waddell
Posted 7 y ago
The Vietnam Military Merit Medal (VMM), the highest military decoration of South Vietnam during the years of the Vietnam War.

Shown at left is the The Vietnam Military Merit Medal (VMM), the highest military decoration of South Vietnam during the years of the Vietnam War. The VMM medal was the Vietnamese equivalent to the United States Medal of Honor and was authorized to those enlisted soldiers who had performed extreme acts of bravery or had given their lives in armed combat with enemy forces of Vietnam.

On DVD available at: http://bobmunden.com/shop Running time: 122 min Setting, breaking and defending world records that have stood the test of time, legendar...

SPC Jan Allbright, M.Sc., R.S.
Edited 7 y ago
Posted 7 y ago
Lt .. despite the banter of who got this first, this award is a significant piece of honor. It appears that your step-grand-dad was a bonafide hero. If you ended up with his awards it would be a nice thing to do would be to sort out his military history and build a shaddow-box.
(7)
Comment
(0)

CAPT Kevin B.
Posted 7 y ago
It's the South Vietnam Military Merit medal which is the highest award for their enlisted. They awarded it to US service members killed in action.
(6)
Comment
(0)
Show More Comments
Read This Next
RallyPoint Home