Does it irk you when retirees continue to wear their rank? 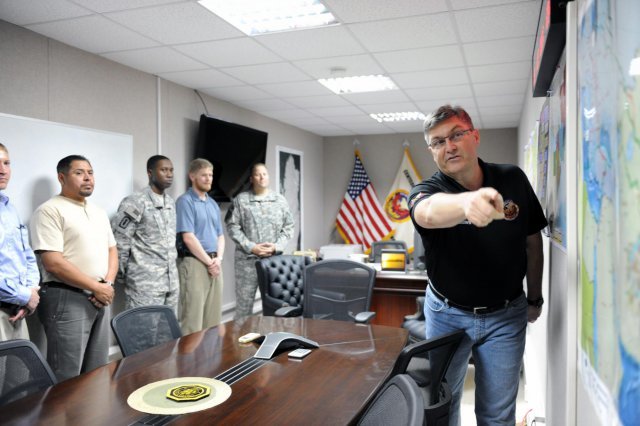 We've all worked with that DAC or Contractor that never lets you forget what pay grade they retired at. And is it just me or is it more times than not they were a senior NCO.

I applaud you for giving 20+ years to the armed forces. But once you retired, you took the rank off and no longer have troops. Respect me and I'll show you the respect commensurate with your current job/position.

Guys (gender neutral), sorry I didn't clarify my question better and may have confused more than a few people. I apologize.

I wasn't referring to those retired members that may wear their rank on their ball cap, motorcycle vest etc. I was mainly referring to those members that give you the impression that they want to conduct in-ranks inspections, have trouble adjusting to civilian life where it's less structured, or have a hard time not being a 'shot caller' for lack of a better word.

Again my apologies and no disrespect intended towards anyone.
Posted in these groups:

LTC Paul Labrador
Posted 8 y ago
Wear their rank? No. They earned it. Still act like they have the authority of that rank? Yes.
(71)
Comment
(0)
show previous comments

SSG Duane Tyler
8 y
I retired from a TRADOC post (Ft. Gordon) almost 5 yrs ago and still live in the area. When I am on post it irks me to see a lot of trainee's and some permanent party Soldiers in the wrong. The reason I don't say anything is because of health and safety reasons. Many of the younger service members have a different attitude today. Because if I did say something and received a disrespectful reply with an attitude on the side............ I would probably beat the $H!T out of one of them and that would be unhealthy and unsafe for them. So, sometimes I will inform a Senior NCO of their discrepancies. ;)
(0)
Reply
(0)

CPT Jeff Reichardt
8 y
As a retiree, I don't flaunt my rank. But is a common courtesy and within regulation, for a current active duty person, to respect that rank. Usually this is done at entry gates or other places where my ID card is required. Other than that. I'm an unsub...LOL
(3)
Reply
(0)

SFC Mark Merino
Posted 8 y ago
I try to put my Superman underoos on one leg at a time.
(34)
Comment
(0)
show previous comments

SSG (Join to see)
Posted 8 y ago
I agree with both 1SG Steven Stankovich and SSG Ike Phelan. There are some retirees, and I would say veteran non-retirees, who do throw their former rank around like if it's something to be honored. I just recently retired and it has been very tough getting used to civilian things but one thing I have never done is throw my former rank out there, primarily because I'm low man on the totem pole at work but also because it's just not right. I go onto Fort Hood a few times a week. When I do, I'm always courteous and professional with the Soldiers manning the gates and I address them appropriately. About half the time, they will respond back addressing me with my former rank (it's actually in the regs regarding this type of addressing), which is neat to still talk to Soldiers.

As MSG mentioned, it is a hard transition since the military is all most of us have known our adult life. Until one has experienced it, I recommend going easy on some of the retirees since I bet underneath they are struggling with their transition. The hard part is figuring out which ones are doing it just because they truly are jerks. I believe this group is a very tiny percentage of all retirees.
(30)
Comment
(0)

SSG Ike Phelan
8 y
It is so true that a lot of them are probably just not transitioning well I am so glad you mentioned it. You being in the position you are in makes you an expert on the subject and people should defer to you on how to deal with these individuals in a way that is respectful but also let's them know they are now Mr. Or Ms. And not CSM or SGT any more
(7)
Reply
(0)

CMSgt James Nolan
8 y
SSG (Join to see) You are right. The transition will be tough (it was when I simply got out) (retiring will be that much more). When you present your ID, I think it is nice that they refer to you as rank. At the job though? I would not expect to be called by my military rank, if I have a GS job at a military base (although, I may like it, because it would show that I am still part of the team-and thought of as such). It will always be a part of us
(5)
Reply
(0)

CPL (Join to see)
8 y
Yes!!!!! Especially the ones that now work on post for the Army they are the worse ones. What irks me most is that because I am a cook they come thru the line like they really deserve a great deal of respect when they never give it in the first place.
(8)
Reply
(0)
Show More Comments
Read This Next
RallyPoint Home