Have you read the letter where a Student thanks veterans for classroom lessons? 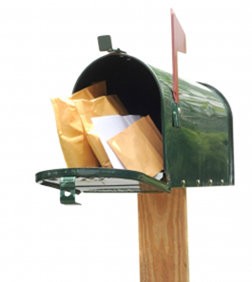 Have you read the letter where a Student thanks veterans for classroom lessons?

RP Members and Connections here is another one of the questions lost out in the RallyPoint Space, but it's an excellent read.

Even though Veteran's Day has past, RP Members this is a very touching letter! Enjoy

The following letter was written by a sixth grade student at Kennedy Middle School as part of their informed action unit in social studies. A small group of students wanted to share their feelings about Veterans Day after listening to a presentation from three local veterans on Nov. 10:

I never knew how important it was to honor a veteran until today. Mr. Wayne White, Mr. Lou Urso, and Mr. David Brennan came to visit my school and gave a wonderful presentation about their years of military service during the Vietnam War. Their fascinating stories of combat and training show me great examples about what it means to be a true American.

During Army veteran Wayne White’s presentation, I learned a very fascinating story of his military training. He said he had to get on his back and crawl through a misture of mud and snow while dodging barbed wires. If he stood up, the large supply of machine guns sitting on the sides of the pit would pierce a bullet into his skin. Also, if he crawled in the wrong spot, bombs would explode and end his training. He gritted his teeth and made it all the way through. This definitely showed me a great example of perseverance.

During Army veteran Lou Urso’s presentation, I learned many interesting stories about his service in Vietnam. One story that stood out to me was for four hours straight he continued to go into enemy lines and rescued many soldiers. While doing this, he go shot in the knee, and the injury wasn’t even noticed undil another soldier noced the blood on his bulky combat boots. Mr. Urso earned the Bronze Star and Purple Heart for this incredible feat of sacrifice to help his fellow countrymen. I learned what real bravery is because of Mr. Urso’s story.

While listening to Air Force veteran David Brennan, one of his stories really stuck out to me. After training with his military dog, Tammy, for many months, Tammy was assigned to go to Vietnam but Mr. Brennan wasn’t. So, he decided to volunteer so he could be with Tammy. This example of friendship was inspiring because Mr. Brennan risked his life to be with Tammy.

These examples of perseverence, bravery, and friendship showed me what traits you learn in the military. I was so happy to have these wonderful local veterans come to Kennedy Middle School. Once again, thank you to veterans Mr. White, Mr. Urso, and Mr. Brennan.

I am grateful that they fought for our freedom and made it home safely. This is why it’s important to honor veterans.

SPC Margaret Higgins
Edited 4 y ago
Posted 4 y ago
Dear Matthew, You are very mature for your age.
Though I was not in Vietnam, I thank you exceedingly for honoring the veterans that came to your classroom. Even though I was never in Vietnam, and even though I never saw combat (I was stationed in Germany and Washington State; during the Cold War.): You honor all of us veterans; when you honor my Brothers.
Thank you, Matthew, for honoring all of us veterans who have protected and defended this great country of ours.
Very Sincerely, Specialist Margaret C Higgins US Army Retired
c/o: COL Mikel Burroughs
(25)
Comment
(0)

SGT (Join to see)
Posted 4 y ago
COL Mikel Burroughs, Great tribute to our veterans. Thanks for sharing. My daughter in law is a middle school teacher and she brought me about 50-60 individual "thank you" veterans letters which I will give to the Vetetans at our Houston VA when we visit on December 22 to hand out gifts to all the hospital and mental health vets.
(19)
Comment
(0)
show previous comments

SP5 Jeannie Carle
2 y
SGT (Join to see) - OH! Soooo sorry to hear this! My prayers are with you and your family :'( This that you helped to do with the letters is a most wonderful thing - thank you!
(2)
Reply
(0)

SSgt BillandMaggie Straub
2 y
SGT (Join to see) - I am so very sorry to hear of your family's loss. The prayers and wishes go from my family to yours. May God bless you and your wife as well as her sister. Heaven has a new angel.
(2)
Reply
(0)

SGT (Join to see)
2 y
SSgt BillandMaggie Straub, Thank you both very much from the bottom of my heart.
(1)
Reply
(0)