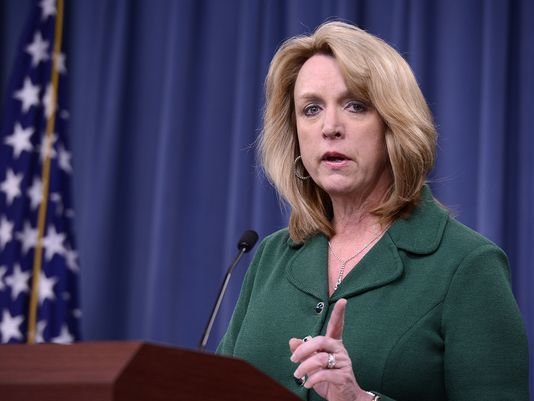 The Air Force is not planning to offer Temporary Early Retirement Authority or voluntary separation payments in 2015.

In a Dec. 17 release, the Air Force said it would only offer a limited range of non-monetary voluntary programs in fiscal 2015. Those voluntary programs will include waivers of some active-duty service commitments, reductions of required time in grade for retirements, and reduction in commissioned service requirements that would allow prior enlisted officers to retire with eight years of commissioned time instead of the usual 10.

The Air Force will continue to offer a Palace Chase program, allowing some airmen to serve out the rest of their active-duty service commitment in the Guard or reserve. But only the regular Palace Chase program — which requires enlisted airmen to serve two years in the Guard or reserve for every year of active duty they have left, and for officers, three years for every year remaining — will be offered in 2015.

In 2014, the Air Force offered an expanded Palace Chase program that required airmen to serve only their remaining commitment in the Guard or reserve. But that will not be offered in 2015, the Air Force said.

The release said more information on the non-monetary voluntary programs will be released in early 2015.

The release came one day after Air Force Secretary Deborah Lee James said in an online town hall that "Enough is enough," and there would be no involuntary force cuts in 2015.

"There has been nothing more difficult and more straining to our airmen than the downsizing that we have been going through," James said. "Contrary to what we said earlier, that there would still be involuntary force shaping in FY15, we have now determined that we will not do involuntary force shaping in FY15. We have reduced far enough, we will not go lower, and we will fight to hold on to the numbers that we have."

James said that as she traveled to dozens of Air Force bases around the world, leaders and airmen spoke to her about the uncertainty that the force shaping produced.

The release said that the fiscal 2014 cuts — which cut 6,129 airmen involuntarily and 13,704 voluntarily, for a total of 19,833 airmen -- hit the goals needed to size and shape the force. This meant that, contrary to what the Air Force had expected, a second round of involuntary programs won't be needed.

Maj Chris Nelson
Posted 7 y ago
Last year I attempted for TERA. Was denied (as was everyone else in the Air Force Nurse Corps). This year, even if they offered it, I would not take it. I will drop my papers on 2 March 2015 (won't come to work on a Sunday to hit submit....will do it on a duty day!), If all goes according to plan, Retirement will be 29 Feb 2016 and last day in uniform should be on/around 10 Dec 2015. Figure they had their opportunity to save a bit of money last year...this year, they can pay full price for me!!
(2)
Comment
(0)

Lt Col (Join to see)
7 y
Chris, not every nurse was denied for TERA. In fact I know a few who retired early and released from their AFIT related service commitment.
(1)
Reply
(0)

SMSgt (Join to see)
7 y
I don't know of any nurses that were accepted for TERA (doesn't mean it didn't happen), there were some orthopedic doctors picked up for TERA and VSP and some nurses retired after the board. It was a shame to see some of those OR nurses go, considering how short we are now. Doesn't quite make sense, big picture.
(0)
Reply
(0)

TSgt Joshua Copeland
Posted 7 y ago
TERA would have even more great people leave the service.
(0)
Comment
(0)
Read This Next
RallyPoint Home