Is the Army granting religious exemptions for the Covid vaccine?

Larry Goodwin
4.12K
133
55
5
5
0
A customer's grandson asked me if they're honoring religious exemptions for the covid vaccine because he wants to join the army I told him I don't know but I would ask anyone know anything about it?
Posted in these groups:

CPT (Join to see)
Edited 1 mo ago
Posted 1 mo ago
The Army does grant them but there are other challenges you may face. You may be non-deployable. To me this is a readiness issue. I have deployed 3 times and have been vaccinated for viruses that I have never seen in real life. The choice is up to the person. I can respect their choice but then the Army can decide to deny it.
(11)
Comment
(0)
show previous comments

LTC (Join to see)
1 mo
SPC (Join to see) I spoke to my chief of staff a full bird colonel and the G3 was listening on the conference call because I'm getting the exemption because of religious. I'm going to get a letter from my Parish priest and that's what I was told. I was concerned that I would have UCMJ action after me because I am refusing to get vaccinated and I'm retiring on 31 December. Both of those Cardinals reassured me that the timeline to get an exemption is going to be way past my retirement date but they still want me to go through the motions to get the paperwork done and submitted to them within the next 30 days. But that was mentioned to me was 5 December 21 for those deploying. I'm sure there's an army ALCARAT on this. I am in the Army Reserve so I feel that the federal law will follow you as well. Just check with your G1 or 1SG.
(0)
Reply
(0)

CPT (Join to see)
1 mo
SPC (Join to see) The order that came out states that you may be undeployeable. We are training to fight China and Russia now. If you are thinking that you don't need to be vaccinated and not risk of the potential of facing some biological warfare if you were to go to war in the southeast then I would your definition of readiness.
(2)
Reply
(0) 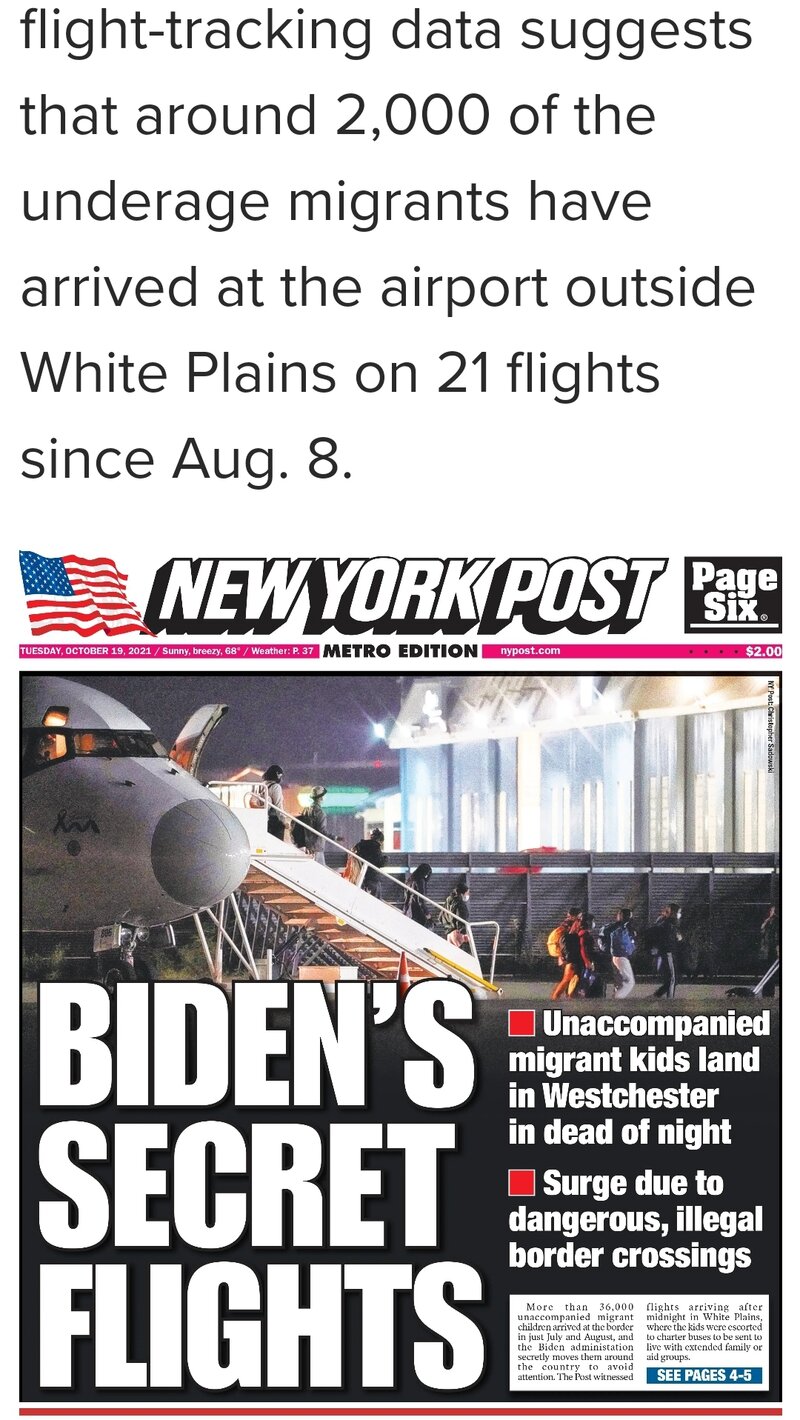 CPT (Join to see) I have received the smallpox and Anthrax series of shots already. Illegals from all over the world are being allowed in and flown secretly like something out of the movie Con Air. If you are a Canadian tourist wanting to visit the USA, need to prove that you have taken some coronavirus vaccination but if you are an illegal alien from any other part of the world coming through the southern border, Anything Goes! This is not racist because a lot of people who are coming illegally are white people from Europe or other Caucasian parts of the world. This Administration is being really stupid and they're going to lose in the midterm election thanks to their leftist open borders mentality.
People with smallpox, measles and other diseases. This Administration treats the Border as threatcon Alpha
CPT (Join to see) SFC (Join to see) Sgt (Join to see) SPC (Join to see) SSgt Christophe Murphy CPT (Join to see)
(1)
Reply
(0) 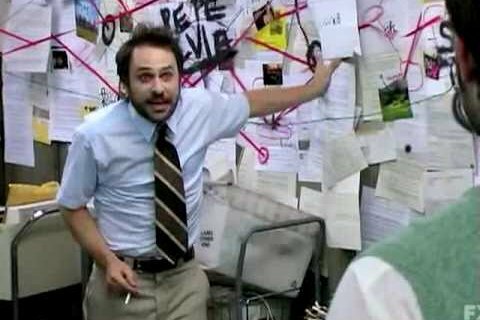 Capt Gregory Prickett
Posted 1 mo ago
If he doesn't want to do his part as to receiving his vaccination, why should the Army think that he'll put his buddies ahead of himself in combat?
(9)
Comment
(0)
show previous comments

Capt Gregory Prickett
1 mo
Larry Goodwin - It affects deployment because many nations won't allow unvaccinated people to enter. It also puts a burden on the military medical system, which should be focused on treating our service members who are injured or wounded. Since the overwhelming majority of COVID hospitalizations and deaths are now from the unvaccinated, it places an undue burden on the system to deploy an unvaccinated service member. Plus, DOD regs states that unvaccinated individuals are not deployable. For example, for a service member going to Japan or Korea, they have to be vaccinated against Japanese Encephalitis. If you are going to Sierra Leone, you have to be vaccinated against Yellow Fever.
(1)
Reply
(0)

Larry Goodwin
1 mo
But people can still get covid after having the vaccine..just stating it does happen(not just people who are unvaccinated are in the hospital for covid)
(1)
Reply
(0)

Capt Gregory Prickett
1 mo
Larry Goodwin - It doesn't really matter. DOD has decided that everyone will get the shot, and that those who don't are not deployable. DOD also has a policy to separate non-deployable personnel from the service.
(0)
Reply
(0)

LTC (Join to see)
Posted 1 mo ago
If the main general of the army talks about white rage and doesn't want to admit his failure in Afghanistan, I would say wait this one out until we have a new president. Even though they say they do give exemptions, when you are a recruit, they can be picky and not let you in. I would say wait three and a half more years.
(6)
Comment
(0)
show previous comments

PO1 Mark Koenig
1 mo
I didn't get a choice when it was anthrax, small pox, yellow fever, etc. It was known that I wouldn't be able to support my team if I wasn't medically cleared for deployment. I took an oath to follow orders so why is this COVID discussion still drawing breath? COVID in the ranks isn't the issue. The issue is that we are diminishing our readiness with all the woke nonesense.
(2)
Reply
(0)

LTC (Join to see)
1 mo
PO1 Mark Koenig yes, the woke nonsense. I would be more worried about Anthrax, smallpox, Japanese Encephalitis which wasn't considered racist but that's what they call it but I have that shot as well. I have Hepatitis A and B shots, the DTaP shot. I have all five shots of the anthrax shots. USA is turning into Australia. The leftist radicals of antifa and black lives matter Marxist couldn't do oh, this coronavirus shot will. Pilots quitting, police quitting, firefighters quitting, Medical Personnel of all kinds and expertise quitting... I hope they all go to Florida because of Governor Ron DeSantis will not fire them. President Biden again lying saying he would not push a vaccine mandate. His lies will pile up and pretty soon he will lie more than President Trump ever did.
CPT (Join to see) SFC (Join to see) Sgt (Join to see) SGT Steve McFarland SSgt Christophe Murphy CPT (Join to see)
(3)
Reply
(0)

Capt Gregory Prickett
1 mo
LTC (Join to see) - Yes, we already know that you don't care about your oath, nor about following orders.
(1)
Reply
(0)

SFC (Join to see)
1 mo
LTC (Join to see) - Well Japanese encephalitis "Japanese encephalitis (JE) is a vector-borne viral disease that occurs in South Asia, Southeast Asia, East Asia, and the Pacific." And it appears discovered by a Japanese scientist - so why would it be racist to have it named that? However, calling covid-19 the "China flu" makes it sound like it only affects the Chinese. And it doesn't.

Look we all know you live in this weird little fantasy world where you're oppressed and persecuted but you're not. Just because you now live in a time you are made to feel a little bit uncomfortable doesn't mean you're oppressed or persecuted. I'm not sure why you and those like minded want to be persecuted so badly.

Also Biden said he wouldn't support a government mandate that ALL Americans receive the vaccination. I don't get the surprise by the military having to get an approved vaccine. It's not new.
(0)
Reply
(0)
Show More Comments
Read This Next
RallyPoint Home