Why are officers recognized with awards more than enlisted? 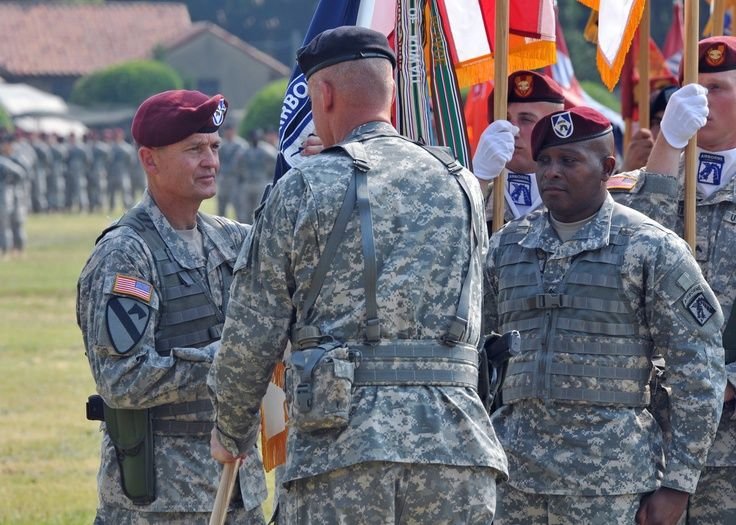 MSG (Join to see)
Posted >1 y ago
Man, there are a LOT of officers responding with their thoughts on why the enlisted ranks don't get the amount or level of awards that officers get.

And most of these answers are hilarious. But only because I'm a RETIRED MSG and it doesn't matter to me anymore.

There is an unwritten law in the Army that the higher the rank you are, the higher the award you get for doing a thing. and I am not whining, it really doesn't matter to this retired Soldier so I am speaking objectively.

I have been on the receiving end of not getting the award that an officer who did the same thing DID get, I have put in Soldiers for Awards and seen officers that I put in get upgraded while enlisted (especially lower enlisted) get downgraded for THE SAME ACTIONS.

And when I have mentioned these discrepancies, I have been told "that must just be your unit," "that's probably not what happened," or my favorite, "you don't understand the dynamics of what happens at higher levels."

I WAS the higher damned level. I ran a Batalion and a Brigade S2 Section. And I repeatedly watched as enlisted Soldiers got awarded lesser awards than officers, often for events in which the enlisted Soldier did something well beyond the officer's actions.

This is an Army-wide issue, and one that has been going on for decades. In 1993 as a Private I got an Certificate of Achievement for beating the best time on the "Green Hell" obstacle course in Fort Sherman Panama. My partner, a junior NCO, got an AAM. Later I found out that two officers, a 1st Lieutenant and a Captain, recieved ARCOMs for getting the "best time," which wasn't actually the best time but what translated to the "best time for a pair of officers," which they happened to leave off of the award citation.

In Iraq in 2009 I put a couple of Soldiers in for ARCOMs for their actions in the Intel field. I put our OIC in for an ARCOM as well, because I knew that putting him in for anything less would be a ska in the face that would cause all of my Soldiers' Awards to get slapped down. Our OIC had only been with us for bout a third of the deployment, prior to that we were without an OIC, having myself and one other NCO to run things. Our OIC was awarded a Bronze Star, and most of my Soldiers received AAMs.

I and most NCOs have long understood that the system is INCREDIBLY flawed, and that one just needs to Lee their teeth together and grind it out because the people who would CHANGE the flawed system are the same people who currently BENEFIT from the flawed system - namely, officers. and it's not ONLY officers; Senior NCOs are often given awards that are WILDLY out of proportion for the actions they have taken. Not too long ago a 1SG got an ARCOM for reporting Soldiers who were complaining ONLINE about their leadership. This, to me, says that her "trolling" of these Soldiers is equal in merit to the Army as my actions in COMBAT that merited an ARCOM. Which is, obviously, fucking RIDICULOUS.

I am not trying to offer any type of fix for this, I am simply stating the facts: officers (and to an extent senior NCOs) receive preferential treatment when it comes to awards. Anyone who tells you different is either delusional, bullshitting, or an officer who is trying to defend a flawed system.

And that's okay. My DD-214 is two pages long with all of the damned awards and decorations I received by being in the wrong place at the wrong time for the Army over three different decades, and I've found that once you're out not a single one of them matters.

SFC (Join to see)
2 mo
My brother, a major at the time, put in some of his troops for Bronze Stars for valor against Iraqi insurgents. They rushed into a crossfire to extract fellow troops. They were turned down flat for ANY decoration. Why? Because they were serving at Abu Ghraib during the scandal that occurred in 2003. They had NOTHING to do with the garbage that occurred in the cell blocks. They manned the towers on the exterior wall. But, because they were there...
(1)
Reply
(0)

SSG (Join to see)
1 mo
Army service awards (slightly distinct from achievement awards) also are supposed to consider the responsibility of the soldier. So LT Joe and PVT Joe do the same thing. PVT Joe gets a COA for outstanding achievement and LT Snuffy gets an Arcom service award. The theory is that the LT was responsible for more day to day than the PVT. There can be a case made for that but it’s semantical.
(0)
Reply
(0)

PO2 Russell Lincoln
1 mo
It isn't just the Army, I was in the Navy during Desert Storm and saw the same thing happen.
(1)
Reply
(0)

SSG Bill McCoy
1 mo
Good thread; but I'd say that enlisted get more VALOR awards than officers. For example, 77% of Medals of Honor have gone to enlisted personnel; 23% to officers. Officer DO get mroe achievement awards, no doubt about it. And junior enlisted are lucky to gat an AAM while higher ranks get athe ARCOM ... some with a "V" device and many SSG's and above get the Bronze Star - even those who spent their entire tour, "inside the wire," whild mor juniof SGT's got far less. Same with the CAB - my son's unit gave all SSG's and above the CAB - again, even those who never participated in a firefight and no rounds landed inside the wire. Meanwhile, PVT's thru SPC's got NO CAB, even those involved in firefights.
(0)
Reply
(0)

CPT Jack Durish
Posted >1 y ago
A very reasonable question with a very simple answer. Junior officers, the ones in closet contact with enlisted personnel aren't very adept leaders. They are lucky to know how to do the simplest tasks of leadership let alone something sophisticated like recommending personnel for awards and decorations. Their immediate superiors aren't much better. However senior officers who are well aware of the significance that decorations can have on a military career rarely witness the accomplishments of the troops as individuals. What's the solution? If you witness an act of valor or a significant accomplishment that you feel is worthy of recognition, bring it to the attention of your immediate superior. Suggest a that they submit a recommendation for recognition if they're too dense to take the hint. Write it up yourself if you have to. Then hope that someone does the same for you when you deserve it. If anyone gives you trouble for following my advice, refer them to me.
(291)
Comment
(0)
show previous comments

Lt Col Jim Bemis
5 mo
I thoroughly believe, understand, and agree with those sentiments about field or combat medics.
(2)
Reply
(0)

Sgt Dennis Doty
4 mo
Navy corpsmen were some of the finest Marines I ever knew. Absolutely entitled to the Eagle, Globe and Anchor they wore.
(3)
Reply
(0)

SPC (Join to see)
4 mo
Sounds like a BS officer answer, does not explain the true heart f the problem. Such officer good ole boy system for promotion points, such as an Nco being pit in for silver star being down graded to bronze for saving 2 lives while losing his own, yet the senior ncos and officers recieved the same award for sitting at the fob and planning the mission.
(0)
Reply
(0)

MSgt Thomas O'Rourke
4 mo
I believe that our SNCOs have to be the catalyst here. We have a well educated and deployment savvy group here that can spot noteworthy performance and articulate its relevant merits with clarity and conviction. The SNCO training that I received prior to promotion into that level was focused on this aspect of PME.
(1)
Reply
(0)

MGySgt James Forward
Posted >1 y ago
Don't get wrapped around the axle on awards, sometimes there is not much rhyme or reason. Do you best always, I never worried about any awards. End of tour before PCS orders is a give away award in my book and does not occur that much in the Marine Corps. We also don't give promotion point for them either. Yes, looks nice on your uniform but you evals and performance are what count in my book. Semper fi and keep charging.
(214)
Comment
(0)
show previous comments 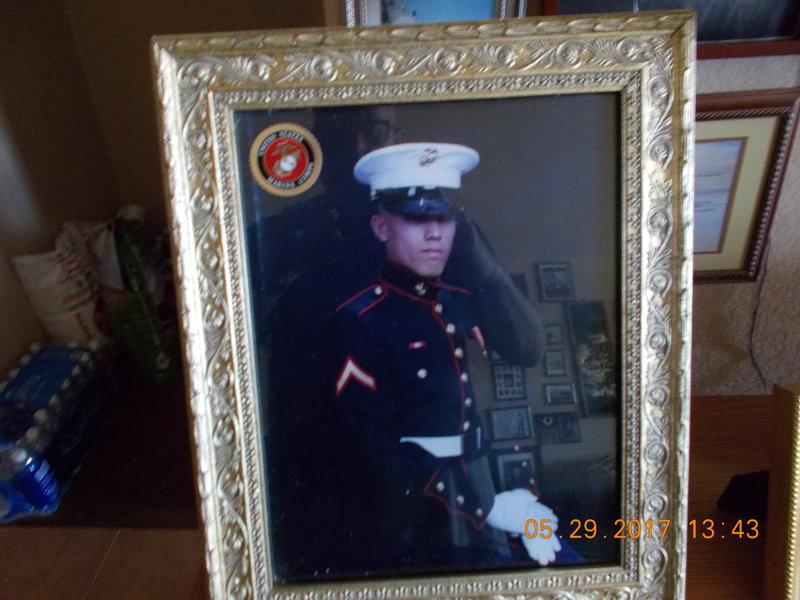 GUNNY my son was in the corps 2002-2010 in 2005 he went to fajuallah and on his first patrol he got a bronze star for calling in air support he was a 0621 CPL at the time. he sent me a dvd for the awards ceremony and watched it had tears in my eyes. he is my hero. he did another tour in fajuallah with 1st recon he became a sgt. got out in 2010. went to school over the internet got his degree in IT ENGINNERING. now he is working on his bachelors in IT CYBER SECURITY. The marines gave him the leadership needed to excel ahead. this was him in 2002 after MCRD SAN DIEGO.
(9)
Reply
(0)

SSG Bill McCoy
4 mo
SGT Randall Smith - Yes, some "whinning," but I don't think it deserved a "down vote." After all, you weren't in his boots and what he said could be entirely accurate. Frustrations after combat tours are common, and exacerbated by what he said he experienced. Give the man a break.
(0)
Reply
(0)

CPL Jason Northedge
4 mo
I'm not a marine but I like your answer. Don't sweat the BS. You can be a great marine or soldier and have 1 medal/award.
(1)
Reply
(0)

SFC James Welch
4 mo
All military personnel are judged by the set of ribbons on their Class A’s and the. Badges they wear. They combine to tell the story of you and your career at a glance. It has always been this way. No one thing in Military Life holds so much resentment, jealousy, by those who haven’t been there, done that. This is true of all ranks. The old”I don’t have those so you couldn’t possibly have earned them”syndrome. When I returned from Vietnam it was so bad I wore only my Aircraft Crewman Wings and my highest award was Bronze Stars. My Sargent Major hated a Buck Sargent who had a Silver Star(he was Infantry in the 1/22 Infantry Battalion. He made his already difficult life hell. The man was suffering from PTSD but people didn’t know much about it then. There were also Officers in that unit who hadn’t been anywhere overseas who resented anyone who had been in Combat. Jealousy is a horrible thing!
(1)
Reply
(0)
Show More Comments
Read This Next
RallyPoint Home