Would you prefer news written by a robot? 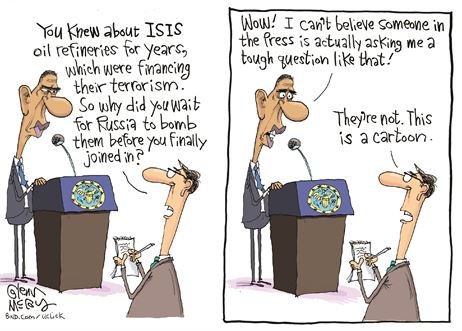 http://adigaskell.org/2015/10/07/how-the-crowd-and-automation-are-influencing-journalism/
"Main Stream Media" AKA "MSM" has come to be used as a pejorative by many Americans, especially those of a conservative persuasion. There is little basis to argue that the principal purveyors of news both in print and broadcast are predominantly progressive liberals. (Really. Don't argue. Fully 80% of them self-identify as such.) Thus, they have created and maintain a "narrative" with that supports the progressive agenda. All the news that supports the narrative is splashed across the front pages while that which is adverse to their opinion is relegated to back pages if it is printed at all. Newspapers and broadcasters that fail to support the narrative are vilified (think Fox News).

Could we expect robotic journalists to fare any better? That depends on the algorithms that direct the news they write. Inasmuch as the programmers were most likely trained at the same colleges that produced the journalists, it is likely that they will be similarly indoctrinated with the liberal progressive ideology. (What? You want to argue again? Look at surveys of college professors and you'll see that the vast preponderance of them self-identify as liberal progressives.)
Posted in these groups:

PO3 (Join to see)
Posted 6 y ago
even worse .... they just need to modify the "programming" ... and the robotic journalist will be under prefect "control" of whoever control the "news".

Because human sometime make "mistake" and showed their true self. that is why sometime some of the left or right "journalist" do show that they do agree on something. instead of robot will never show that at all.
(2)
Comment
(0)

Maj Bill Smith, Ph.D.
Posted 6 y ago
Jack, Love the Cartoon by my friend Glenn McCoy. He is on Facebook at https://www.facebook.com/glenn.mccoy1 and a fellow SIU grad. Often run his an other "right minded" toons on the ARRA News Service http:/arranewsservice.com , Bill

Maj Bill Smith, Ph.D.
Posted >1 y ago
As editor of the ARRA News Service, I would question news being done by an robot. However, I admit I use a lot of news aggregator sites to feed me info on current stories from numerous news agencies and non-profit agencies. And, I admit that much of the "alleged" news commentary coming out to the mouth of the various main stream media heads, specifically the media news channels, to be brainless and definitely not news worthy. In fact, I have found on the ground unpaid bloggers digging out facts and posting news stories which are hidden or uncovered by a biased "lame" stream media. Free Speech reigns with bloggers and independent press stringers.

Government would like to control news and promote propaganda supporting their efforts if they could. Robots cannot think but only aggregate info fed to them. How can one trust a Robot to protect the Constitution and our Bill of Rights?
(0)
Comment
(0)
Show More Comments
Read This Next
RallyPoint Home