You are President: #1 thing you'd do to improve the United States? 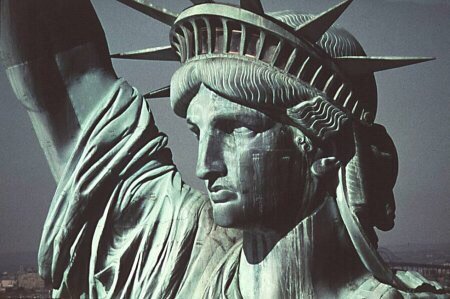 Let's say you got elected somehow, to serve as the United States President. What's the very first thing you would attempt to do to improve this nation? Got any fresh ideas?
Posted in these groups:

SFC Casey O'Mally
3 mo
SGT (Join to see) - Why then, is the President term-limited? I mean, elections, right?

If term limits other than elections are useful, then why NOT have them for Congress? If they are not useful, why are they there for the President?

If Congress has effective term limits through elections, why is Bernie still a Senator? Or McConnell, Schumer, Leahy, Grassley, etc.? Why is Pelosi still a Rep? Or Roger's, Smith, hour, etc.?

There are 9 current people in Congress who have been there for more than FORTY YEARS.


So tell me again about term limits via elections? (Also, I can do nothing about ANY of those folks, except McConnell, and I *do*vote against him every chance I get)
(0)
Reply
(0)

1SG (Join to see)
Edited 6 y ago
Posted >1 y ago
Reopen Ellis Island and require all immigrants to register there (or somewhere like it) prior to being allowed to work. Issue a biometrics card that is very difficult to forge and require it for employment as a non-citizen. Fine heavily any business/ entity that disregards this rule and is found with undocumented workers. Require that this card be presented for any government benefits or non-emergency hospital visits.
Sit back and watch the magic happen.
(88)
Comment
(0)
show previous comments

HA Janet Valenti
3 mo
I do not know why you worry about the Mexicans that cross the border. They work when they get here!!!! They are NOT collecting welfare like so many of the American families freeloading!!!
(0)
Reply
(0)

SGT John Overby
3 mo
CPT (Join to see) - Just look around you for them sitting on their ass nd doing nothing. Our community has a lot of hard working immigrants from south of the border,
(0)
Reply
(0)

LCpl Jeff Moore
3 mo
No need to reopen Ellis island, every legal immigrants was biometrics collected at their visa application, and at the time they entry the U.S. at a port of entry. They get a huge package that directs them to what ports they can cross at and say do not open.

Now the part about going after firms hiring illegal aliens is dead on.
(0)
Reply
(0)

Here is your bus ticket, there's the border. Bu-bye.

CPT (Join to see)
3 mo
HA Janet Valenti - I understand your point, but they still take jobs from Americans. Irrespective, the path to permanent residency / citizenship is too long and way too expensive. Any investigation that allows someone to come here in 6 months to a a year, is better than a wholesale invasion of people not vetted at all !
(1)
Reply
(0)

LCpl Jeff Moore
3 mo
HA Janet Valenti - but do you see the cartel members they paid to cross? You realize they call home and encourage others to cross illegally further given more money to the cartels.
(1)
Reply
(0)

SFC Casey O'Mally
3 mo
HA Janet Valenti - You work side by side with illegal immigrants? Kindly let me know where you work so I can report your employer for violating employment law.
(0)
Reply
(0)
Show More Comments
Read This Next
RallyPoint Home