Is it time to abolish the United States Air Force as a branch, merging its capabilities into one or more of the other branches?? 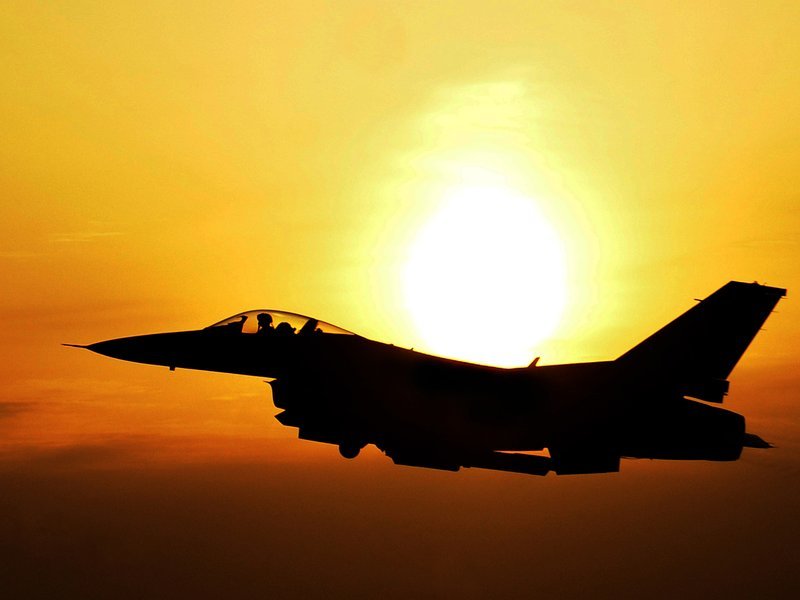 I am fine with the arrangement as it is, but the suggestion posed in the attached article seems legitimate enough to consider. When it comes to national defense, we should always be seeking the best possible arrangement.
Posted in these groups:

Sides that if they got rid of AIr Force what service is going to step up and build the kick ass chow halls?
(55)
Comment
(0)
show previous comments

A1C Charles D Wilson
5 y
SPC (Join to see) - Sorry but wrong sir. Between refuel, cargo, AWACS, bombers and fighters the USAF has the most active aircraft fleet. You would actually be surprised at the numbers if you research active bases and even guard with reserve still have to complete refresher flights to keep them sharp.

TSgt Aaron D.
5 y
Guys, we should leave PFC Armstrong alone, he just got out of Army BCT yesterday so he obviously knows more about how Air Force operations work.
(0)
Reply
(0)

SPC Robby Robinson
5 y
Am I reading this right? WHat I mean, does the poster NOT know there are essentially two services, Army and the Navy? The Air Force was part of the Army in WW2, Army Air Corps.
(1)
Reply
(0)

SPC (Join to see)
5 y
SPC Robby Robinson - Yes, the Air Force used to be part of the Army, and that is why it became it's own branch... It's scope grew too large for the Army to be THAT massive and all encompassing. Not to mention it's mission is completely different than that of the Army. Besides, every other civilized nation differentiates between it's Air Force and it's Army. And usually have Navies and Marine components that field and operate their own, branch specific, purpose built air craft.
(0)
Reply
(0)

SPC Robby Robinson
5 y
SPC (Join to see) - I agree. I think for some reason most of my response was cut off and thus it looked as if I may have been so inclined to agree the Air Force should be reabsorbed back into the Army.
For clarity I am NOT of that mindset. I believe the Air Force plays a tremendous role in our nation's warfighting capabilities.
If I am NOT mistaken the Air Force plays a huge role in military logistics, I see the AF supporting the lion's share of the military transportation network, the lion's share of bomber related missions and CAS for mostly the Army but all ground forces if needed.
Additionally, I am acutely aware of the role the Air Force 24th Special Tactics Squadron plays in JSOC. I know beyond a shadow of ANY doubt there are many boys from the Naval Special Warfare Community, Army Special operations and Army Special Forces, Marine Corps Raiders who owe their very lives to a small community of PJ's
(0)
Reply
(0)

PO1 Sanford Snyder
3 y
So interesting to see those who forget that the US Navy is already sailing near most of the trouble spots. Self contained, no need for bases on foreign soil, or permission to fly over oceans to get to where they are needed. AF, first line of defence? respectfully, no. As to why they would never be eliminated, they are the only major military force created by a modern Congress, therefore, ego keeps them in place, and over budgeted.
(0)
Reply
(0)
Show More Comments
Read This Next
RallyPoint Home