Lt Col Charlie Brown
174
57
13
19
19
0
Awakening the Sleeping Giant by Tara Ross
On this day in 1941, USS Kearny participates in an emergency rescue mission—and it would be attacked by the Germans. But wasn’t the United States neutral in World War II at that juncture? The attack on Pearl Harbor and declarations of war on Japan and Germany were still nearly two months away.

Believe it or not, several American vessels clashed with the Germans in those months. As early as April 1941, USS Niblack was dropping depth charges to ward off a potential German U-boat attack. Niblack escaped its “bloodless battle” without any damage, but Kearny would not be so fortunate. Instead, the ship would suffer nearly three dozen casualties.

Yet a spark of hope shone through the tragedy: It provided an early glimpse of the Greatest Generation in action.

“Everyone just did his job—and two or three more,” one ensign would say, when asked to explain how the ship survived. “If I am torpedoed again I hope I have this crew with me.”

Kearny was then stationed in Reykjavik, Iceland, serving in escort convoys for merchant ships. Trouble began during the night of October 16-17 when one such convoy came under attack. Kearny and other escort vessels began dropping depth charges, hoping to scare off the German U-boats. Unfortunately, a tanker was hit—and the light from the explosion left Kearny clearly illuminated against the dark night sky.

The Germans were quick to find their mark. Three torpedoes were launched. One struck Kearny on her starboard side. A huge hole was blown in the middle of the ship.

One crew member, Alphonso “Al” DiPasqua, later recounted his attempts to make his way to the midships engine room when the alarm for General Quarters sounded. He had no idea that it had just taken a direct hit from the torpedo.

Smoke and fire filled the air. It was nearly impossible to see. At one point, Al saw a sailor fly by him—except it was just the top half of his shipmate. Suddenly, Al thought someone grabbed him from behind. He turned around to look, but no one was there. He had an odd feeling, so he turned around and went back the way he’d come. Al later discovered that he had been mere steps away from plunging through a gaping hole created by the torpedo.

Al later told his son that the “hand of God” had turned him around.

Meanwhile, the crew swung into action, working quickly to put out flames, to reinforce wrecked bulkheads, and to confine the flooding. There were many heroes that day, including Seaman 1/C Harold C. Barnard, who voluntarily made his way into the dark and isolated passageways below. Someone had to check and reinforce the watertight fittings down there, but he surely knew what would happen to him if the ship could not stay afloat.

Amazingly, the crew kept Kearny under control, and the vessel limped back into port at Reykjavik. One engineer observed that “many observers, and particularly British naval officers, were struck by her upright posture, and were amazed that she was still afloat after receiving a torpedo hit amidships.”

“America has been attacked,” President Roosevelt told the nation several days later. “The U.S.S. Kearny is not just a Navy ship. She belongs to every man, woman, and child in this Nation. . . . The purpose of Hitler’s attack was to frighten the American people off the high seas—to force us to make a trembling retreat. This is not the first time that he has misjudged the American spirit. That spirit is now aroused.”

The nation was technically still debating its neutrality. But the Sleeping Giant would finally awaken several weeks later, at Pearl Harbor. 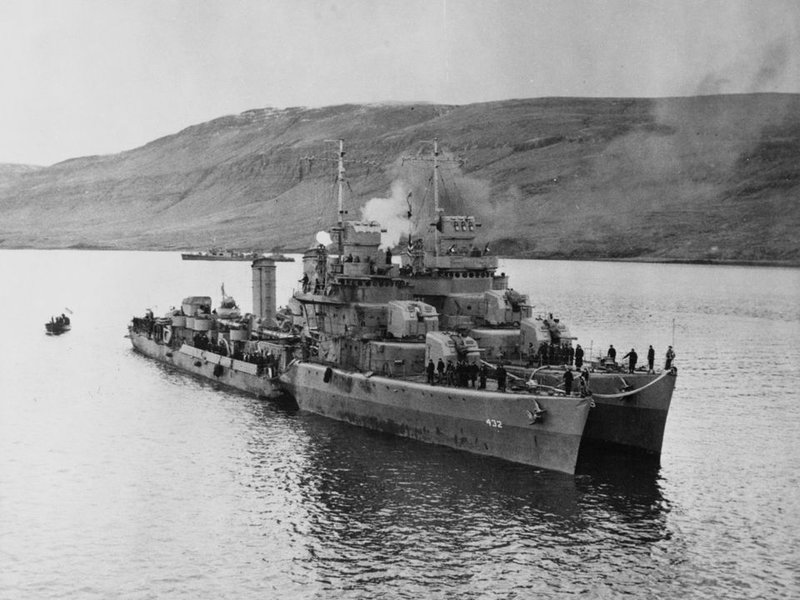 CSM Chuck Stafford
Posted 1 mo ago
Never knew this. Thanks for posting
(5)
Comment
(0)