Should Cadets be treated as Commissioned Officers? 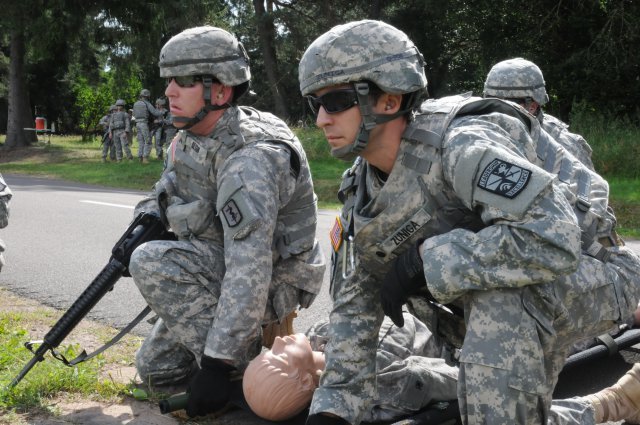 I had a newer Private in my unit pose this question to me at my last drill weekend. In context, this Private was walking outside the Company area and saluted a cadet who did not return the salute. I have minimal experience dealing with Cadets, and informed him that I would get a proper answer for him. To my understanding they can be saluted as a sign of respect, but it isn't required yet.
Posted in these groups:

SGT Victoria Belbusti
Posted 4 y ago
We had a cadet spend a few weeks with us in a Charlie Med one summer. She said we had to salute her. One of my buddies rattled off the regulation you posted above. Then said, "no miss, we do not have to salute you, you haven't commissioned yet, you kind of aren't actually IN the army yet".
The same cadet was quite butthurt and kept terrorizing the lower enlisted for salutes. So we just started to call her "dot" referring to her "rank".
(488)
Comment
(0)
show previous comments

Col Stewart Holmes
7 mo
Wow, I cannot believe this is still a discussion issue in 2020. Military Academy Cadets are on active duty in the grade of Cadet. They have no commission or warrant. They only salute officers and no one salutes them. ROTC Cadets are normally in reserve status. When they are on orders in active status, they are the same as Academy Cadets. I am a 1984 Air Force Academy grad and retired Colonel O-6. If a Service Academy Cadet ever does this, shame on them because they are taught the rank structure. If someone salutes them by mistake they should return the salute and then explain that no one needs to salute a Cadet.
(11)
Reply
(0)

Col (Join to see)
4 mo
Surprising this cadet would have the expectation of being saluted, and would make a stink about it after being correctly informed she was mistaken. As a future leader she should be focused on what she can learn from the experience she was afforded, not propping up her ego.
(4)
Reply
(0)

LTC Joe Anderson (Taz or Joe Retired Now in Contract Compliance)
4 mo
No, they aren't Officers. While on SMP and Active duty statues they get E5 pay. However Per AR 600-20. (Posted here) in the Chain of Command (CoC), Cadets do fall between the Rank of Senior Enlisted and Warrant Officer. Right or wrong, like it or not per AR 600-20 they do outrank Enlisted Soldiers. They do not warrant a salute. However, a Chain Of Command can order its Enlisted soldier to salute cadets (I don't agree with this but they can). As an SMP I was never saluted and as an Enlisted Solider never saluted a cadet. I did address them as Cadet, Mr./Miss, Sir/ma'am, and as a cadet was referred to as cadet or Sir. At Infantry school, we had to come to "Parade Rest" for Cadets. However, we came to "Parade Rest" for E5's through E9's as well. Between Contracting and Commissioning, I was Honorable Discharged as an SGT/E5. However, AR 600-20 is clear that Cadets fall between Enlisted and Warrants Officers Ranks.

A good cadet will see themselves as an apprentice learning from the Enlisted, LT's, and CPT's around them. They will not worry about where they fall on the CoC. A bad one will push the CoC and not learn from the enlisted soldiers. They will not realize the Enlisted Soldiers around them have much more experience than they have. Allowing their ego to waste the opportunity they have to learn. In this situation, in my opinion, the AR gets it wrong. But the Commands, Units, and even cadets themselves (For the most part) fix that error and ensure the cadets are there to learn how to lead, not to lead without an Officer guiding their every move. As an SMP I did lead some missions at "Annual Training." However, the LT I was assigned to was right alongside me every step of the way when I was in charge. I was in charge for training, NOT because I was senior to the Enlisted in the Platoon or Company.

SrA Angel Rodriguez
3 mo
Already being arrogant and acting like she’s better. We ran into the cadets while I was in boot. My MTI scared them by driving the flight right towards their direction then switching before we ran them over. It was epic.
(0)
Reply
(0)

SFC George Smith
Posted 4 y ago
NO ... they have Not Yet earned the Right or the Privileges... they still have the opportunity to BOLO
When We were training or had to deal with them ... in the Distant past... they were referred as Cadet... and treated as Sgt. E-5's...
(271)
Comment
(0)
show previous comments

SPC Steven Nihipali
4 mo
LtCol William Bentley - I'd have cheered for you, sir... sounds like that would've been fun.
(1)
Reply
(0)

SPC Linda Chandler
1 mo
I have had tot deal with a few cadets and Quite frankly sometimes the elevator does not go to the top floor. I think it’s all about respect respect and she gets has to be earned you cannot demand something that you were not worthy of.
(0)
Reply
(0)

COL Charles Williams
Posted 4 y ago
SGT (Join to see) The answer is in 600-20, but this article summarizes it pretty succinctly...
https://mwi.usma.edu/yes-sergeant-actually-west-point-cadet-outrank/

SCPO John Schneider
10 mo
From memory, Admiral Nimitz when addressing an Academy Graduation said (out of context) "The sailor is sly, cunning and devious and bears watching at all times". This introduction would have left some of the class with a negative impression & could color one's attitude for the remainder of a career. Whilst this was from the 1940's it still was not in the interest of promoting future leader attitudes.
Treating a young impressionable Cadet with anything but common decency and respect could in fact cause unnecessary 'coloring' of their attitude to life in the services. So a little common courteously could have a long lasting impact on a future leader.
(2)
Reply
(0)

SSG Ray Elliott
7 mo
When I was in the Navy we would often have Midshipmen come aboard our ship to learn the ins and outs of shipboard life. We were always told to treat them the same as we would Junior officers. The only thing I couldn't bring myself to do was call them sir, so I just referred to them as Midshipman. We would show them around the ship, explain the daily routine to them, tell them about the equipment we maintained, etc. Most of them were very gracious, and didn't cop an attitude. A few could be smartasses, and we could usually put them in their place by reminding them they were there to learn from us. We did salute them when appropriate.
(3)
Reply
(0)

LtCol William Bentley
4 mo
SSG Elizabeth LeMere - No, but a CO has the obligation to use common sense and discretion in applying regulations, because sometimes the regs are contradictory, or only partially applicable, or flat out wrong for the situation at hand. CO's are given wide latitude to determine the correct response, but not so much latitude to simply ignore regulations. A CO must always be able to articulate, say for their court-martial or to an Inspector-General, or to their superior, as to why they deviated from the letter of the law or regulation. IF they articulate a reasonable answer, they might still be censured, or not. That is why CO's are, as they say, "paid the big bucks" to use all information available to them to make a decision, and then accept the consequences of their decisions. Cheers,
(1)
Reply
(0)