PO1 William "Chip" Nagel
1.43K
38
8
9
9
0
An Air Force commander took serious heat from airmen on social media this weekend for berating his crew when they decided not to fly a training mission in dangerous conditions. In a leaked audio recording of a meeting with his subordinates, Col. Gary Donovan, the commander of the operations group for the 552nd Air Control Wing at Tinker Air Force Base, Oklahoma, can be heard expressing his “chasm” of disappointment to subordinates because a training mission was cancelled last Wednesday. 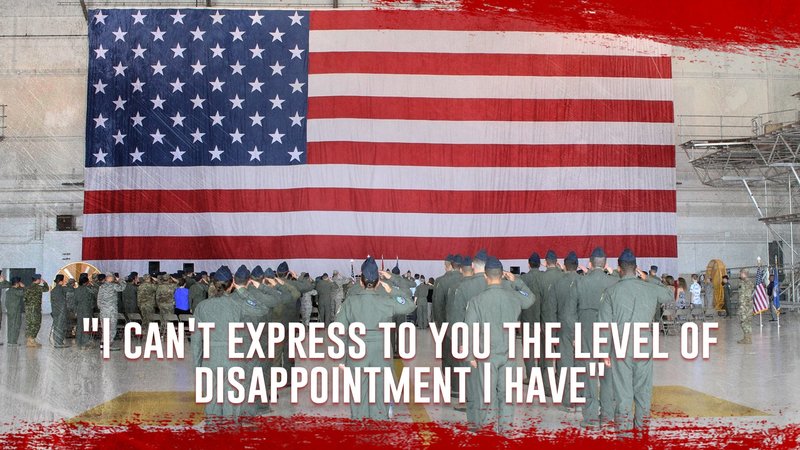 LTC Eugene Chu
Posted 6 mo ago
Good quote from article: “Toxic leaders don’t care about their subordinates, they only care about themselves … Toxic leaders berate, belittle, and demean teammates to accomplish their purposes,” Coyle wrote.
(12)
Comment
(0)

LTC (Join to see)
6 mo
should be included as an example in the leadership course of ILE!
(3)
Reply
(0)

1LT (Join to see)
Posted 6 mo ago
It is always up to the direct leader to make the assessment of his/her people. In this case, the aircraft commander assessing that his people were dangerously fatigued and cancelling the op was probably a good call.


It's also important as leaders to ensure your people and equipment are mission ready. The battle doesn't stop because people are tired and hungry, or because your truck has a flat tire.
From the article:
"In a statement, Col. Keven “Hitch” Coyle, commander of the 552nd Air Control Wing, said a miscommunication occurred during Donovan’s meeting with his subordinates on July 14. The crews in question had been augmented with two additional flight deck crews per jet who could have flown while the fatigued pilots slept in the jet’s crew rest area, Coyle said. “During the briefing the Operations Group commander was trying to convey to the crew to use this option, however, this was not communicated properly.”

Crew/Cockpit Resource Management (CRM) is an excellent tool to look at here to keep your people flying and overcome some hurdles. Assessing that a portion of your crew is fatigued allows you to tweak the schedule a little and allow them to get rest and take a safe shift on the flight deck later in your operation.

I'm not a pilot or an Air/Space Force Officer, though (not yet, anyways, hint-hint Space Force Selection Board), so this is just from an Army perspective of convoy and route clearance operations and keeping your vehicle crews rested enough to drive.

At the end of the day, that direct leader's assessment maybe saved 25-30 lives and $275 Million worth of airplane. Don't berate your subordinates for making a conservative call, especially in something as serious as flight operations. Let the men and women who lead those teams assess their status and give you a go or no-go.
Do, however, push them to utilize their resources effectively, think outside the box, and drive their people to be better.

SSG Edward Tilton
Posted 6 mo ago
ARE we going to vote on which orders we obey? Who determined safe/unsafe?
(3)
Comment
(0)

MSgt Dale Johnson
6 mo
First, this was a TRAINING mission, not a real world event. Second it is completely within the aircraft commander’s authority to cancel a sortie. Last, we're not talking driving your company Jeep somewhere and making radio calls, and E-3 AWACS plane is $270 Million dollar investment that should not be irresponsibly taking into a training operation.

IMHO the Operational Commander that "miscommunicated that there were additional Flight Crews that could take first flight duties while the others took Crew Rest is the pivot point that caused this issue, not the Crews already in need of Crew Rest.

From the Article, Most regulations, such as the one for crew rest, are learned the hard way. “Any ‘leader’ who signs off on high [operational risk management] out of home station for an exercise or a local needs to be removed,” they said. “AFIs are written in someone’s blood from a previous accident.”
(3)
Reply
(0)
Show More Comments
Read This Next
RallyPoint Home