The service on Friday announced that it awarded a contract to Heckler & Koch to supply a precision rifle to replace the M110 made by Knight’s Armament.

The Army wanted to acquire a shorter, lighter, more accurate, more ergonomic and more reliable gun for marksmen, according to Program Executive Office Soldier’s product portfolio. The new Compact Semi-Automatic Sniper System should be easier to carry and use in close quarters than the M110 without sacrificing performance or accuracy, PEO said.

The FedBizOpps.gov award notice said H&K will produce a maximum of 3,643 rifles over 24 months, as well as spare parts and depot support, at a max contract value of $44.5 million. There's a minimum purchase of 30 rifles for quality assurance testing.

The Army did not immediately respond to requests for comment, nor did Heckler & Koch. It is unclear from the FedBizOpps posting which model rifle won the contract, and whether it’s a commercially available gun, modification of one, or a new weapon.

A Knight’s Armament spokesman said the company had no comment at this time. 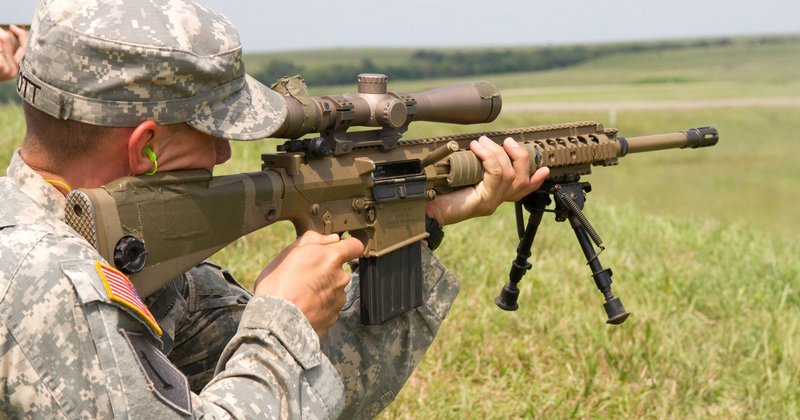 LTC Stephen F.
Posted >1 y ago
That is interesting news SFC Joe S. Davis Jr., MSM, DSL that the US Army announced that it awarded a contract to Heckler & Koch to supply a precision rifle to replace the M110 made by Knight’s Armament.
I expect the various Special Operations organizations and units will be able to retain or select their sniper weapon including those which tend to be Army centric.
(2)
Comment
(0)

The G28 ( 7.62x51mm ) is the new Designated Marksman Rifle for the German Army (Bundeswehr)