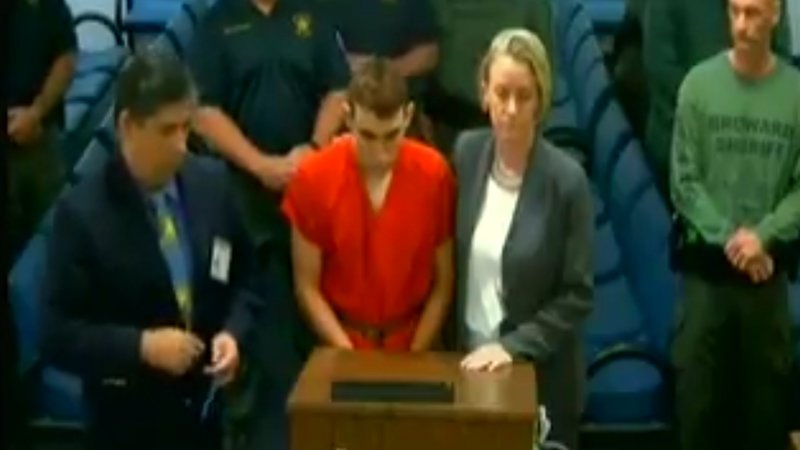 Posted from ibtimes.co.uk
Posted in these groups:

Capt (Join to see)
Posted >1 y ago
I am neither a gun owner nor an NRA member. I have owned guns in the past and I know many NRA members. I do not one who would send a death threat about anything.

I am not sure where you get your knowledge of the NRA 1stSgt Nelson Kerr But no group is either all bad nor all good.
(3)
Comment
(0)
show previous comments

CW3 Harvey Keck
>1 y
Capt (Join to see) - It was not stated by the OP, only suggested in the linked article, that NRA members (or "cultists") were making death threats.
Again, I repeat the possibility that "provocateurs" may be posing as NRA members -- at the risk that I might be accused yet again of "wishing for unicorns".
.
From the linked article:

According to Business Insider, another 17-year-old who survived the shooting ended up deleting his Facebook account over death threats from "NRA cultists". Cameron Kasky tweeted that he was taking a break from Facebook.

"Temporarily got off Facebook because there's no character count so the death threats from the @NRA cultists are a bit more graphic than those on Twitter. Will be back when I have the time for it. Busy getting my feelings hurt by fellow teenagers at Br**tb*rt."
(1)
Reply
(0)

1stSgt Nelson Kerr
>1 y
CW3 Harvey Keck - Most NRA remembers are not extremists or cultists but they definitely exist. Remember all the death threat surround the gunshop that dared try to selling smart pistols. The majority of the NRA membership is not extremist, but the leadership and a small part of the membership is extremist,
(0)
Reply
(0)

CW3 Harvey Keck
>1 y
1stSgt Nelson Kerr - What? No unicorns? No tinfoil? Only my NRA leadership and an small portion of the membership is "extremist"?
Yes, there is always a lunatic fringe. There are some gun-haters who try to "Swat" open-carry advocates who -- legally, are open-carrying, hoping to provoke a shooting when police respond.
(0)
Reply
(0)

CW3 Harvey Keck
Posted >1 y ago
These threats should be prosecuted. I sincerely hope that none of those threats came from NRA members, but from "provocateurs" posing as NRA members.
(2)
Comment
(0)
show previous comments

CW3 Harvey Keck
>1 y
1stSgt Nelson Kerr -
I repeat:
“Have you any evidence that Russian activity [supporting rallies for and against Trump] was 'BS'?”
(0)
Reply
(0)

COL (Join to see)
>1 y
Oh you mean like the black guy that got busted painting Nazi symbols on southern churches during the election? Hmmm. Say it isn’t so.
(1)
Reply
(0)

CW3 Harvey Keck
>1 y
COL (Join to see) - Very interesting, Colonel. It seems his motive was to cover up his robbery of the church to get crack cocaine, not to cause racial strife. But that didn't stop it being viewed as a "hate crime", and reacted to that way by Media and the usual groups.
The article correctly points out he drew one of the worst ever swastikas. I doubt if it would be recognizable, if it were not for the context in which it was found.

Authorities say church maintenance worker Nathaniel D. Nelson, 48, carried out the crime to "cover up his theft of money to buy crack cocaine."

PO1 William "Chip" Nagel
Posted >1 y ago
1stSgt Nelson Kerr Not Just There. Got Gun "Enthusiasts" sending Threats Around Here because they Feel "Bullied" by Youngsters Exercising their 1st Amendment Rights and Speaking Out Against Weapons of War.
(2)
Comment
(0)

Are you really sure they are who and/or what they claim to be?

PO1 William "Chip" Nagel
>1 y
CW3 Harvey Keck - 21 Years I Served in the Cryptologic, Electronic and Information Warfare Community. You are Talking an Agent Provocateur. That is a Distinct Possibility. Very Good. If Those that the Provocateur is Imitating Speak Out Loud and Strong against them it takes Wind Out of Their Sails though.
(1)
Reply
(0)