SPC Andrew Griffin
12.3K
162
91
18
18
0
Anybody who Numerous Schools and Medical Deferments just to AVOID going to War and Serving this Country doesn't have the RIGHT to Chant "USA"! He Ran Away from the Vietnam War! This Country DOESN'T need a Coward-N-Chief! 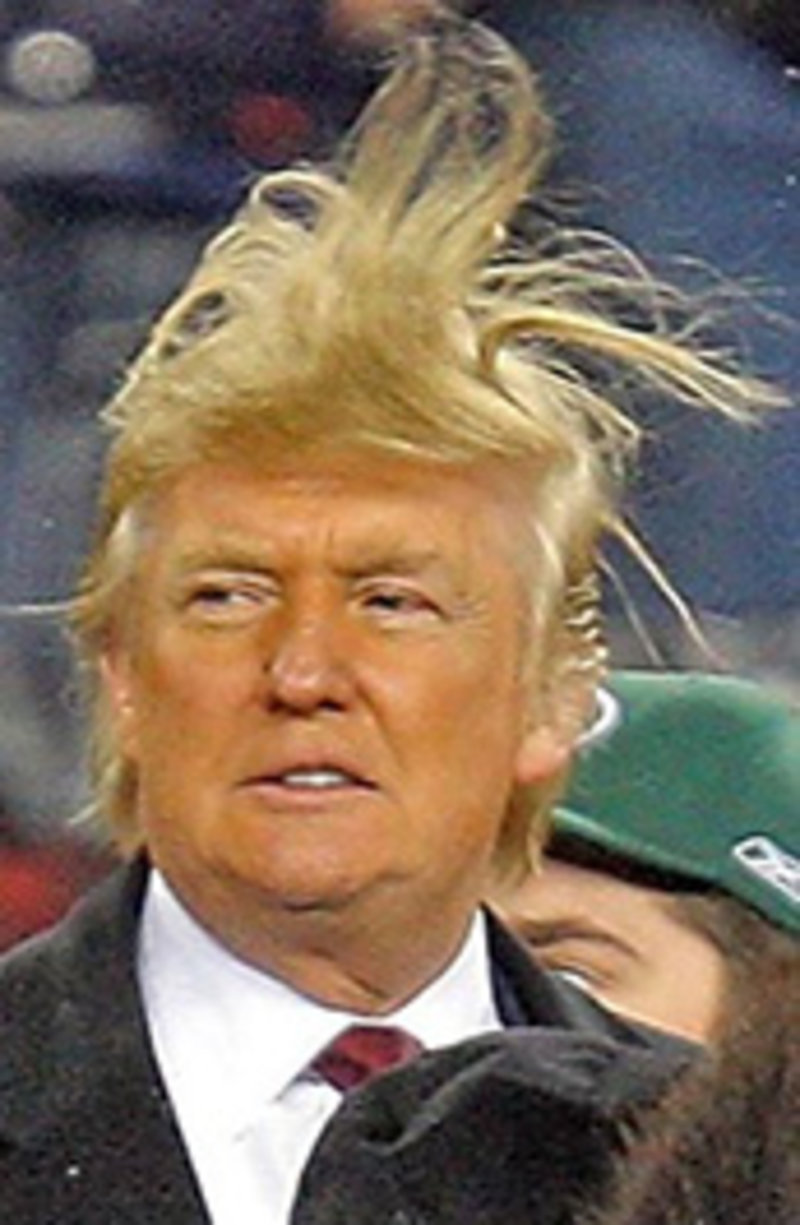 Posted from thesmokinggun.com
Posted in these groups:

CSM (Join to see)
Posted 4 y ago
None of the other candidates served...as far as I know. Hillary and Bernie BOTH worked with leftist anti-war groups. Obama is good friends with Bill Ayers and he bombed the pentagon and killed police officers. I'm no fan of Trump but all politicians are full of crap.
(18)
Comment
(0)
show previous comments

PVT David Racette
>1 y
All politicians are full of it. BUT Trump is not a politician
(2)
Reply
(0)

Maj (Join to see)
5 mo
Bill Clinton avoided service during Vietnam as well. The fact is, most future Presidents will likely not have served in the military. Trump is a big supporter of the military, didn’t get that feeling from Clinton or Obama.
(0)
Reply
(0)

2020 candidates with military experience struggle to break through

Of the three veterans remaining in the Democratic campaign, Pete Buttigieg hasn’t cracked double digits in national polling. Tulsi Gabbard failed to qualify for the third debate in Houston on Thursday. Joe Sestak, a retired admiral, has 0% support in an aggregate of polls.

MAJ Ken Landgren
4 mo
None of the other candidates claim to be a military genius.
(0)
Reply
(0)

To the best of our knowledge, no one has charged Trump with violating the Selective Service law. His student deferments were routine. And unless someone has new information, there is no legal issue with his medical deferment.
(15)
Comment
(0)
show previous comments

PO3 Bob McCord
1 y
SPC Andrew Griffin - What you are saying about President Trump was SOP and thousands didn't serve because of medical reasons, and they are still doing it. Your hatred for President Trump is messing up your mind Andrew. You need to get a grip on reality.
(2)
Reply
(0)

Maj John Bell
9 mo
SPC Andrew Griffin - So does your judgment of cowardice extend to everyone eligible for the draft during Vietnam, who did not serve. If so, 90.3% of military service eligible American males who reached the age of 19 between 1964 and 1973, according to you, are cowards and unfit for political office.
(1)
Reply
(0)

1LT George Walsh
4 mo
You are correct, no legal issue today with his medical deferment. But isn't there an issue of character in that the condition claimed, bone spurs, never prevented him from physical activity such as playing tennis?
(0)
Reply
(0)


Attention has also been paid to independent Senator Bernie Sanders's failure to serve. In an article in The Atlantic, it was reported that, after graduating from the University of Chicago in 1964, and moving back to New York City, the future candidate for the Democratic Presidential nomination applied for conscientious objector status – even though as Sanders acknowledged to the reporter, he was not religious.[164] (Sanders was opposed to the Vietnam War.[165] At the time, however, CO status was granted entirely on the basis of religious opposition to all war.[164]) Sanders's CO status was denied. Nevertheless, a "lengthy series of hearings, an FBI investigation and numerous postponements and delays" took him to age 26 at which point he was no longer eligible for the draft.[164] In a 2015 book critical of Sanders, journalist Harry Jaffe revisited that portion of the Atlantic article, emphasizing that by the time Sanders's "numerous hearings" had run their course he was "too old to be drafted".”

Joe Biden, a former U.S. vice president and senator who vied for the Democratic Party presidential nomination in 2020, as well as earlier in his career, was excused from military service in 1968 because of asthma as a teenager.[170][171] An Associated Press (AP) story, run in the conservative newspaper The Washington Times, states: "In Promises to Keep, a memoir that was published [in 2007] … , Mr. Biden never mentions his asthma, recounting an active childhood, work as a lifeguard and football exploits in high school". [170] A shorter version of the AP story ran in Newsday, a New York newspaper.”
(1)
Reply
(0)

CSM (Join to see)
Posted 4 y ago
If he submitted a request and it got accepted, I dont see the issue.... His talent was obviously needed in school not the jungle.
(9)
Comment
(0)
show previous comments

PO3 Bob McCord
1 y
LTC (Join to see) - That's what this hatred for President Trump has done to normal people, and I think the media should take the blame for filling peoples minds with so many lies.
(2)
Reply
(0)

PFC Tom O'Day
1 mo
PO3 Bob McCord - I may be dense but HATE, normal people don't hate anything. As a child my father would say hate is a luxury decent people can't afford.
I enlisted in the USMC over 60 yrs ago, yes I know a lot has changed. The most significant change in my opinion is in how we treat each other, civility.
Trump is not a person that I could ever admire. Before he even considered running for
President, which incidently he was then a Democrat,they would not even consider him take his donations sure, candidate no. His background was an open book, he paid to get on the cover of publications like the Inquierer. His companies got along great it was said with the gangs that controlled everything in NYC. So I guess if a voter believes that what we need to lead The USA is a multi bankrupt playboy. A man who many knew never had a bone spur issue, cheated on his taxes, his wives, his employees that Trump was their guy. Someone their children could look up to.
If shown to be true Donald Trump, his father and the hack doctor all conspired to rig a false injury to avoid his serving his, yours and my country. Reading some comments from others gives the impression that if you can get away with a crime, why not. There is no statute of limitations on filing false testimony on Federal documents I'm told.
Pls remember, Trump did not win the popular vote for president, Clinton did by over 3 million votes. He only holds office because of an outdated system created by the founders ( think $) in a compromise with slave-holding landowners and others, who did not trust their new country to the wisdom of a mostly uneducated population made up of small farmers, storekeepers and laborers.
Thanks,
TJMcGrath
(1)
Reply
(0)
Show More Comments
Read This Next
RallyPoint Home