Everybody Involved In That Dino Puppet Reenlistment Video Just Got Fired

SSG Warren Swan
1.95K
32
21
4
4
0
IF this is true, would anyone say it's an overreaction, or proper being all concerned knew this was not the way to do this, and if you're going to film it, don't post it? What are your opinions? 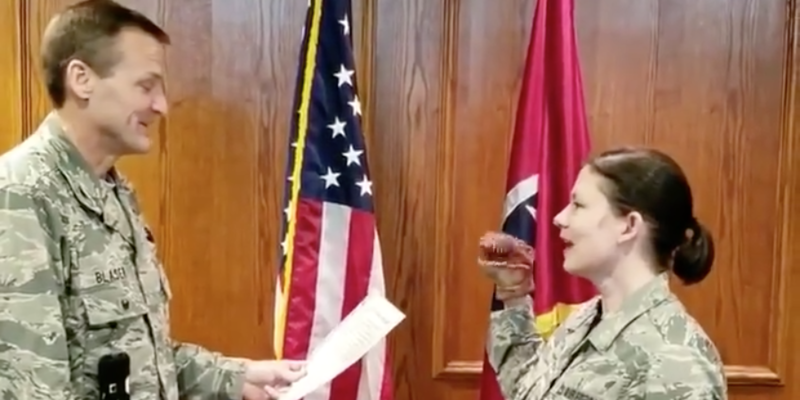 Everybody Involved In That Dino Puppet Reenlistment Video Just Got Fired

SN Greg Wright
Posted 2 y ago
I'm suspicious of the article's provenance. It takes time to bust and retire a Colonel, and for the life of me, I can't see doing that for this. I want to see more sources.
(3)
Comment
(0)
show previous comments

1SG Dennis Hicks
2 y
SSG Warren Swan - Staff, I enlisted in Dec 1977 and retired1 April 2013 (April Fools day) Every Generation calls the one before OLD Army, I am not old Army but I learned from OLD Army. Hell I could half ass it with kids today and they would say I was mean and harder than woodpecker lips :). I was actually in the process of going back in from the retired Reserves and jump again but due to some real issues with backgrounds checks taking 6, 9, 12, 18 months its not worth it when I draw pay in Jan 2019. That would have been an interesting introduction to so many young Soldiers and NCO's let alone officers, Any legal action in the Guard or Reserves would still take time, maybe even longer than AD. While I don't like what was being done I don't think they should receive the death penalty. I am a big proponent of second chance from experience with others in uniform and personal experience, I have found that 90% of those given second chance turn out very well and learn from their mistakes. I NEVER trust anyone that thinks or says they are perfect and has never made a mistake or stepped on it. As for my Col, he was just as twisted as I am :)
(2)
Reply
(0)

SN Greg Wright
2 y
SSG Warren Swan - 1SG Dennis Hicks I just can't justify killing 3 senior careers over this, in my mind. Reprimand, sure. Even Art 15 -- though I don't really think that, either. But forced out? I don't see it.
(1)
Reply
(0)

SSG Warren Swan
2 y
SN Greg Wright - When the Chief of the Nat Guard speaks and gets involved, chances are slim you'll be able to recover. AD gets a GLOMAR from the CG, you may was well get ready to go. You won't get any farther than where you are now unless you're about to hit retirement. I watched two CPTs at Riley get caught for DUI and a SFC at the same place. The two CPTs were infantry got their letters, were taken off our deployment, and when we got back both were dismissed. The SFC was on a fast track to CSM. He retired as a SFC due to that DUI and the CG's letter.

Sometimes you do asinine things that seem funny or not that bad,. I've done it, but my level of stupidity stopped once I found out the ramifications for what I am doing would have me with less rank, extra duty, or sent packing. In my case, I was hemmed up for a LOT less than this.
(1)
Reply
(0)

MAJ Ken Landgren
Posted 2 y ago
I have no sympathy for them. Given their seniority, they should have known better. The NCO working in the PAO needs to know that she is responsible for weeding out and preventing media that harms the image of the military. No excuses.
(2)
Comment
(0)

SSG Warren Swan
2 y
Well I seriously doubt that anyone else will think of something anywhere near as crazy as this has been. I also do not believe that thanks to this, the other services will allow props or "gimmicky" ways to reup to continue. I predict the more traditional means to reup will make a strong and sudden comeback.
(2)
Reply
(0)

SPC (Join to see)
>1 y
SSG Warren Swan - Warning!!! All cameras and toy dinosaurs must be surrendered before entering this room.
(0)
Reply
(0)
Show More Comments
Read This Next
RallyPoint Home