India Covid-19: From losing loved ones to volunteering for a vaccine

PO1 William "Chip" Nagel
1.21K
12
4
7
7
0
In September, a close friend of Anil Hebbar died of Covid-19 in India's western city of Mumbai after being ferried around three hospitals over five days.

Mr Hebbar, who runs a medical equipment firm, had visited his 62-year-old friend, a well-known social worker, in the intensive care unit, hours before his life ended.

The social worker was not the only friend Mr Hebbar lost during the pandemic. Since March, 10 people he knew well have succumbed to the virus in Mumbai, which quickly emerged as a hotspot. The city has reported more than 230,000 cases so far.

"It was all very overwhelming. I felt this had to stop. That's one reason I decided to volunteer for the Covid-19 vaccine trial," Mr Hebbar, 56, told me.

Earlier this month, he signed himself up for the clinical trials for a vaccine being developed by pharmaceuticals group AstraZeneca and Oxford University.

The vaccine is made from a virus which is a weakened version of a common cold virus that causes infections in chimpanzees. It has been genetically changed so that it is impossible to grow in humans, according to Dr Tania Thomas of the Oxford Vaccine Group. It is also one of the most promising Covid-19 vaccines among some 180 being tested around the world. None has yet completed clinical trials. CPT Gurinder (Gene) Rana 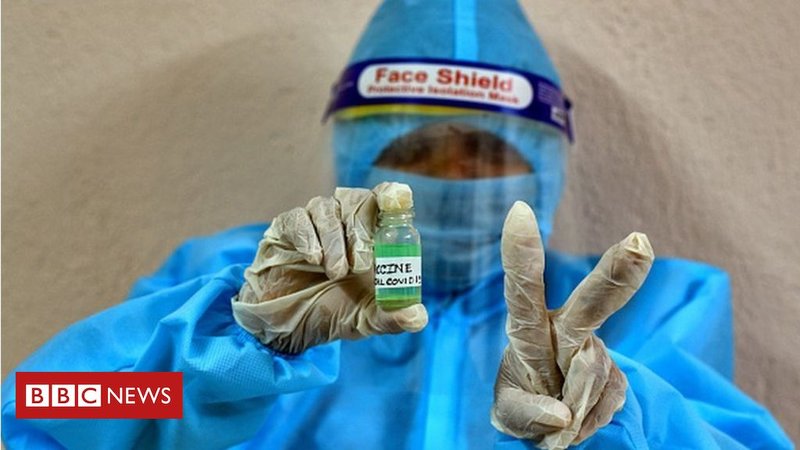 India Covid-19: From losing loved ones to volunteering for a vaccine

CPT Gurinder (Gene) Rana
Posted 8 mo ago
Although vaccines are for prevention and, not for cure of Covid-19, most await these vaccines hoping to inject this serum into their bodies and win against this deadly virus. This gives us a lot of insight into the human mindset in these trying times.

SGT David A. 'Cowboy' Groth
Posted 8 mo ago
Thank you for the share from the BBC shipmate PO1 William "Chip" Nagel
(2)
Comment
(0)

MAJ (Join to see)
Posted 8 mo ago
They have high metrics because many Indians refuse to wear masks.
(1)
Comment
(0)
Read This Next
RallyPoint Home