Intelligence analyst: We need true leaders 'who give a damn'

Capt Jeff S.
2.19K
154
47
20
20
0
Trump gave a damn and is the true winner of the 2020 election. He knows he won and did his level best to ensure free and fair elections, but Congress used COVID as cover to open the door for election fraud on a massive scale. The Supreme Court was unwilling to hear evidence of fraud and Congress voted to confirm an Electoral College vote tainted with manipulated vote counts. Trump voluntarily stepped down because he gave a damn about American citizens and didn't want to embroil this country in violence over the stolen election. The entire world knows Biden is not legit. He is clearly cognitively challenged and was installed by the Democrats with the aid of massive election fraud. State Audits are revealing that the number of votes that can't be validated far outweighs Biden's narrow margin of victory. Instead of leading and finding solutions, Biden finds excuses and blames Trump. How much longer are we going to put up with this national embarrassment? How long is America going to put up with this charade that Biden won?

#TrumpWon #BidenCheated2020
Posted in these groups:

SFC (Join to see)
Edited 6 mo ago
Posted 6 mo ago
What in the tin foil hat did I just read?

"Trump gave a damn and is the true winner of the 2020 election." In what reality? Definitely not the current reality we are in. Maybe there's a branch in the timeline where that happened. It's not this one.

"...did his level best to ensure free and fair elections..." LOL.

"Congress used covid as a cover to open the door for election fraud..." Yet they didn't use that to ensure getting a super majority in the House or Senate...so seems like a pretty crappy plan.

"The Supreme Court was unwilling to hear evidence of fraud..." Weird since they did hear cases AND Trump even has three of his picks on the Court. Hmm.

"Congress voted to confirm an Electoral College vote tainted with manipulated vote counts..." Seriously? C'mon is this satire or a joke?

"Trump voluntarily stepped down..." No... he lost the election. It's that simple. He didn't "step down" he lost.

"The entire world knows Biden is not legit." No the rest of the US and the world knows you MAGAts are looney tunes.

"State audits are revealing.." nothing that you said in that statement.

"How long are we going to put up with national embarrassment?" Well we don't have to because Trump is gone.

Also to Charlie Brown - wrong. So, so wrong. If anyone suffers from dementia it's your Supreme Leader DJT.

Also Charlie Brown this little post you made: "Contrary to what SPC Ford said, Trump did not ferment an insurrection. Many people including Mr Trump felt that he won. He certainly could have truly started an insurrection and believe me it would not have looked like a group of people going through the security scanner and entering the building without weapons.
Mr Biden is sufffering from dementia. He wasn't the brightest bulb in the package before and now he is flickering on and off...unfortunately those coming behind him (Ms Harris and Ms Pelosi) are no better."

--- Really? You are defending an insurrection? Hmm I guess you forgot your oath huh? I suppose you just figured that stopped after you retired.
(12)
Comment
(0)

A1C Mike Allen
6 mo
Can someone please cite the criminals who have been convicted or charged with insurrection??
(3)
Reply
(0)

Insurrection: "a violent uprising against an authority or government." Sounds like what happened on Jan 6, 2021.
(2)
Reply
(0) 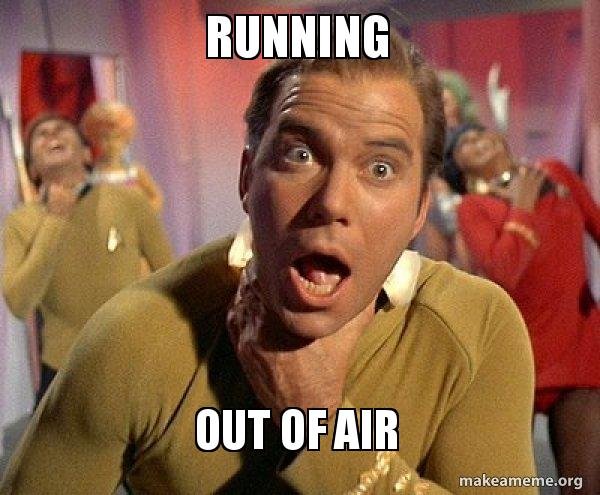 SPC Kevin Ford
Posted 6 mo ago
Trump lost, he didn't step aside willingly and he fomented an insurrection in an attempt to overturn a free and fair election.
(11)
Comment
(0)
show previous comments

MSgt Steve Sweeney
6 mo
Capt Jeff S. - I like how your bullshit propaganda comes with a pitch for gold with the link. Don't forget to send your money to Trump... He is going to need it.
(3)
Reply
(0)

A1C Mike Allen
5 mo
MSgt Steve Sweeney -
Yes, sWeenie, you should put all your retirement funds into US Savings Bonds.
The future of those bonds looks very secure and plus they pay a handsome interest rate!
Stop your gum flapping and put your money where your mouth is!!!
(1)
Reply
(0)

PO1 H Gene Lawrence
5 mo
SPC Kevin Ford - so all the BS about Russia collusion based on a false dossier is fair? Wow! If my memory serves me, the Democrats were calling for Trumps impeachment before he was even installed into office. I wonder if you remember that fair and honest actions by the left?
(1)
Reply
(0)

SPC Kevin Ford
5 mo
PO1 H Gene Lawrence - Democrats were calling for impeachment because he broke some many norms no one knew what was impeachable. In particular his comment, "Russia, if you are listening..." during his campaign was a WTF moment for many of us and it did happen, there was no question about it.

Of course after four years of Trump's presidency the comment seems tame (or at least par for the course), but at the time it was a huge departure from the norms and we were not accustomed to that type of departure.
(0)
Reply
(0)

Cpl Mark A. Morris
Posted 6 mo ago
Wow. Do you guys remember when we had a southern border under control, the ME was making trade deals with Israel, the warriors for Su'en feared us, gas prices were low, China cried for their mommie, we had energy independence and Moloch worship was limited. That was sooo long ago. Like 8 months.
(8)
Comment
(0)
show previous comments

Steven Rolseth
5 mo
Civilian puke? I have deployed to Afghanistan with the Army. I spent 8 years in the Army. Did you ever actually deploy?Cpl Mark A. Morris
(0)
Reply
(0)

Steven Rolseth
5 mo
Nice. Where were you deployed to? How would you say the atmosphere was? It is absolutely incorrect and I have tried to change it. My military service has been input and verified. Cpl Mark A. Morris
(0)
Reply
(0)
Show More Comments
Read This Next
RallyPoint Home