From the White House to Hollywood, the accomplishments of the Tuskegee Airmen and their “Red Tails” have been widely celebrated over the past 70 years.

Though the Red Tails no longer take to the skies, the Airmen who served in the once-segregated 332nd Fighter Group can now be recognized on land by their distinguishable red jackets – an item reserved only for the members of Tuskegee Airmen Inc. and those they appoint as honorary members of their elite group.

“Secretary James, just like the Tuskegee Airmen, you have been a trailblazer,” said retired Brig. Gen. Leon Johnson, the president of Tuskegee Airmen Inc. “You, like them, have shown that hard work and staying on task results in success.”

“It’s the honor of a lifetime,” James said. “My heart is palpitating and it’s difficult to find words … I’m just so humbled by this honor and I’m so humbled to be with these gentlemen; they inspire us all.”

To become an honorary Tuskegee Airman, one must help preserve the Red Tails’ heritage and help continue their legacy by introducing youth to aviation and science, technology, engineering and math. According to Johnson, James has done just that.

Under James’ leadership, the spirit of the Tuskegee Airmen units from World War II is alive and well in the hands of active-duty, Air Force Reserve and Air National Guard units, Johnson said.

“Until recently, the 332nd Expeditionary Wing was in Iraq overseeing a constant rotation of personnel who considered themselves the forward deployed bearers of the Tuskegee Airmen legacy,” Johnson said.

In addition to being fantastic role models for the today’s Airmen, the Tuskegee Airmen made huge contributions during World War II, James said.

“They grew up in an America that was different from America of today – where it was legal for businesses to refuse them because of the color of their skin, and a law called ‘separate but equal’ was the law of the land,” James said. “Nonetheless, they came from every corner of the country, and all they asked at that period was the privilege of serving our country.

“It’s crucial we continue to tell these stories; we continue that legacy forward in the Air Force today,” she continued. “We are committed to seeing that the values reflected by these Airmen do carry forward and that we do tell the young Airmen of today about our Tuskegee Airmen.”

Johnson said the Red Tails are dedicated to preserving the heritage and legacy of the Tuskegee Airmen and are working with Air Force leadership on new diversity and inclusion initiatives, including the 13 new initiatives announced in September by James, Air Force Chief of Staff Gen. David L. Goldfein and Chief Master Sgt. of the Air Force James A. Cody.

“I can tell you my organization stands ready now, just as our Airmen did during World War II, to help and support moving the Air Force to the next level and meeting the diversity and inclusion challenges of the 21st century,” Johnson said. “For all that you have done to support our Airmen, the men and women of Tuskegee Airmen Inc. are proud to recognize you with honorary membership in our organization … congratulations and welcome.” 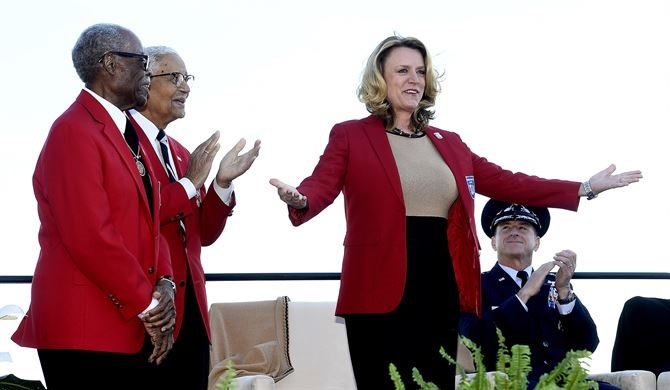 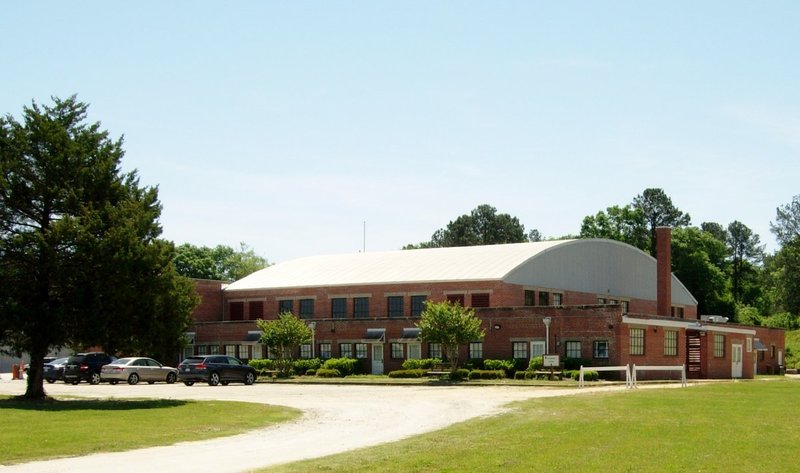 TSgt Joe C., I'm glad they named Secretary James an honorary Tuskegee Airman. However, I wish they had performed the ceremony at Moton Field, Tuskegee,AL, home of the Tuskegee Airmen!
Notably, Secretary James is a lifetime politician, and although seemingly well qualified for the position, she has never served in the USAF, nor is she an aviator. Ironic!
This from the article above. "Accomplishments of the Tuskegee Airmen and their 'Red Tails' have been widely celebrated over the past 70 years." However, Moton Field was only established on November 6, 1998 as a National Historic Site and was placed on the National Register of Historic Places the same day. The site has a temporary visitor center. Hangar One was restored and the grand opening of the site was October 10, 2008. Not quite 70 years of celebration at Moton Field!
When I skydived there in the mid to late seventies, but for the runway, the entire place was in ruins. Capt Marty Hogan Capt Seid Waddell LTC Stephen F.
(4)
Comment
(0)

Capt Marty Hogan
4 y
LTC Stephen C. I will concur- when making history you should honor it as well. I do find it odd when we honor politicians- have to keep the money source in place I suppose. Still a good story and it keeps the Red Tails in the public eye.
(1)
Reply
(0)

TSgt Steve Waide
Posted 4 y ago
Wow this is definitely something you don't see very often. Thanks for the article TSgt Joe C..
(1)
Comment
(0)