Maj Marty Hogan
3.61K
60
9
24
24
0
John Paul Jones (born John Paul; July 6, 1747 – July 18, 1792) was the United States' first well-known naval commander in the American Revolutionary War. He made many friends[1] and enemies—who accused him of piracy—among America's political elites, and his actions in British waters during the Revolution earned him an international reputation which persists to this day. As such, he is sometimes referred to as the "Father of the American Navy" (a sobriquet he shares with John Barry and John Adams[2]).

Jones grew up in Scotland, became a sailor, and served as commander of several British merchant ships. After having killed one of his crew members with a sword, he fled to the Colony of Virginia and around 1775 joined the newly founded Continental Navy in their fight against Britain in the American Revolutionary War. He commanded U.S. Navy ships stationed in France and led several assaults on England and Ireland. Left without a command in 1787, he joined the Imperial Russian Navy and obtained the rank of rear admiral. 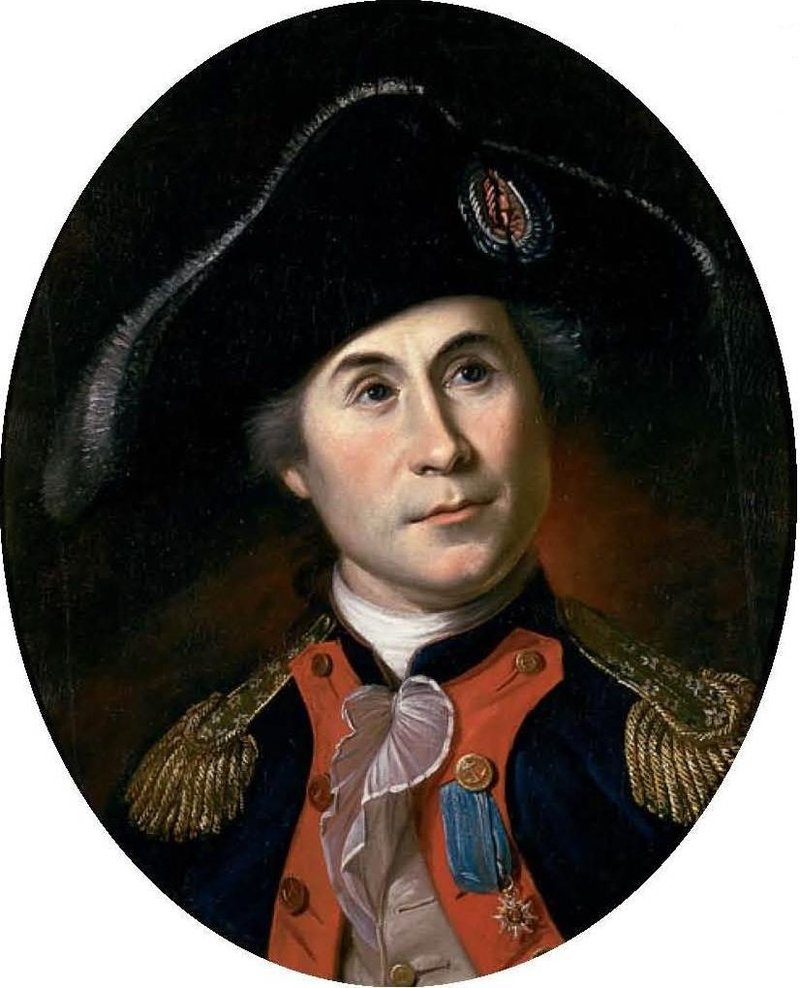 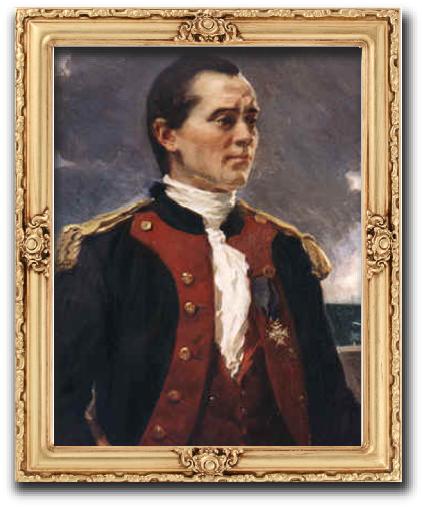 Thank you my friend Maj Marty Hogan for making us aware that July 6 is the anniversary of the birth of United States' naval commander John Paul Jones who fought the British Navy in the Atlantic Ocean off the coast of North America and into Atlantic Ocean supply routes.

Background from navy.mil/navydata/traditions/html/jpjones.html
"John Paul Jones
A founder of the U.S. Navy
John Paul was born at Arbigland, Kirkbean, Kirkcudbright, Scotland on 6 July 1747. Apprenticed to a merchant at age 13, he went to sea in the brig Friendship to learn the art of seamanship. At 21, he received his first command, the brig John.
After several successful years as a merchant skipper in the West Indies trade, John Paul emigrated to the British colonies in North America and there added "Jones" to his name. At the outbreak of the American Revolution, Jones was in Virginia. He cast his lot with the rebels, and on 7 December 1775, he was commissioned first lieutenant in the Continental Navy, serving aboard Esek Hopkins' flagship Alfred.
As First Lieutenant in Alfred, he was the first to hoist the Grand Union flag on a Continental warship. On 1 November 1777, he commanded the Ranger, sailing for France. Sailing into Quiberon Bay, France, 14 February 1778, Jones and Admiral La Motte Piquet changed gun salutes -- the first time that the Stars and Stripes, the flag of the new nation, was officially recognized by a foreign government.
Early in 1779, the French King gave Jones an ancient East Indiaman Duc de Duras, which Jones refitted, repaired, and renamed Bon Homme Richard as a compliment to his patron Benjamin Franklin. Commanding four other ships and two French privateers, he sailed 14 August 1779 to raid English shipping.
On 23 September 1779, his ship engaged the HMS Serapis in the North Sea off Famborough Head, England. Richard was blasted in the initial broadside the two ships exchanged, losing much of her firepower and many of her gunners. Captain Richard Pearson, commanding Serapis, called out to Jones, asking if he surrendered. Jones' reply: "I have not yet begun to fight!"
It was a bloody battle with the two ship literally locked in combat. Sharpshooting Marines and seamen in Richard's tops raked Serapis with gunfire, clearing the weather decks. Jones and his crew tenaciously fought on , even though their ship was sinking beneath them. Finally, Capt. Pearson tore down his colors and Serapis surrendered.
Bon Homme Richard sunk the next day and Jones was forced to transfer to Serapis.
After the American Revolution, Jones served as a Rear Admiral in the service of Empress Catherine of Russia, but returned to Paris in 1790. He died in Paris at the age of 45 on 18 July 1792. He was buried in St. Louis Cemetery, which belonged to the French royal family. Four years later, France's revolutionary government sold the property and the cemetery was forgotten.
In 1845, Col. John H. Sherburne began a campaign to return Jones' remains to the United States. He wrote Secretary of the Navy George Bancroft and requested the body be brought home aboard a ship of the Mediterrean Squadron. Six years later, preliminary arrangements were made, but the plans fell through when several of Jones' Scottish relatives objected. Had they not, another problem would have arisen. Jones was in an unmarked grave and no one knew exactly where that was.
American Ambassador Horace Porter began a systematic search for it in 1899. The burial place and Jones' body was discovered in April 1905. President Theodore Roosevelt sent four cruisers to bring it back to the U.S., and these ships were escorted up the Chesapeake Bay by seven battleships.
On 26 January 1913, the remains of John Paul Jones were laid to rest in the crypt of the U.S. Naval Academy Chapel in Annapolis, Md. Today, a Marine honor guard stands duty whenever the crypt is open to the public. Public visiting hours are from 9 a.m. to 4 p.m., Mondays through Saturdays, and from 1 p.m. to 4 p.m. on Sundays."