PO1 William "Chip" Nagel
561
18
2
8
8
0
According to the D.C. Bar website, Giuliani’s membership has been administratively suspended for non-payment of dues.

“Pro tip: When your bar membership has been suspended for non-payment of dues, you are *not*, in fact, a ‘member in good standing’ of said bar,” University of Texas law professor Steve Vladeck pointed out on Twitter. “I assume he’s still admitted to practice in New York, so this isn’t about whether he can appear *at all.* But his pro hac application represented that he’s a member in good standing of the D.C. Bar, as well. And, well, that’s … not true.” 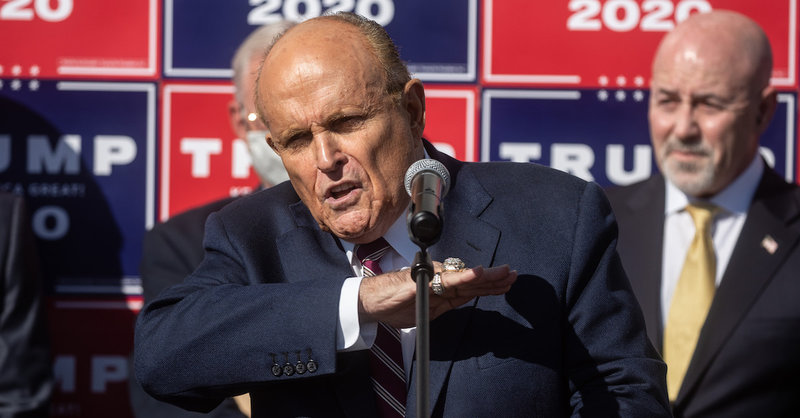 Posted from lawandcrime.com
Posted in these groups:

GySgt Gary Cordeiro
Posted 2 y ago
Will he be pardoned?
(5)
Comment
(0)