These Are the Official Space Force Ranks

Instead of "airman," junior enlisted members between E-1 and E-4 will be called specialists, according to the document. The Army is the other service with a specialist rank, for troops in the E-4 paygrade.

While the Air Force has staff and technical sergeants, the Space Force E-5 rank will be known as sergeant, followed by technical sergeant for E-6. Officer ranks -- second lieutenant to general -- will remain the same as its sister service.

The most senior member is the Chief Master Sergeant of the Space Force, an E-9 rank, the memo adds. Chief Master Sgt. Roger Towberman, the senior enlisted adviser to the service, will officially assume that title effective next week, the spokesman said.

There will be no changes to benefits entitlements, according to the memo.

Some speculated that the Space Force, which is part of the Department of the Air Force, would adopt its parent service's rank structure; others argued for using the Navy's rank system -- which is what some lawmakers intended.

In July, Rep. Dan Crenshaw, R-Texas, proposed an amendment in the fiscal 2021 National Defense Authorization Act requiring "the same system and rank structure as is used in the Navy" for the Space Force, according to a House summary of the text.

Space Force officials said they were ready to move forward, but because of the measure, the service halted announcing its decision at that time.

A Navy rank system would make sense for the Space Force, experts have said. Other space enthusiasts have noted on social media that "Space Admiral just sounds better."

"A good reason to use Navy ranks in the Space Force is to better distinguish [Space Force] personnel from Air Force personnel, kind of like [the Marine Corps] using different ranks than the Navy," Todd Harrison, director of the Aerospace Security Project at the Center for Strategic & International Studies, said in July following Crenshaw's proposal.

In an op-ed titled, "What the heck is wrong with you, Space Force?" published in Military Times in August 2020, Shatner said there is historical precedence -- in the entertainment industry, anyway -- for space commanding officers to take naval ranks.

"When you unveiled the Space Force logo, many immediately saw it as an homage to 'Star Trek' (even though our Delta was an homage to the previous military space insignias). Why not borrow back from 'Star Trek' and adopt our ranks as well?" he wrote. "We took them from the Navy for good reason."

The service has so far debuted its organizational structure; official logo, seal, flag and motto; a dark navy-colored name tape; and a lapel pin.

It has also issued guidance on how to wear the camouflage uniform. (Like the Army and Air Force, Space Force members wear the Operational Camouflage Pattern as the official service duty uniform.) And it has released three commercials to attract new recruits. 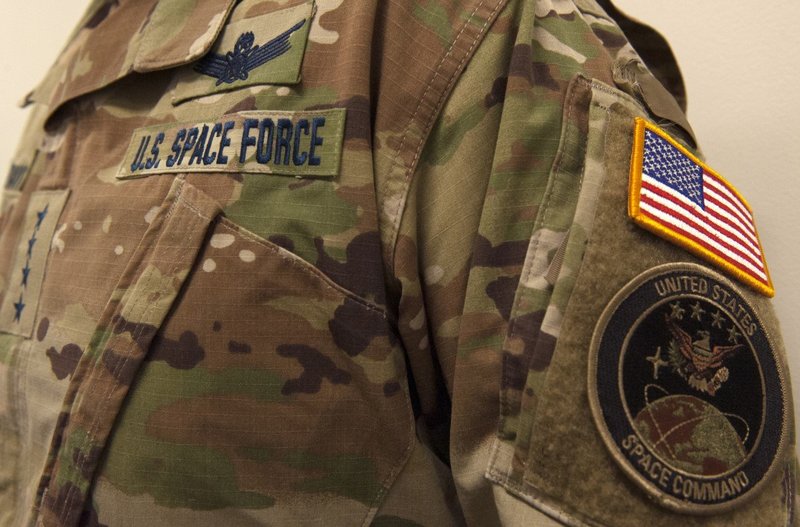 These Are the Official Space Force Ranks

Posted from moaa.org
Posted in these groups: