What's Next For Voting Rights After The Supreme Court's Decision

The court upheld two Arizona laws — one of which banned the collection of absentee ballots by anyone other than a relative or caregiver, otherwise known as "ballot harvesting." the other threw out any ballots cast in the wrong precinct.

The decision, though, was a blow to those who believe voting access is more important than rooting out fraud — and that's most Americans, the latest NPR/PBS NewsHour/Marist poll found. Fifty-six percent said making sure that everyone who wants to vote can do so is a bigger concern than making sure that no one who is ineligible votes.

"It very much narrows the path of challenging these many, many voter obstacles that states are instituting across the country," Debo Adegbile, an anti-discrimination attorney, told NPR's Nina Totenberg. 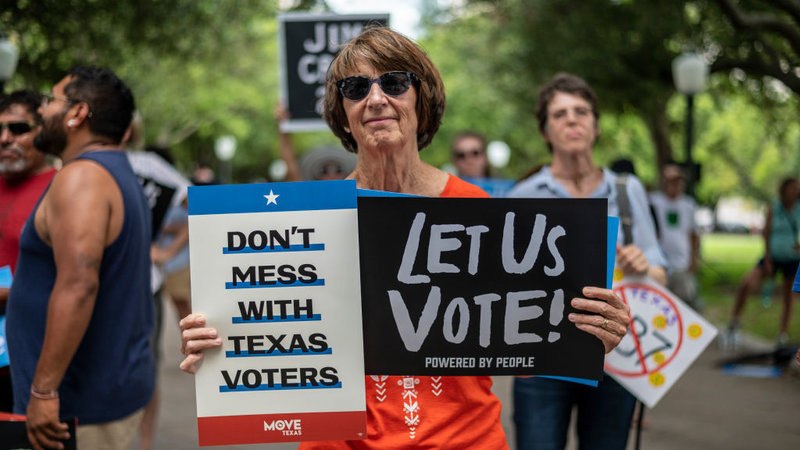 What's Next For Voting Rights After The Supreme Court's Decision

Posted from npr.org
Posted in these groups: State of Arizona

1SG (Join to see)
Posted 12 mo ago
We just need to get more organizations together to help folks vote. The GOP can't win with high voter turnout and they know it.
(4)
Comment
(0)

1SG (Join to see)
12 mo
SMSgt Mark Venzeio - Nope. Get folks id cards, travel, etc. Give them everything the GOP wants them to have and let them vote. After that, let the chips fall where they may.
(0)
Reply
(0)