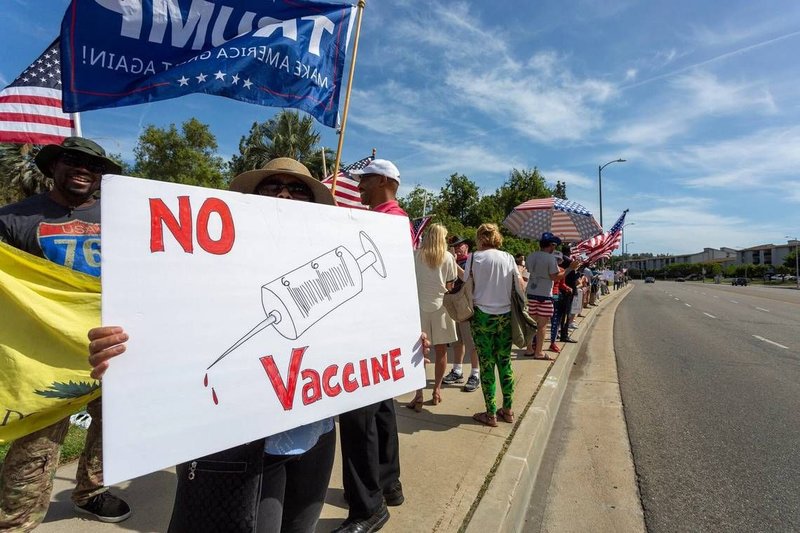 1SG Steven Imerman
Posted >1 y ago
One quote- "My body, my choice." Respect the decision.

I'm taking it as soon as I am able, but I do not belittle or stigmatize anyone who does not come to the same decision as me.
(10)
Comment
(0)

Lt Col Scott Shuttleworth
Posted >1 y ago
No one owes me anything but respect for my personal decision. It is my right to not take it. I am not taking it at least for two years. As the people who believe in abortions state, my body my choice...period...and last I checked we still live n a free state where I can make that choice...when I was in the active service I was forced to give up my DNA, take Yellow Fever, Anthrax, Smallpox, and God knows what else...now I don't have to and that is what is great about America. Are we going to control/deny Obese folks, those that smoked and have cancer, those that "volunteered" for duty and have broken bodies because of it, drug addicts, and on and on and on. I mask, sanitize, social distance and stay away from large indoor gatherings...I see people who mask and wear it below there nose or on their head or chin...I see large gatherings indoor and out (like the upcoming inauguration parties etc who don't take any precautions...are we gonna hold them accountable as well. If everyone would do what they were supposed to do we would be on the down slope. A vaccine that isn't fully tested and proven as of yet is dangerous in my book. We don't know if it is going to last 2 weeks, 2 months, or 2 years...you can still catch the virus and they say it will be mild but you will still have to quarantine...you can still transmit to others, still have to wear a mask and limit gatherings so what good is it other than to say you took it and make yourself feel better about it. What are the long term side effects? We don't know...is it going to cause liver damage, kidney failure, lung problems, paralysis, nerve issues etc...we just don't know. In a couple of year when the studies and trials are complete and we have more data then yes I will consider it but until then don't punish me for my personal choice...and as of right now legally it is just that my choice!

Lt Col Scott Shuttleworth
>1 y
Lt Col John (Jack) Christensen - My point exactly...they don't know what they don't know!!! Too many conflicting reports and research. And that is enough for me to not take it just yet.
(3)
Reply
(0)

SPC Deon Holmes
8 mo
That is EXSCATLY how I feel about it. I remember being sick a s a stray dog in the desert after being ejected with everything they decided to give us. That is just one of the reasons I'm waiting. It's not even been 8 months and people are cheerleading something as "working" when they don't have a dam clue about the long term effects of these cocktails. These are NOT vaccines! Vaccines have a weakened virus in them so that the body will recognize the real thing and know what to do. There is NO weakened covid19 in the cocktails! End of debate! It's called MRNA TECHNOLOGY! People don't get that part. It's some Technology that you will never know the side effects of for years to come. Yet the propaganda machine is pushing and pushing fear of death into the minds of those without eyes to see. And how is it that the homeless in many cities don't seem to be all dead by now??? Hmm...
(1)
Reply
(0)