World reaction to long queues of voters in US

PO1 William "Chip" Nagel
426
6
2
3
3
0
https://www.bbc.com/news/election-us-2 [login to see] 9
Long queues to vote in the US have been celebrated by some of those who endured them as a welcome sign of enthusiasm. But outside America, there was a different take.

You may think waiting 11 hours to vote would be the height of frustration, but not for one family in Georgia.

"We made it y'all," says Johnta Austin in one viral video filmed as they reached the front of the queue, describing the lengthy process as an "honour".

With early voting under way across much of the US, social media images show long queues of people, sometimes waiting for hours, patiently inching their way in line towards the polling booth. 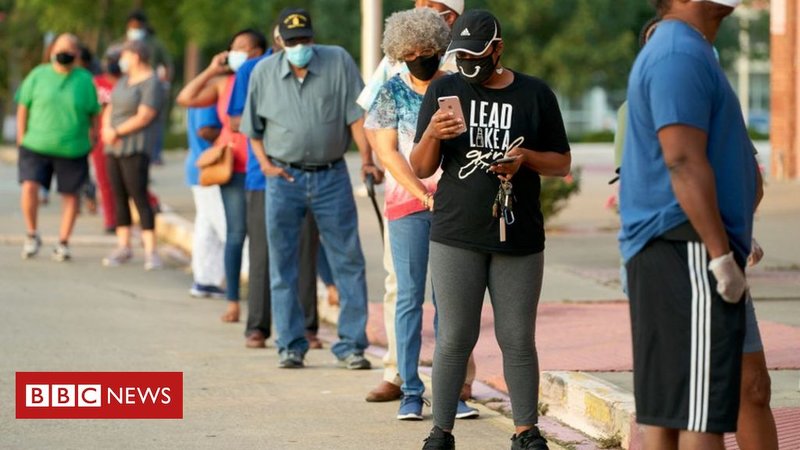 World reaction to long queues of voters in US

Posted from bbc.com
Posted in these groups: State of Georgia

1SG (Join to see)
Posted >1 y ago
I've been voting for 28 years, and I've never stood in a line more than ten deep on Election Day, much less in October.
What is the reason given for the long lines? I can only surmise that it is coronavirus/ poor planning-related.
(1)
Comment
(0)
Read This Next
RallyPoint Home