"Air Force veteran shoots and kills his pregnant girlfriend and himself" 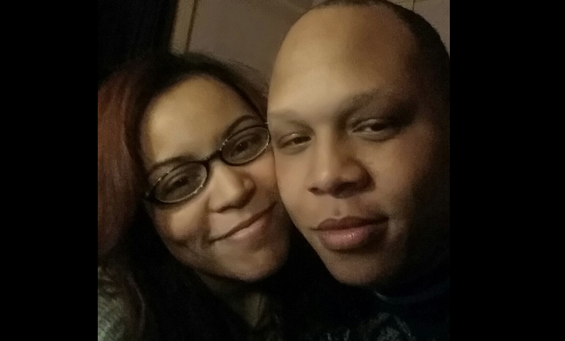 CLEVELAND -- Two people were killed Tuesday night in a murder-suicide, according to police.

Police now confirm that the woman victim was pregnant. A man was also killed. The shooting happened in the 1300 block of East 114th Street.

The Cuyahoga County Medical Examiner says Christian Marie Njorodge, 34, of East Cleveland, was rushed to MetroHealth Medical Center, where she later died. Her baby -- a girl -- was delivered and is alive.

Christopher Scruggs, 32, of Cleveland, was also taken to MetroHealth, where he also died. Police determined he had a self-inflicted gunshot wound to his head.

The preliminary investigation indicates the shooting was a murder-suicide and the two had been involved in a relationship.

The mother who watched her son shoot his pregnant girlfriend to death is speaking out about the tragedy. Doctors were able to safely deliver the baby girl, even though her mother was only six months along, according to the shooter's mother.

Mary Scruggs shared a home with her son and her son's girlfriend. On Tuesday, she says she found the child's mother begging for life on her front porch.

Her son was pointing a gun at his unborn baby's mother.

Both of the victims were taken to MetroHealth Medical Center, where they both later died.

Police determined Chris had a self-inflicted gunshot wound to his head and are calling the incident a murder-suicide.

The shooting happened in the 1300 block of East 114th Street, where Christopher, Christian and Mary lived together.

Police say they recovered a gun from the scene.

Despite the loss of her son and her son's girlfriend, she says being able to know her granddaughter survived is a blessing.

"This is a part of both of them, and when I look at the little baby... I can see my son, and I can see Chrissy," said Mary.

The child was transferred to the Neonatal Intensive Care Unit. A spokeswoman for the hospital says the condition of the child can only be released if the family approves. However, Wednesday night the child's condition wasn't know. Family tells WKYC Channel 3 the baby is doing fine.

Mary said her son had served tours in Iraq and Afghanistan as a member of the Air Force. She also said he was severely depressed, but she says her son loved his girlfriend.

"When you see all the stuff that he had seen... a lot of that... it's tough to put it out the back of your mind," said Mary.

The Cuyahoga County Medical Examiner's Office will determine the final cause of death.

http://www.wkyc.com/story/news/local/cleveland/2015/07/29/mom-who-watched-son-shoot-pregnant-girlfriend-speaks/30864553/
Posted in these groups:

Maj Chris Nelson
Posted 7 y ago
This is a very sad situation. I feel badly for the entire family/families left behind, especially the child. There HAS to be more to the story..... Deployments? PTSD? Maybe just a lousy life growing up? Financial issues? The reasons are potentially unlimited....except 1..... He chose to not only take HIS life, but hers also. I feel that this is the worst....I don't agree taking your own life, BUT it is even worse when you take other out with you.
(4)
Comment
(0)

Capt Seid Waddell
Posted 7 y ago
There has got to be a back story here.
(2)
Comment
(0)

SrA (Join to see)
Posted 7 y ago
I hate these kinds of stories.

We, the public at large, are invited to view the lives of relative strangers at their most brutal and tragic, all to generate "concern" but, more importantly, sell a news service. There is rarely a follow-up story (although I half expect something from AF Times in a few months since it is AF community related) so it just stands as exploitation of a tragedy.

I hope the baby girl survives, as a 6 month old premature birth she has the deck stacked against her right now. I also want to know who is going to get custody, the father's parents or the mother's. But more than that I want to have enough distance from the event, insight, and analysis to learn something because right now it's all confused with pain and feelings.

I hope the girl makes it and I hope the two families are able to care for her and not hold a grudge over the decision of one selfish Amn. Snuffy.

That's all I have for now. Have a good Friday and don't stay depressed over the dark news. At least the baby girl is alive and has a fighting chance!
(1)
Comment
(0)

MSgt Robert Pellam
7 y
SrA (Join to see) Very insightful. The Media likes to makes us feel bad and down because that makes people read and gets them money. You are right, we need to keep hope for the baby girl as a whole, and not dwell on the depressing story. Thanks for sharing your thoughts, and keep your own spirits up. Your insight is an excellent window into the Airmen you are. I am impressed.
(1)
Reply
(0)
Show More Comments
Read This Next
RallyPoint Home