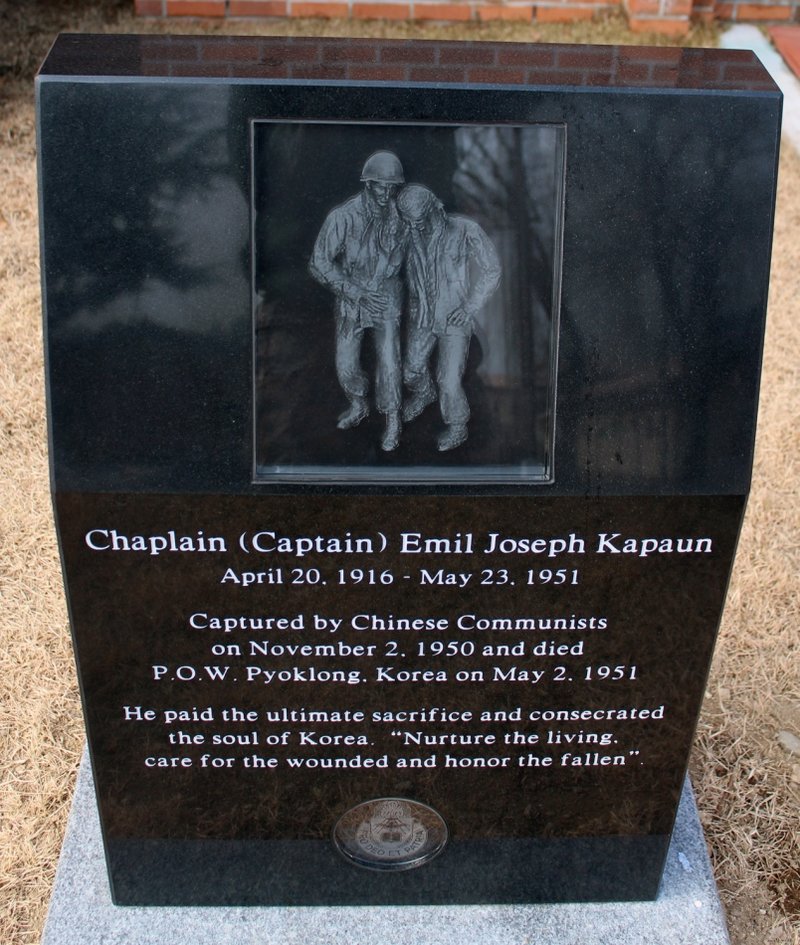 I had the honor and privilidge to talk with the Catholic Priest responsible for putting together Father Kapaun's pack for consideration for the MoH (as well as for Saithood in the Catholic Church) so felt very close to CH Kapaun and his service even though I had never heard of him until last year.
Also, as he is from my wife's hometown area, I have learned more about his time growing up there prior to entering the Army.
I just wanted to share this story for all across Rally Point.

http://www.stripes.com/news/monument-unveiled-in-korea-for-medal-of-honor-recipient-emil-kapaun-1.321597
Posted in these groups:

CW5 (Join to see)
Posted >1 y ago
Thanks for sharing this story, sir. Like SFC William Laws, I served in Vogelweh and spent quite a bit of time on Kapaun Air Station (I think it was called Air Station in the early 80s when I was there) ... but I had no idea why it was called Kapaun Air Station. Now I do! Over 30 years later, I'm still learning things like this ... thanks to you, LTC (Join to see), and RallyPoint!
(3)
Comment
(0)

SFC William Farrell
7 y
Not too many priests have received the Medal of Honor. They are few and far between. When the Navy Chaplain School was still at naval Station Newport, I had the privilege of seeing Lt Vincent Capodanno's medal and some of his religious artifacts in their very small museum. It was a shame to see the Chaplain School move to a joint base in South Carolina I believe.
(0)
Reply
(0)

LCDR Rabbah Rona Matlow
Posted 7 y ago
I was the Weapons Officer on USS CAPODANNO (FF 1093), referred to as the "Flagship of the Chaplain's Corps". Father Vincent Capodanno was awarded the CMOH posthumously for saving injured Marines in combat in 'Nam... I also attended the dedication of "Piazza Capodanno" in Gaeta Italy (home port for Sixth Fleet flagship). The Capodanno family was from Gaeta...
(2)
Comment
(0)

LTC Stephen C.
Edited >1 y ago
Posted >1 y ago
Thanks for sharing this story, LTC (Join to see) CH (CPT) Heather Davis, I thought you might enjoy this.
(2)
Comment
(0)
Show More Comments
Read This Next
RallyPoint Home