How do I deal with those who question the value of my service just because I never deployed? 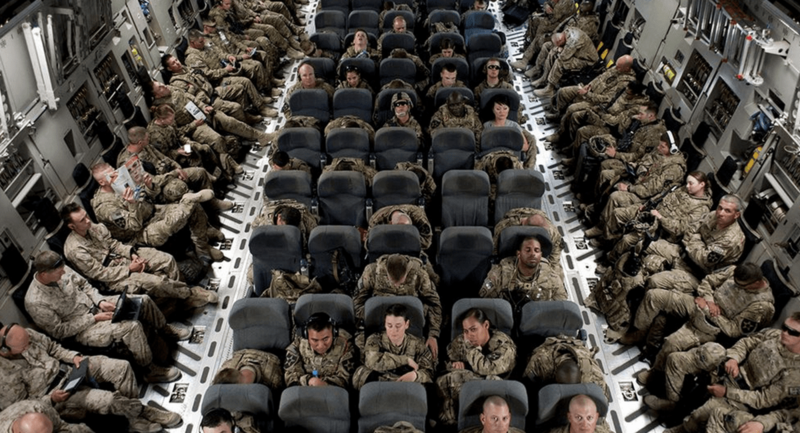 So I have dealt with my fair share of civilians asking me questions like if I went to Afghanistan or Iraq. I never deployed in my 3 years of service, but just over a week ago when someone asked me that and I said "No, I never deployed." He replied with, "How are you even a veteran then? You didn't even serve your country." I just stood there like a deer in headlights because I had no idea how to respond to that. The worst part was that I had this feeling that he was right, and it's been eating me up since.

The last thing I want to do is sound like some kind of princess who can't get up and brush himself off but my question is how do you deal with something like that, how do you respond and more importantly, how can I stop this feeling nagging at me?

Thanks in advance.
Posted in these groups:

COL Vincent Stoneking
Posted >1 y ago
So, this may not be terribly politically correct, but....
1. Look deeply into the eyes of this civilian who never volunteered to serve.
2. Ponder deeply all the sacrifices that you were willing to make, which he/she was not.
3. Hold your last f%ck in your cupped palm, remembering that he/she has the ability to be all judge-y because you took your turn standing on the line.
4. Open your hand and let that last f%ck fly away into the sky.
5. Carry on.
(1K)
Comment
(0)
show previous comments

ENS John Souders
3 mo
Felt the same when questioned by a bitter family member, once. Went on med hold less than six months into training - fought over a year for waiver (all the way to CNO). I told a classmate about my feelings of not having "served" because I was ultimately discharged via a medical board. His answer - "You signed a blank check to the Navy stating that they could cash it for any value up to and including your very life." He then reminded me of classmates who died in training exercises. Just because you did not get to "be all you can be" does not mean you weren't ready, willing, and able to. For the record, I refused any disability offer because I truly was perfectly healthy and still able to serve. There are plenty who truly deserve and need it. Always hoped I'd get a waiver to return. Hold your head high and move along.
(3)
Reply
(0)

PO1 William Van Syckle
1 mo
You followed orders. You went where the service told you to go. I’m sure, if you were told to go in harms way, you would have gone. Shipmate, you are a veteran and don’t let any civilian try to tell you differently. You handed the military a blank check and they filled it out the way they see fit. Carry on with pride…..
(1)
Reply
(0)

Sgt Dennis Doty
17 d
Remember that for every infantryman on the line there are 10 others in support roles to see that he has what is required to do the job. You were as much a part of the fight as anyone else. As Ensign Souders said above, you signed a blank check. How the service used it simply is above our paygrade.
(0)
Reply
(0)

Sgt Jay Jones
Edited >1 y ago
Posted >1 y ago
SPC Alexander Ackerman, don't drink the civilian Kool-Aid. Whatever idiot told you that you were not a veteran has never been in the military. ANYONE who is honorably serves in the U.S. Military is a veteran in my eyes. You have a DD-214, that says Honorably Discharged you are just as brave and committed as Marine Sgt Dakota Meyers. You have very little control over your duty station or whether or not you will see combat. I did a tour in the Republic of Vietnam from 1970-1971. I was not actively involved in combat and did not earn a Combat Action Ribbon. Basically, all I have are the "I was there ribbons". That does not make me any less of a Marine than my peers who received Purple Hearts and Silver Stars. It just mean circumstances did not present themselves. Just as in your case, circumstances did not present themselves. However, you do have something to hang your hat on. Unlike your "civilian" friend claims you are not a veteran, YOU went through basic training. YOU took an oath to protect and defend the United States against all enemies foreign and domestic. YOU RAISED YOU HAND AND SAID "SO HELP ME GOD" at the end of your swearing in. YOU ARE A VETERAN!!!
(515)
Comment
(0)
show previous comments

Sgt Russ Brayton
3 mo
I was told by an Army buddy once, that someone had to keep the home fires burning while he was away in Vietnam, and thanked me for that consideration. If someone ever asks you if you ever killed someone, look them square in the eye and ask them how bad do they want to know… I tell people I was a cook, so…
(1)
Reply
(0)

MSgt Kerry Lundy
1 mo
A1C Joe Edwards - Joe I maintained the vehicles that loaded those cargo birds. Believe me, those C 130 herky birds were vital to the men at Khe Sahn bringing munitions and rations. They were flying out of Tuy Hoa where I was stationed. Supplies were brought in to our base by air and ship. All of you in the states maintaining the cargo birds were critical to us in Viet Nam just as much so as the ships that were bringing in supplies. Some items were needed quicker than ships could get there and that's when your cargo birds became vital to us.
(0)
Reply
(0)

SPC (Join to see)
25 d
SSgt Dave Dierking - I probably flew in one your c130s..they took us from the field in Dau Tieng and shipped us to see Bob Hope..thank you for taking care of the aircraft we needed for troop transport and supply!
(0)
Reply
(0)

SrA Joseph Hebert
22 d
I'M A PROUD VETERANT U.S. Air Force 1964-1970 Strategic Air Command I voluntered 7 times to go to Vietnam and was refused each time they said they needed me where I was. My secondary job was bugler at funerals for Viietnam veterants we had a KC-135 at our disposal 24/7 we had a Chaplain, 7-man firing sqad myself and full bull Colonel and co-pilot Lt. Colonel went from Fairchiild A.F. Base to North Dakota to play at funerals. I've played taps for a 3 star General from the Marine Corp.
(0)
Reply
(0)

SFC (Join to see)
Posted >1 y ago
You're not a combat veteran. Oh well. You volunteered. If you purposely avoided deployment then yes, you should feel bad. If your unit just didn't go in that time then it's not on you. Look at the other branch's deployments; Kuwait, turkey, manas. You did more than the general public. Even the combat guys deal with this when civilians ask us if we've ever killed anyone. Not everyone kills. Sometimes you're the guy pulling rear security. Civilians don't get it, hence why I don't talk about the military to them.
(357)
Comment
(0)
show previous comments

SGT Stan Setliff
3 mo
Sarcasum-kinda... The civilan world thinks that service members, all branches, sit around and sleep in the barracks, no training, no Pt, no nothin', till there is a need/war/what ever. Then they take a pill and go to it. So if you were never "used", "you didn't do nothin." I guess I laid around too much. My knees, back and neck are not real cooperative these days.
(1)
Reply
(0)

1LT Charles Locklear
1 mo
did the same training and were ready to deploy which is only determined by time and circumstance.
(0)
Reply
(0)

CPO Paul Gagne
27 d
I have to agree with this opinion. Unless you intentionally dodged deployment you have nothing to feel bad about. If you did intentionally dodge deployment then, in that case, you should feel bad and never forgive yourself and spend the rest of your life helping those that did.
(1)
Reply
(0)
Show More Comments
Read This Next
RallyPoint Home