Should the Army go back to wearing the black beret? 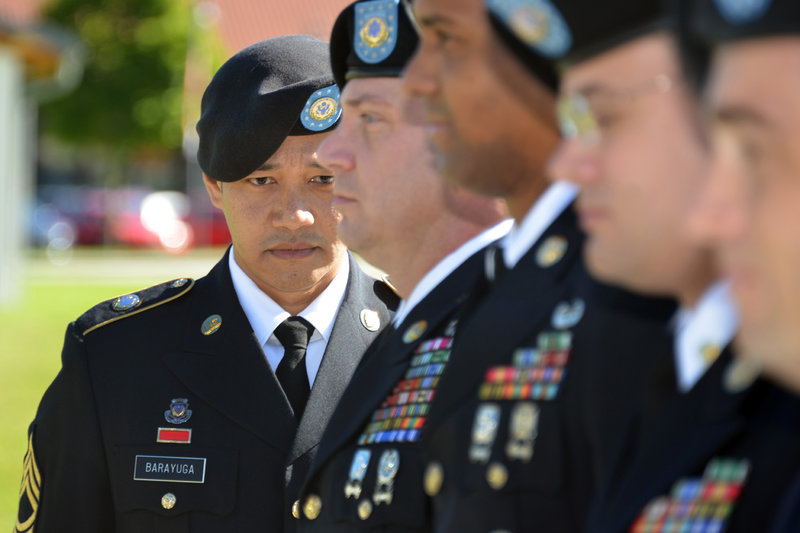 I personally think we all looked a little more professional wearing a beret although it didn't block the sun from blazing your eyes.
Posted in these groups:

Maj Chris Nelson
Posted 8 y ago
Being prior Army, when the Army un-assed the Rangers from the black beret, I was sick. If there MUST be berets, keep it with the "special" people... Airborne, rangers, and special forces. From my medical perspective, the hat that makes the MOST sense is the boonie hat. Sun protection to ears, face, and neck. Lots of people will cringe because they don't think the boonie hat is professional looking, but medically and utilitarian wise, makes the most sense.
(1.1K)
Comment
(0)
show previous comments

SFC (Join to see)
>1 y
The beret was nothing but another bad decision by the Army.
Just like the "Army of one" slogan and stress free basic training.
(4)
Reply
(0)

CPT Lawrence Cable
3 y
CPL David Hanson - The BDU Patrol Cap was a pretty functional hat and didn't look sloppy. I had the boonies, never really decided that I liked them better. In class B's, I think the Garrison Cap ( I won't use the slang for them) looked better that the Beret and it's as least as functional.
(3)
Reply
(0)

SGT Jim Wiseman
3 y
I personally like the beret and believe it makes you look more professional as well. It's the only piece of French military wear that I liked, when worn right. Maybe that's part of the problem though is that most can't get it right. I'll admit, it's a bit impractical, but I definitely approve of it as a part of the dress uniform over the "bus driver cap." When that started to be the buzz as the uniform standard with the blues, one SGT at his reup ceremony was wearing it. With his dependa wife in attendance, a buddy of mine made the comment to a few of us that he knew which bus that guy was driving. As for the Major's idea of the boonie, I liked it better than the PC! There is something I just don't like about the PC & it's shape. Then there's the whole thing where asshat PVT's want to Ranger roll the PC and then have to constantly be told to unf$%k that.
(1)
Reply
(0) 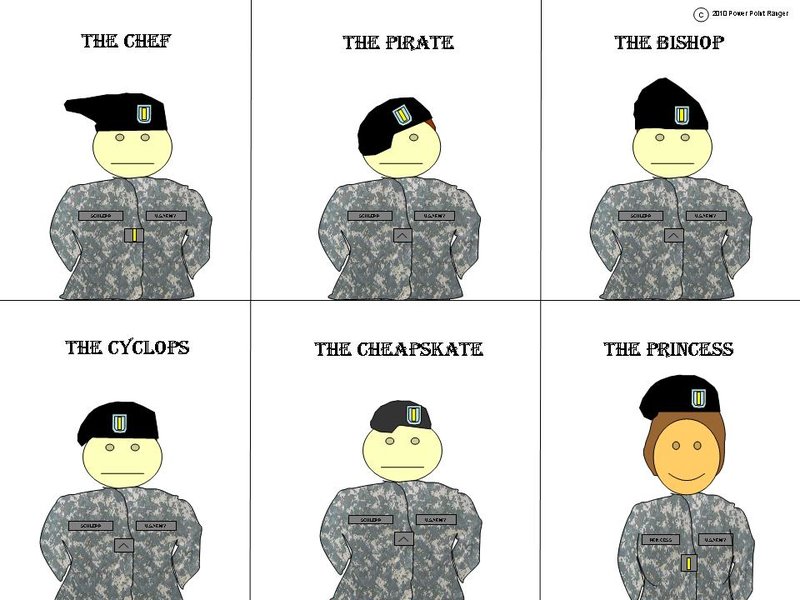 <p>Personally, I was never a big fan of the beret as the replacement to the patrol cap as the headgear for the duty uniform.&nbsp; I didn't feel it was practical&nbsp;in the motor pool, in sunny weather, in the rain, etc...&nbsp;&nbsp; With that being said, my opinion was not asked when the decision was made.&nbsp; I, along with everyone else in the Army at the time, complied...two bags full and moved out.&nbsp; </p><p><br></p><p><br></p><p><br></p><p>Here is a little humor from PowerPoint Ranger reference the different "styles" that we saw during the "Age of the Black Beret..."</p>
(348)
Comment
(0)
show previous comments

MAJ (Join to see)
4 mo
I think I spent entirely too much time making sure my beret looked ok.
(1)
Reply
(0)

MAJ (Join to see)
4 mo
I joked the only real utility to the black beret is to use it to clean the main gun of the M1 tank. lol 1SG Steven Stankovich
(1)
Reply
(0)

SSG Robert Burns
Posted 8 y ago
That's a quick way to get banned from this site.
(254)
Comment
(1)
show previous comments

SSG John Eroh
4 y
1LT Rich Voss - During Reforger I sat at the Rhine Ordnance Barracks railhead with the CO's jeep since it had the radio & a wrecker while vehicles were being loaded. Also escorted convoys between Kaiserslautern and Mannheim. I was in the 508th Collection, Classification & Salvage Co. (Army junk yard) in the commo section in 68/69.
(0)
Reply
(0)

SPC Ralph Saldivar
>1 y
SGT Charles Bartell - What qualifies as earning it? 19D from 87-90 and never saw even 1. Must’ve come back sometime after that I suppose but what does it take to earn it ?
(0)
Reply
(0)

SGT Charles Bartell
>1 y
If you are referring to the different colored berets.
Black berets were originally warn by tankers.
Then that went away a long time ago. Do not know when that happened.
Then the Black Beret went to being for Ranger's.
Then it was changed to the Tan beret in the year 2000 I think.

Then the Black beret was being issued in 2000-2001 to every one because there where so meany jackass's that felt left out because they did not have a Beret to wear.

To my knowledge the the maroon beret is original to Air Born units. (Paratroopers and Glider troops. And Air assault troops like to 101st)
As far as i know the Green Beret has always been for Special Forces.
19 D Is a Special Forces M.O.S.
To your question what did I mean by earning it.
You must have gone to the school, Passed the school, having earning the qualification.
Now if you are asking about the Stetson. There two Ways to earn it.
1. You must complete a test course like for the Expert Infantryman's Badge or like the Expert Combat Medic's Badge.
2. You go to and engage in combat while being part of a Cavalry Unit. Air Cavalry or Armored Cavalry.
Then your spurs go from Silver to Gold.
(0)
Reply
(0)

SSG Bill McCoy
4 mo
SGT Christian GonzalezGarraton - In my day, MP's on line duty wore khakis or dress greens with the MP white hat (see photo). It was great in situations where people needed to easily spot an MP, or during crowd control duties (not riot duty). It was also safer during traffic stops; but it could also be argued that it made for a better target.
I agree ... berets should be for specialty MOS's and though I was never a Ranger, it seemed to even me that taking their black berets for army-wide use was a BIG slap in the face. That said, their brown beret sets them apart enough that it's probably better.
(0)
Reply
(0)
Show More Comments
Read This Next
RallyPoint Home