Why hasn’t a woman been elected President of the United States? 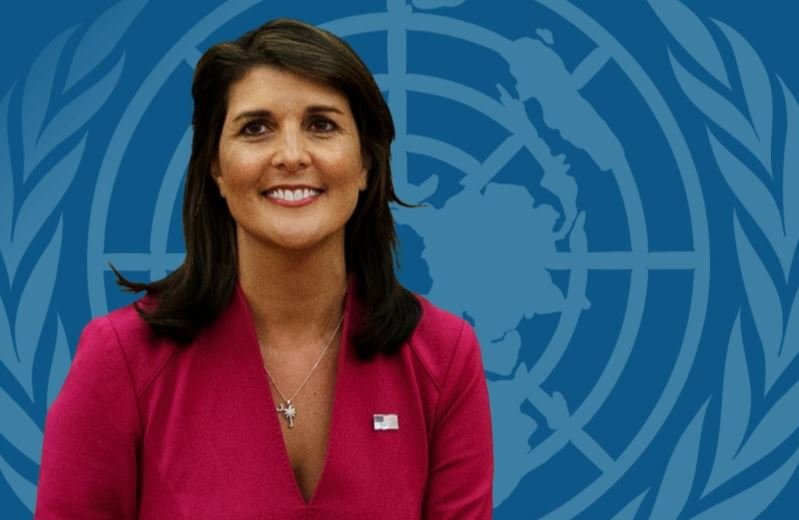 If Hillary Clinton and her fellow Democrats are to be believed, American men, especially Republican American men, simply aren’t ready to accept a woman anywhere near the Oval Office. Of course, they conveniently forget that it was they who excoriated the last woman to try, Sarah Pallin. Well, I for one, an old white Republican American male, am champing at the bit to vote for another, Nikki Haley, the former Ambassador to the United Nations. If her performance in that role, at least that portion that the media deigned to report, wasn’t enough to sway me, reading her book, With All Due Respect, cinched the deal.

To be honest, Ms Haley didn’t appear on my radar until she was appointed Ambassador by President Donald Trump. Thus, my judgement was initially formed on a very narrow window into her life and times. I didn’t know, for example, that she was previously the governor of South Carolina in which role she greatly contributed to her state, especially its economy. She attracted new investment, new businesses, and thus created new jobs. She helped her state’s citizens heal following a grievous racially-inspired hate crime and capped it off by leading the charge to remove the Confederate flag from the grounds of the State House. She even had the flag pole torn down to assure people that it wouldn’t be returning.

After answering President Trump’s call to serve as Ambassador, she reversed the legacy of President Obama’s infamous policy of leading from behind. Under her leadership, America once again assumed its rightful place as a moral arbiter. (Any who might ask “What right has America to be a moral arbiter” probably should stop reading her. You’re wasting your time and mine.)
Most importantly, Ambassador Haley made the UN work for its money. Agencies were put on notice that America’s taxpayers expected value in return for their contribution, their massive contribution to that organization’s budget. And she got results.

Of course, like Sarah Pallin, Ambassador Haley’s success was met with the ire of the progressive Left and its shills in the Democratic party and the media. An author published a book in which he accused her of having an affair with President Trump (what other reason might a woman serve that man) and the media winked and nodded in agreement. Indeed, Ambassador Haley was a late comer to the Trump camp, a very late comer indeed. She campaigned for the last of his serious contenders in the 2016 Republican nomination contest and yet President Trump called her to serve. Why? It appears that he can respect opposition, unlike most other politicians. Then again, he isn’t actually a politician, is he? More importantly, he wasn’t looking for a sycophant, and he didn’t get one. When Ambassador Haley disagreed with the President’s position or choice of words, he didn’t have to ask for her opinion. She was in his face with it.

Frequently, throughout her book, Ambassador Haley harkens back to the charge that she was often considered ambitious, a fatal flaw in women in the opinion of many, women as well as men. Sadly, in my opinion, they mistook dedication and competence for ambition. Too often, I have met ambitious men and women who had no dedication or competence, just raw ambition. It is a fatal flaw in anyone regardless of their identity (as Democrats prefer to segregate people).

Speaking of segregation, Ambassador Haley is well versed on that aspect of American culture. As the daughter of Indian immigrants, she grew up brown in a black and white world. She and her sister were truly strangers in a strange land. Rather than adopting the posture of victim, she marched headlong, headstrong into the conflict. As a child she exhibited unparalleled courage, a personality trait that is visible in her every aspect to this day.

Yes, I’m a fan. Let her run. Please let her run for President. I will vote for her like a Democrat, frequently if need be.
Posted in these groups: United NationsAmbassador

1SG Cj Grisham
Posted 3 y ago
Probably because there hasn't been a woman candidate worthy to elect. Who cares about their genitalia?
(15)
Comment
(0)

Lt Col Charlie Brown
Posted 3 y ago
I would love the opportunity to vote for Ms Haley. I always thought Condi Rice would have made a great candidate but she had more sense than most...she chose not to do so.
(12)
Comment
(0)

SPC Steven Depuy
9 mo
I think she is enjoying her life at the Hoover institute, but I agree on both counts.
(0)
Reply
(0)
Show More Comments
Read This Next
RallyPoint Home